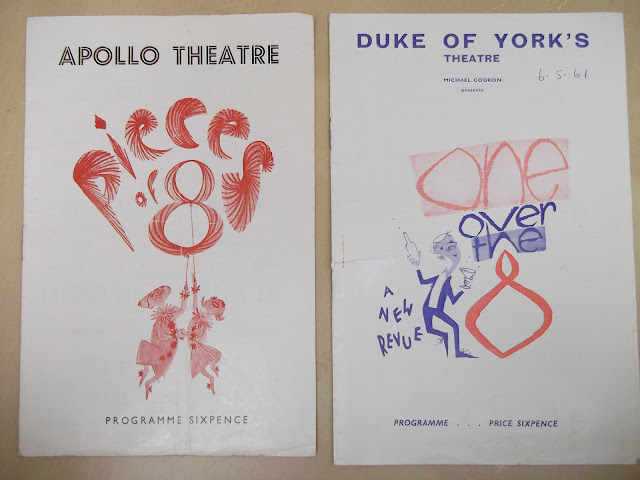 A couple of theatre programmes this week. Both quite rare survivors. It's the name of one of the writers in the first one that caught my eye...

In May 1958, Harold Pinter's play The Birthday Party opened in London. Eight performances later, it closed, after a critical and commercial battering. (True, influential Sunday Times critic Harold Hobson gave it a rave, but it had already come off by the time that review was published.) Pinter would eventually break through in 1960 with The Caretaker, but in 1959, when his Birthday Party producer Michael Codron put on a West End revue starring Kenneth Williams, the 29 year old writer was probably happy to be asked to contribute a few sketches.

The lead writer for Pieces of Eight was a wunderkind who was then still a student at Cambridge: a pre-Beyond the Fringe Peter Cook. His sketch 'Not an Asp' is probably the best-remembered bit of the show, and was still being performed by Kenneth Williams, and indeed Cook himself, decades later. 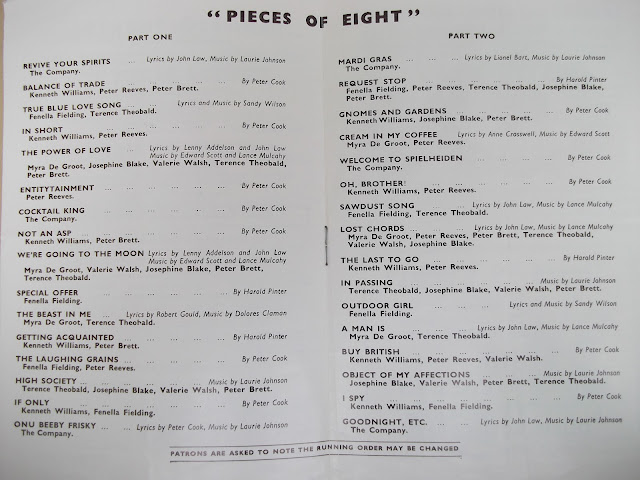 Pinter had four sketches in the show: 'Special Offer', 'Getting Acquainted', 'Request Stop' and 'The Last to Go'. Of these, 'The Last to Go' was the only one to make it onto the Original Cast Recording album, which is still available. It's a typically, um, Pinteresque piece of desultory conversation between an old newspaper seller (Williams) and a bartender, which manages, by not really being about anything, to be about pretty much everything. There's a later performance, without Williams (but possibly featuring Pinter?) which you can hear in full here.

Though the other three sketches were published in the collection A Slight Ache and Other Plays, it appears Pinter chose not to preserve 'Getting Acquainted', and I've seen the piece described as 'possibly lost'. However, given that the revue's full script would have been submitted to the Lord Chamberlain's office to gain a licence for performance (as all theatrical productions had to do back then), there must be a file copy somewhere, probably in the British Library. 'Umbrellas', a forgotten Pinter sketch for a later revue, turned up there last year, and caused quite a fuss.

Here's Kenneth Williams, pictured in his dressing room before going on to perform in Pieces of Eight. I wonder if he ever got a visit from Harold. 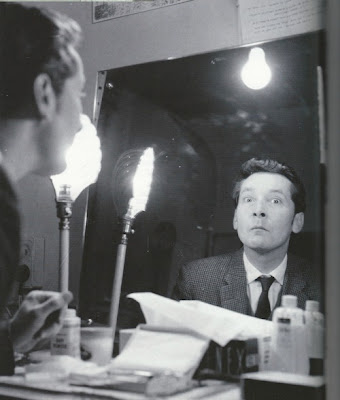 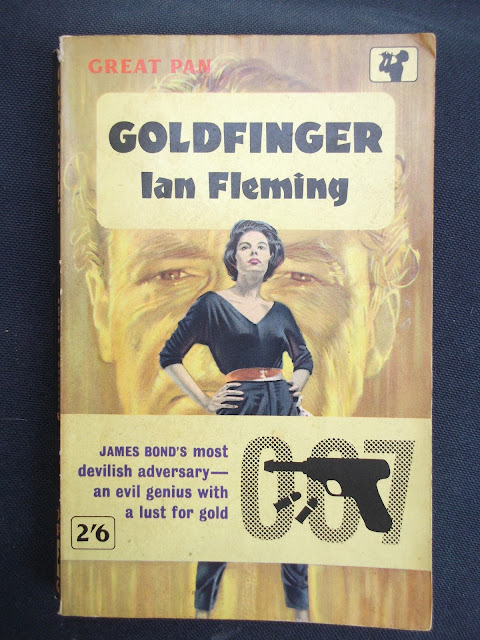 A 'bread and butter' book this week: nothing to set the world on fire, not especially rare, but a nice copy of a collectable book, and an excuse to link to this (the best ever deployment of the line "Good evening Mr Bond").

I'm not a James Bond collector, luckily, as it can be an expensive business. Dustjacketed firsts are a mainstay of UK Bookfairs, and copies of the early ones in really good nick go for silly money. Add a Fleming signature and we're into the stratosphere. Bond never seems to go out of fashion, but after that Olympic cameo, and with the 50th anniversary of the first film adaptation, Dr. No, and a new movie, Skyfall, both coming up this year, I imagine the book collecting side is in pretty rude health.

I suppose there must be people out there who have gone beyond the hardback firsts and now want to collect all editions of every Bond novel (an endless task, surely), but one of the first stages on that journey must be to assemble a shelf of paperback first editions. It's by no means easy (true first printings of the paperback of On Her Majesty's Secret Service are ridiculously rare), but if you're not fussy about getting a 1st/1st – the copy I'm selling this week is a 1st/5th, for example – then you can find copies without having to break into Fort Knox (see what I did there?).

Then again, this book might find a buyer who is not a Bond collector. This chap collects Pan paperbacks. His wonderful website is both a testament to a rather scary obsession, and a very useful research tool. He's only got three Pans left to go before he has a full set. I rather hope he never makes it. (What will he feel like if he did?)

For Bond collectors though, here's the paperback motherlode: Piz Gloria (named after the location used for Blofeld's mountain base in O.H.M.S.S.) has nearly 500 different covers to pore over.

By way of illustration, here are the covers, in no particular order, for Moonraker alone (or Too Hot to Handle, as it was first called in the USA... ) 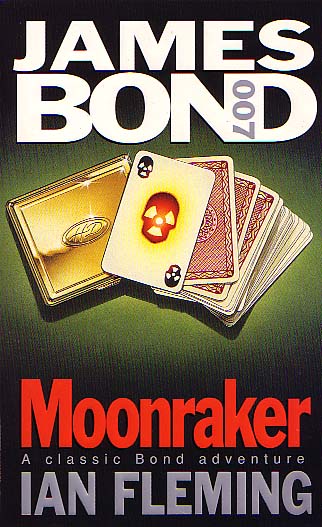 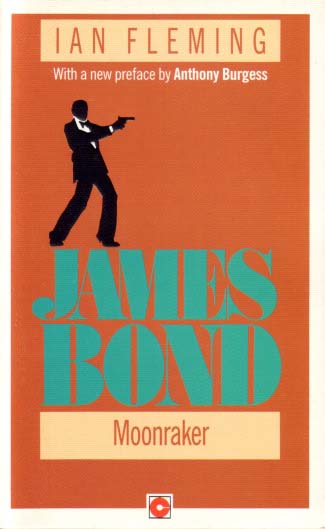 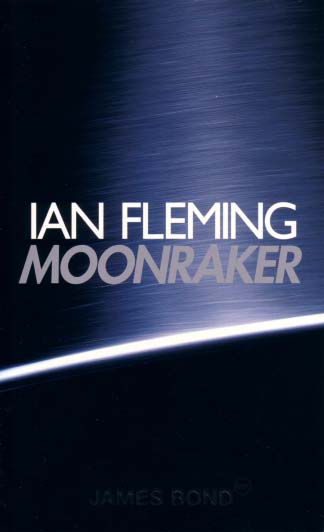 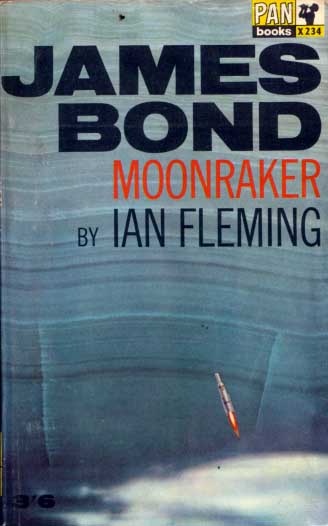 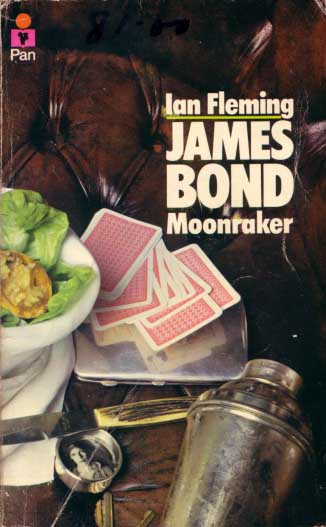 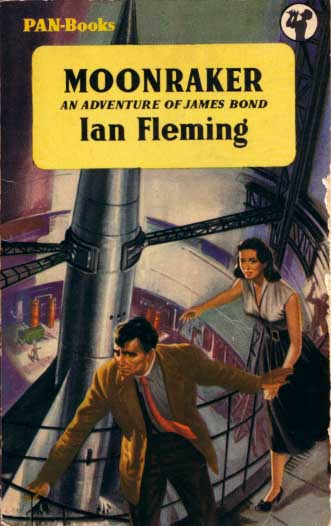 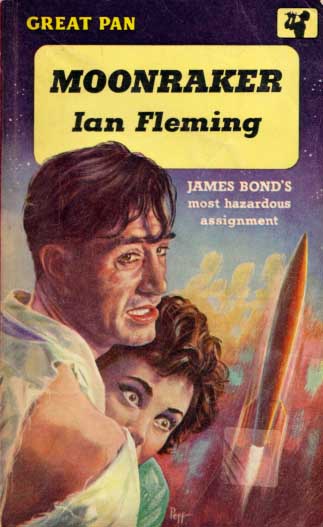 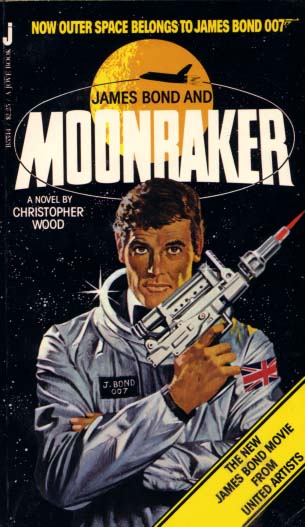 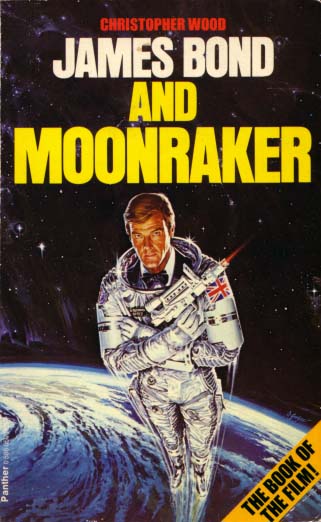 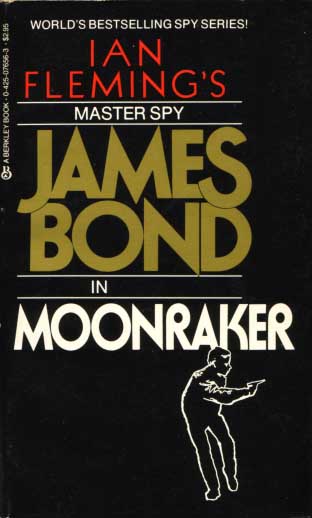 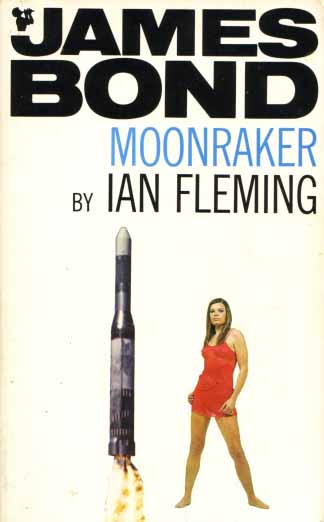 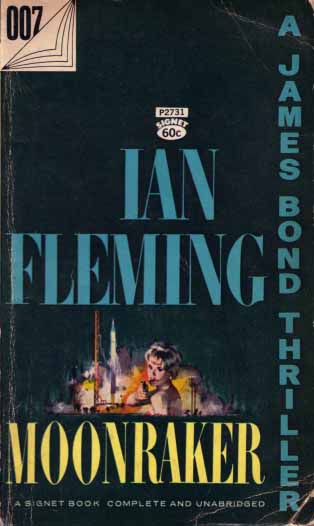 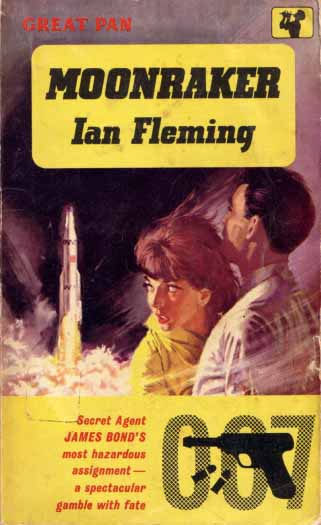 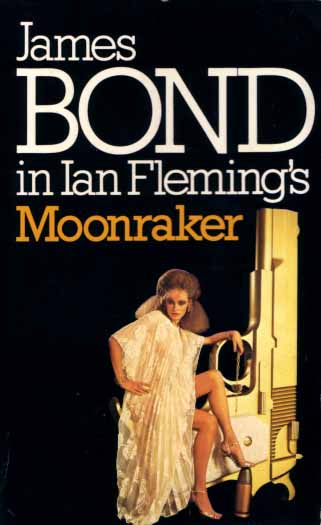 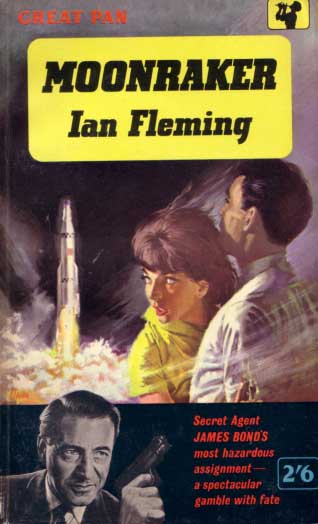 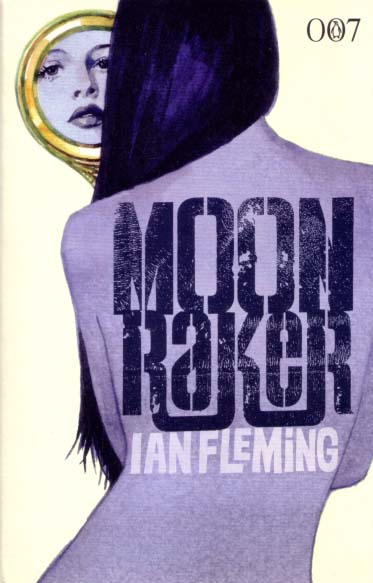 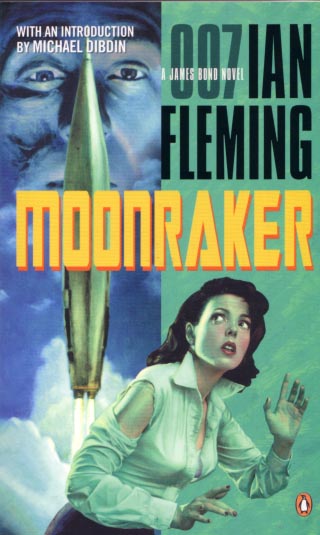 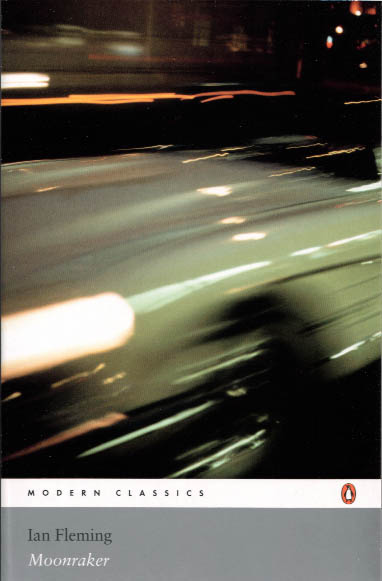 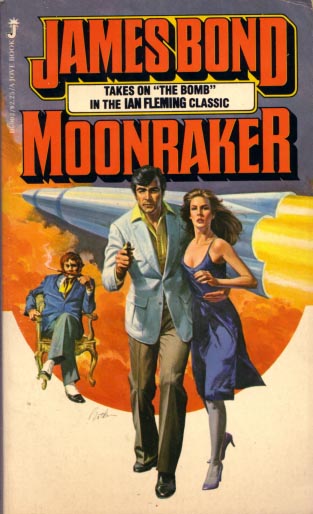 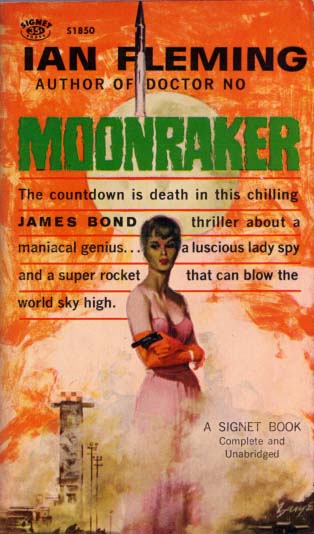 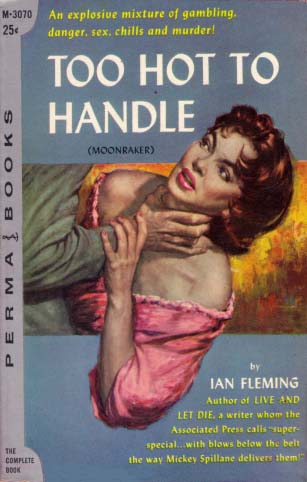 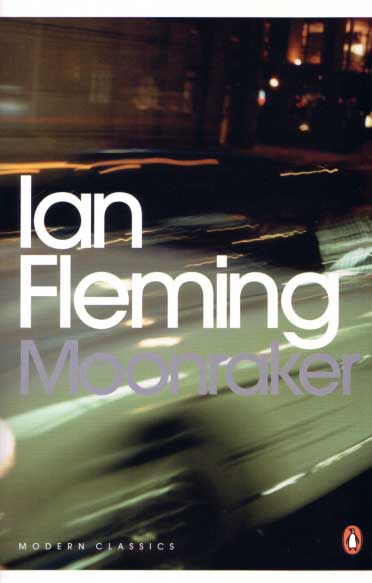 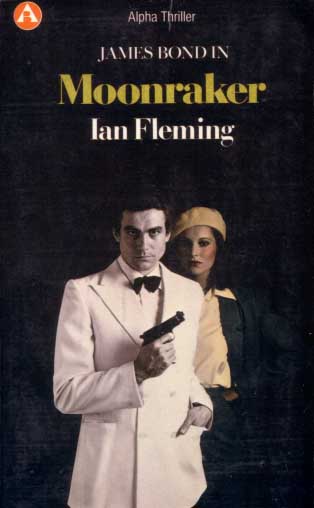 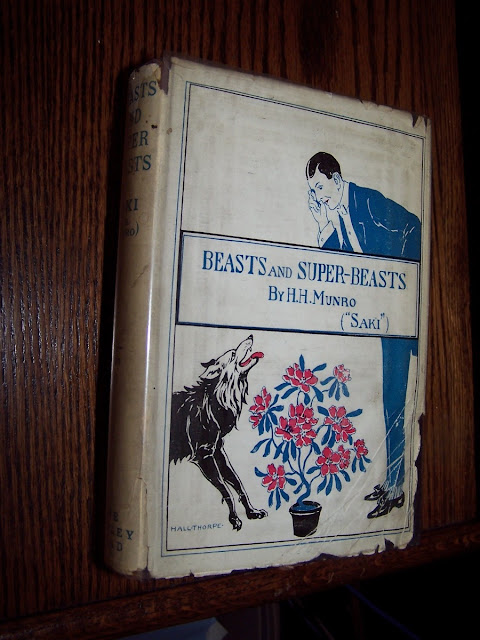 After my previous post about this wonderful, and ridiculously rare dust jacket for a book by one of my favourite authors, I thought I'd try and find out a bit about the artist, who's clearly credited in the bottom left hand corner: 'Hall Thorpe'.

Mere seconds on Google reveal that it has to be John Hall Thorpe (1874-1947), who, it turns out, was an Australian-born artist who moved to England and made his name with a hugely popular series of colourful woodblock prints. Though he also produced landscapes and city scenes, his trademark was  flowers. Here's his single most famous print, 'The Country Bunch', made up from 15 blocks which apparently took Hall Thorpe a full year to prepare: 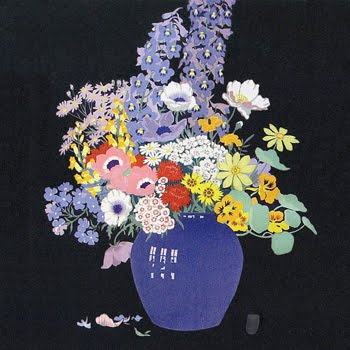 This print, and many others like it were hung above countless fireplaces in the 1920s and 30s, and Hall Thorpe still has a considerable following today, as this 2008 exhibition catalogue shows. He was really hitting his stride in the period just after the First World War, exactly the time he would have designed the jacket for Beasts and Super-Beasts, which includes some flowers along with the society gent and the wolf, just for good measure.

The very informative blog The Linosaurus, which contains several posts about the artist (who bizarrely does not have a Wikipedia entry yet), mentions a children's painting book with art by Hall Thorpe, but I've yet to discover any other book or dust jacket work by him: which makes his Saki design doubly rare! (And gives me another reason to be annoyed I missed my chance to buy it...)

John Hall Thorpe ended up living in Bexhill, on the South coast of England, where he died of pneumonia in 1947 (a committed Christian Scientist, he refused medical help when he got ill). If you're local to the area, you might want to visit an exhibition of his prints being mounted by Pimpernel Prints at The Seaside Gallery in Bexhill from the 10th to the 22nd of September 2012. I might pop along meself.
Posted by Withnail Books at 19:06 No comments: