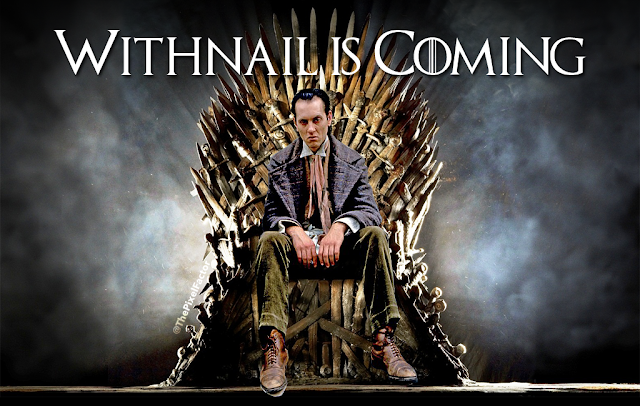 "Withnail is Coming" squealed the viral Photoshop collages, when it was announced that Richard E. Grant was going to feature in Game of Thrones.

It has been previously noted on this blog (here) that the GoT show runners David Benioff and D. B. Weiss must be Withnail fans: giving Diana Rigg a line which included the words "perfumed ponce" is proof if proof be need be.

So it was only a matter of time before REG (as he is known to his fans) appeared in the show. He duly made it to the screen in last week's episode, playing - what else - an actor. It was a cough and a spit of a role, so one hopes he'll be featured again... 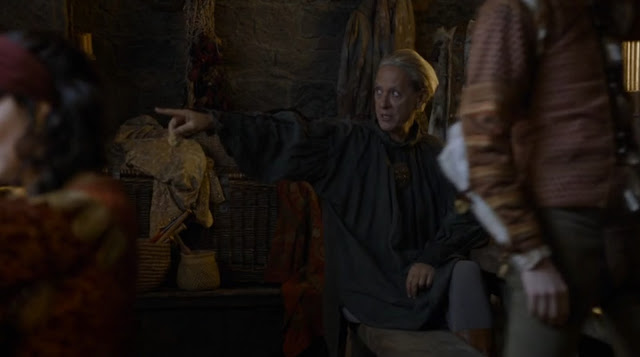 Also in the episode, reprising his recurring role as Aeron Greyjoy, was this chap: 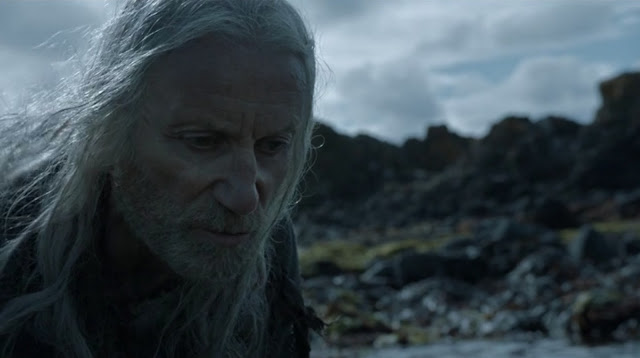 That's noted English stage and screen actor Michael Feast. Many years ago, he shared a flat with a few other aspiring young actors. He's the long-haired one sitting in in the middle of this photo... 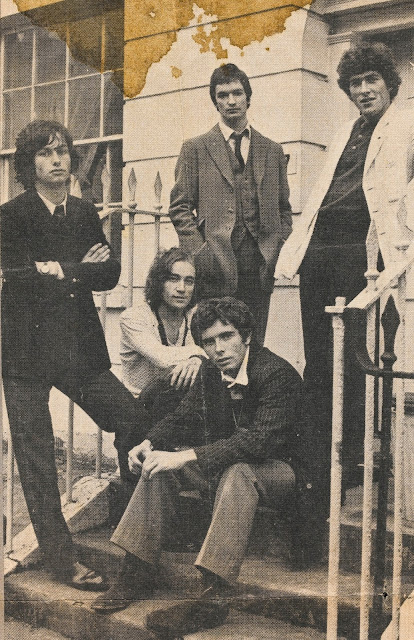 ... and yes, standing on the left is Bruce Robinson. While it's been well-documented that the character of Withnail was based largely on another of the flatmates, Vivian MacKerrell (who's standing at the back in the middle), Feast had a large part to play in the genesis of Robinson's script, not least because it was he and Robinson who actually went on holiday by mistake.

“That whole Lake District fiasco, all of that stuff happened. Getting into the field with the bull; the search for fuel; tying plastic bags round our feet; the chicken thing. The cottage was a tip. The farmer — who did have a plaster on his leg — was just looking to make a bit of extra cash from idiot southerners. It was freezing. We were burning bits of furniture. We slept with our coats on. Even ‘We want the finest wines available to humanity’ was coined up there. The first night we blew all our money on a slap-up meal in one of those very upmarket hotels.”

Is it a coincidence that the show runners cast Feast on Game of Thrones? Surely not. Sadly, given that REG is in Braavos and Feast is in the Iron Islands, it's unlikely they'll share a scene, but we can hope...
Posted by Withnail Books at 20:01 7 comments:

I found these two photos in a flea market one Sunday morning in New York. (Apologies for that rather smug-sounding sentence, but it is nevertheless 100% true.)

They caught my eye because they were both pin sharp and very well preserved, and obviously taken in mid-air. 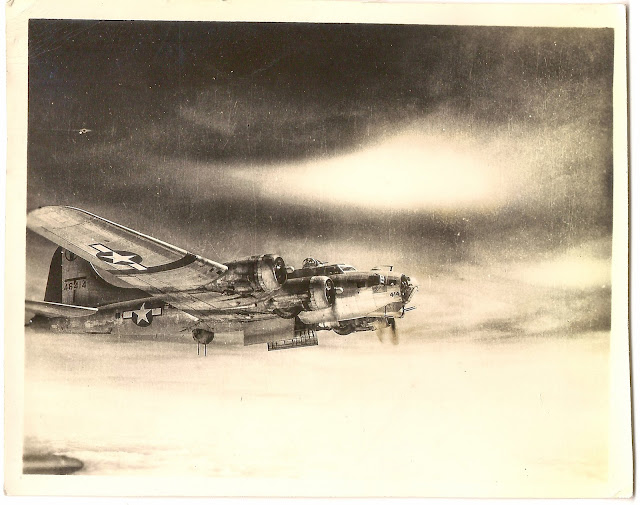 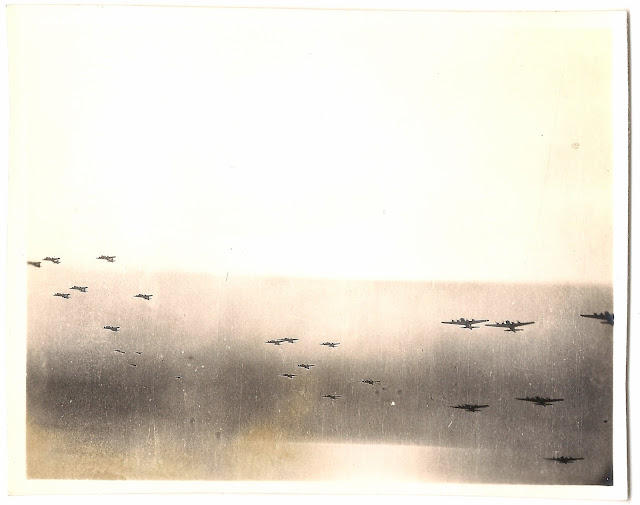 I also noticed that a tail number was clearly visible in the first photo: 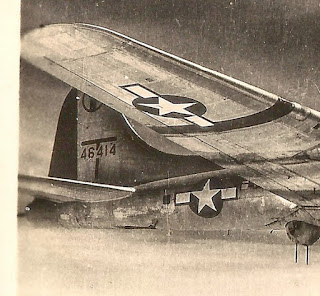 With this information, and a bit of googling, I could track this precise aircraft down.

According to this link, B-17 46414 was assigned to the USAF Second Bomb Group (Heavy), 96th Squadron, which was based in France, Tunisia and Italy during WW2. 46414 flew 55 missions, and ended up at the Kingman aircraft graveyard, where it was presumably broken down for scrap.

www.2ndbombgroup.org has lots of great information. It also has the story archived here, which I'm going to reproduce in full, as I *think* it might be about the exact aircraft in the photo. I'm not 100% sure, because the ID number the story quotes has an extra '4' on the front of it. But there was no B-17 446414 that I can find, so perhaps that was just a typo? Anyway, if anyone can shed any further light, or indeed suggest when/where the photos would have been taken, I'd be very much obliged...

"It has been almost a year since I began researching some of the events of my
father's  service during W. W. II and written with you all. I just wanted to touch
base with you guys and share a little of what I've found out so far."

After digging through the Second Bombardment Association's roster
of members I sent out several letters to gentlemen that had names that
matched with names on photos found in my father's belongings.  I was
sure surprised when I got a phone call several months ago from one of
the men that served with my father. They trained together and flew to
Foggia together.  I have been in touch with the radio operator that was
on the same crew as my dad when they were shot down on December 25,
1944.  The radio operator, William (Bill) Forehand, has sent me his hand
written recollection of the event.  I thought I would share it with you. I
know that the "Second was First" and "Defenders of Liberty" do not
list this particular event, but I have to say in my opinion a handwritten
account from a crew member is about as good as it can get when it
comes validation of the story.  Here is a condensed version of what
he wrote:

Flying B-17 #446414 on 12/25/1944 they lost an engine due to flak over
target Brux.  Soon after they lost a second engine (and at some point they
eventually lost a third, unknown if it was before or after the Alps) After
barely making it past the Alps the pilot sent our a Mayday and they prepared
to ditch in the Adriatic.  British Air-Sea Rescue sent a Supermarine Walrus
Seaplane to rescue the crew once they had ditched. Before ditching the
Walrus relayed a communication that indicated a short landing strip
abandoned by the German Air Force near the beach at Ancona. The British
8th Army had driven the German 10th back far enough for the British to
occupy the landing strip.  At the last moment the decision was made to try
the strip instead of ditching in the freezing Adriatic.  Upon landing the
B-17 went off the end of the strip and got its wheels mired in the mud.
The battle line between the British Eight and the German 10th Armies was
close enough that they could hear the noise from the confrontation.

They were treated well by the Brits who shared their Christmas rations
and cheer with the crew.  The British also notified USAAF command of
the situation.  With 3 engines our of commission and wheels stuck in the
mud the next day the crew returned to Foggia via Army Truck.

Posted by Withnail Books at 13:43 No comments:

On Saturday, November 17th 1860, The Penrith Herald newspaper's front page, as was the norm for that time, was full of ads. John Bell for example was busy announcing the opening of his new drapery, with its "lowest possible prices".

In 2016, local artist Ken Martin has created a limited edition print of that front page, with sketches of the town over the top. I rather like it. If you'll allow me my own brief advert, you can see the print, and a lot more besides, in the View Two Gallery, which has now opened at The Brunswick Yard (which is also home of course to Withnail Books' Little Shop). 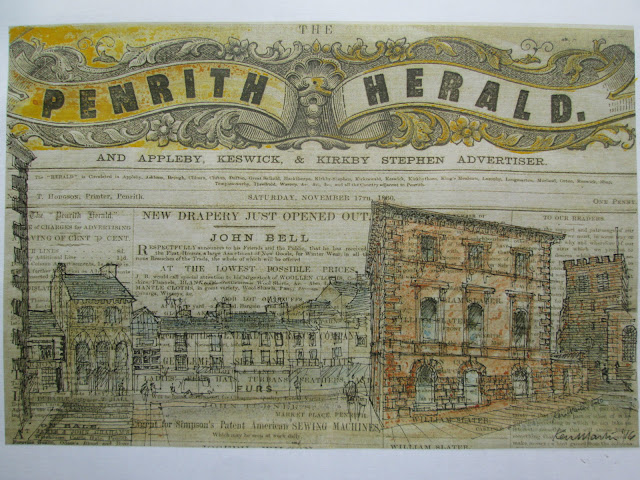 Posted by Withnail Books at 11:51 No comments: 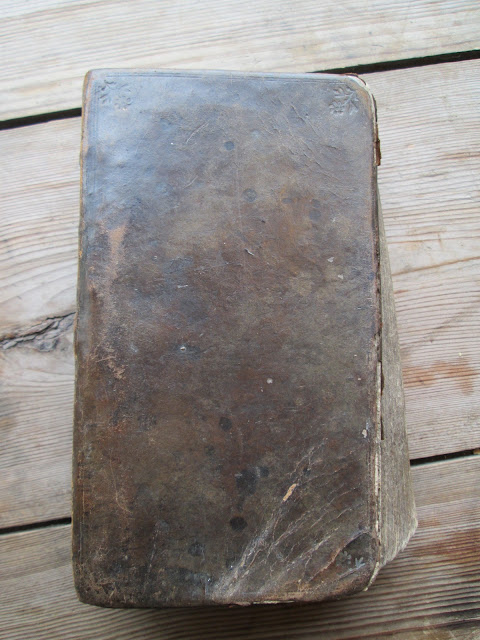 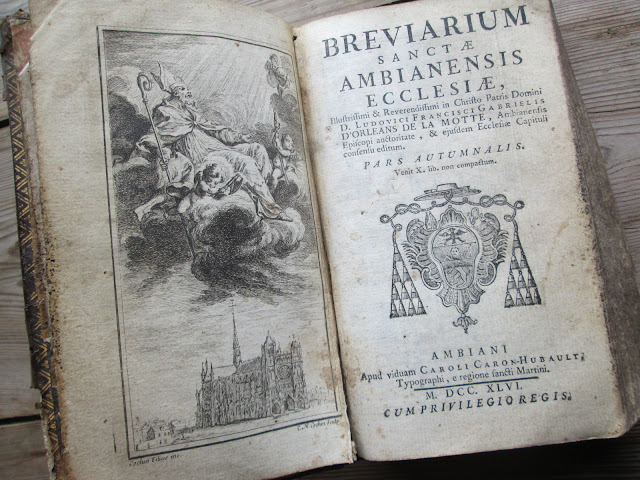 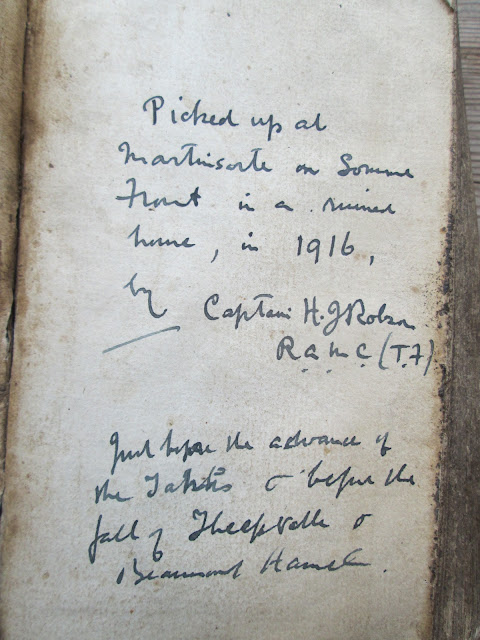 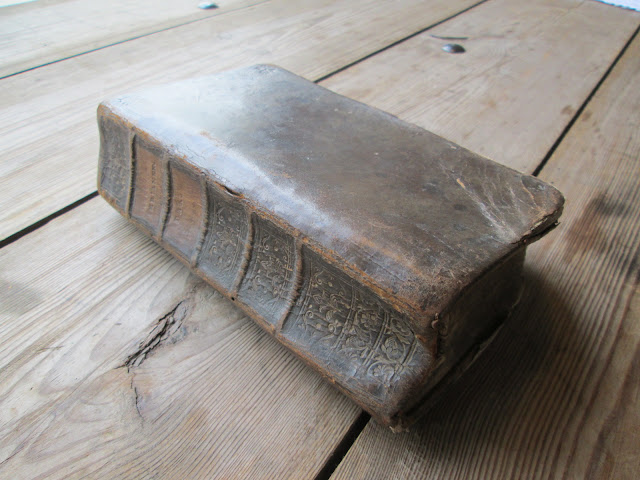 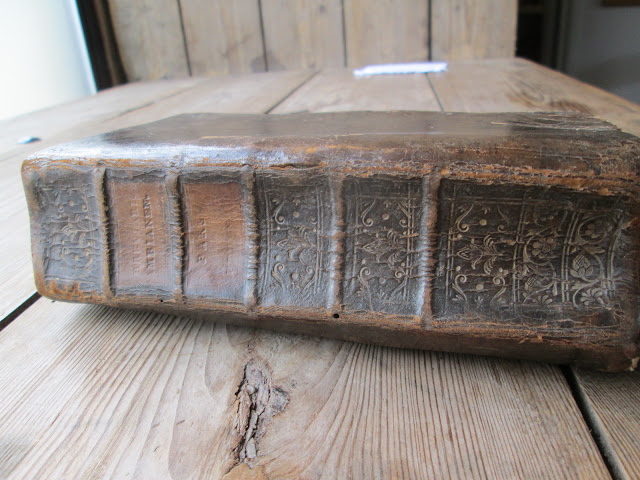 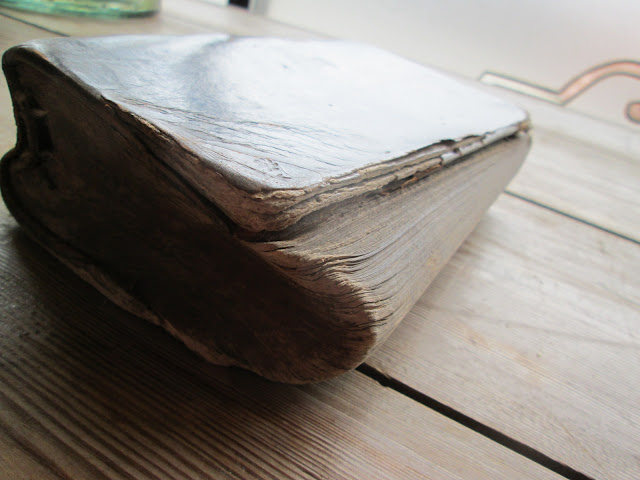 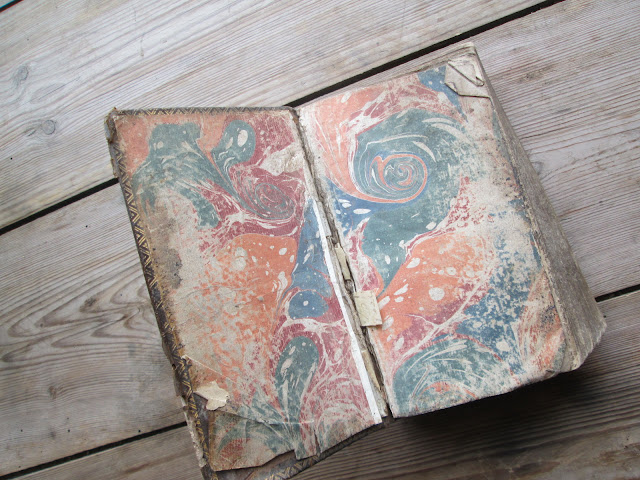 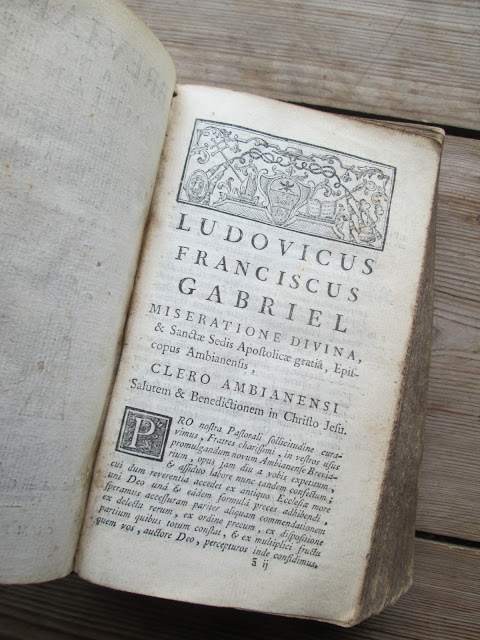 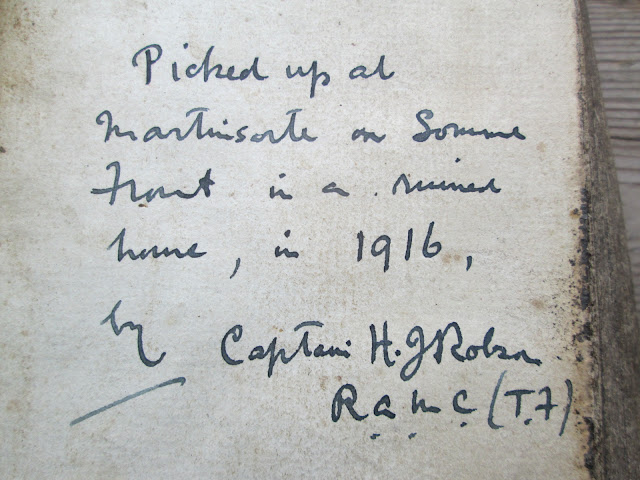 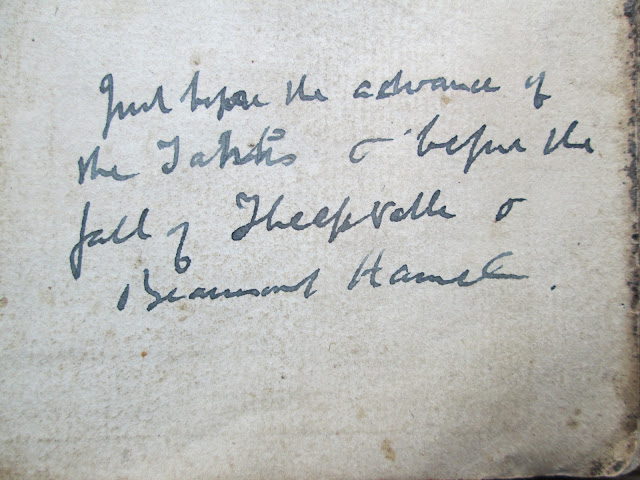