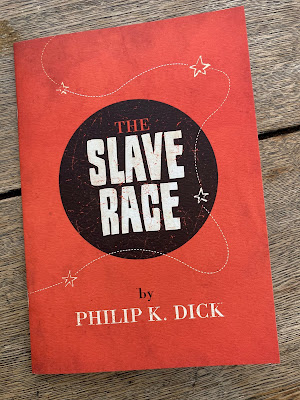 A limited edition of 250 hand-numbered copies

Each copy features a tipped-in frontispiece illustration, based on an original linocut by Sharon Newell

'The Slave Race' was Philip K. Dick's first published science fiction story. It appeared in his local newspaper in 1944, and has been largely forgotten since — it does not feature in any edition of his Collected Short Stories. Though brief, it is nevertheless an astonishing piece of work, an epic in miniature, dense with ideas and concepts to which Dick would return again and again...

This chapbook is A5 format, 12pp including a cover printed on heavy Rives Shetland paper, and interiors on uncoated paper. The frontispiece illustration is printed on a separate 300gsm silk stock postcard, and tipped in by hand. 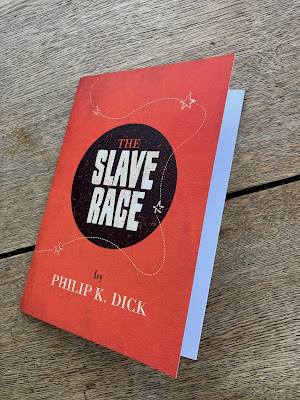 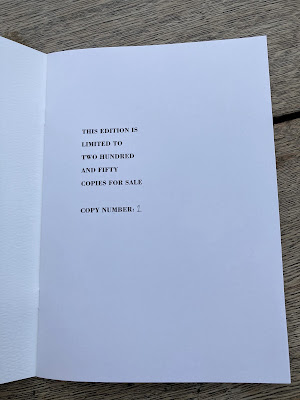 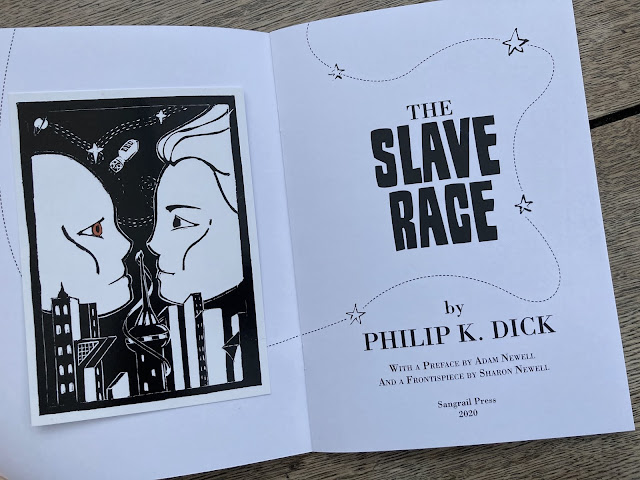 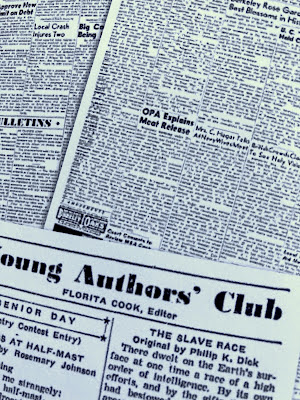 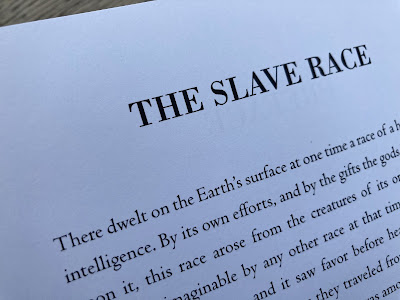 Many thanks to Sharon Newell for her wonderfully evocative linocut which became the basis for the frontispiece, and to Martin Stiff for his impeccable design and layout skills. A special tip of the hat to Frank T. Hollander, for his efforts in making sure that Dick's earliest published work has not been completely forgotten. This little edition stands on your shoulders, sir.

DISCLAIMER: This publication, presenting a story which is in the public domain in, and will only be sold to, the USA and other countries which follow the Rule of the Shorter Term, has not been licenced, prepared, or approved by the estate of Philip K. Dick.

Posted by Withnail Books at 15:43 No comments: