It's not every day that a previously unpublished photo of T E Lawrence comes to light; in fact in the decade or more I've been collecting Lawrenciana, I can't remember any turning up (well, apart from one on eBay which turned out not to be him, a fact I know for sure because it was me who bought it and researched it to the extent that I could confirm it wasn't... but that's a story for another day).

Bonhams have this one going under the hammer next week... 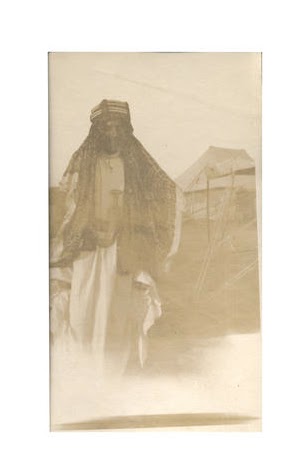 Fascinating stuff. Though I did email them to point out that they probably didn't mean to say that average size of the photos was a metre high...

I would dearly love to own this photo (and publish a limited edition book all about it), but something tells me it's going to go for a lot more than the upper end of that estimate. 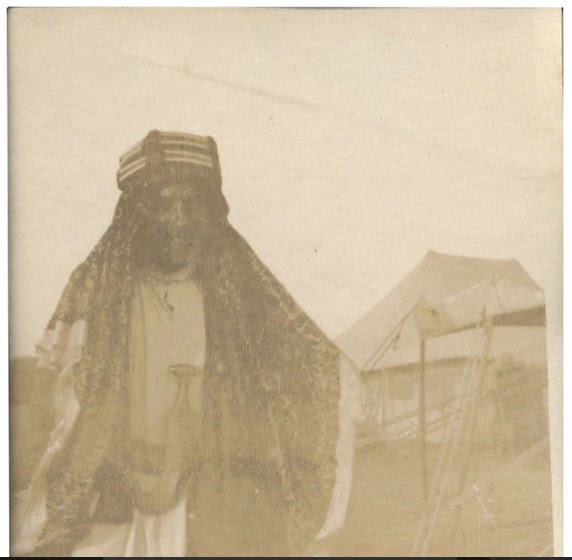 ... and here's another newly discovered photo of Lawrence... 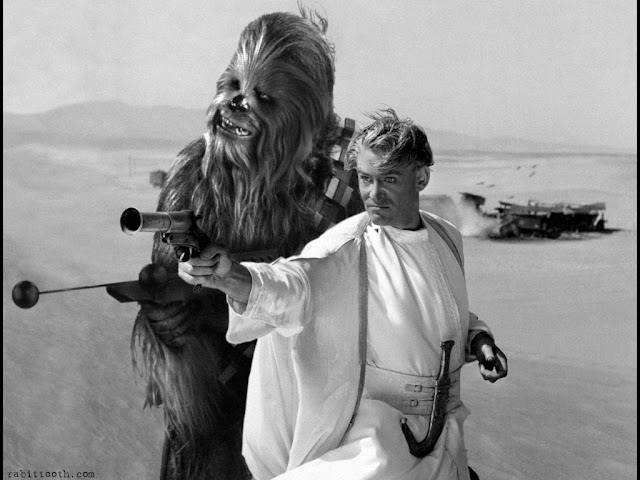 UPDATE: The photo at Bonhams sold for £4000, including the Buyer's 20% premium, but not including the 20% VAT on top of that, so that's basically a five grand picture. I wonder if it will ever be seen or heard of again...

Posted by Withnail Books at 21:05 No comments: 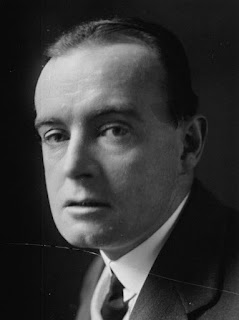 As any readers of this blog will know, few things tend to make me more giddy than an old Saki dust jacket that I've not seen before.

As a collector of all things H. H. Munro (and if you're not familiar with this writer best known for his Oscar Wilde/P. G. Wodehouse meets The Mighty Boosh short stories, just take 10 minutes to read 'Sredni Vashtar' or  'Tobermory'), I have previously become inordinately excited by the discovery of dust jackets — and rather wonderful pictorial dust jackets by noted artists at that — for Beasts and Super-Beasts and The Unbearable Bassington.

Now a copy of his second novel, the Germans-Invade-England satire (or rather call-to-arms, since it was published in 1913) When William Came, has turned up on ABE, complete with DJ. It's a fourth edition, which at first I dismissed as the first printing of the book in the smaller format, collected edition of Saki's work, all of which have quite scarce, but fairly boring text-only jackets, but now I've seen the photo with the listing, I realise it's a later printing, in blue cloth rather than the original red, of the larger format first edition. The design isn't as eye-catching as the ones previously featured here, but it's nonetheless another exceptionally rare survivor. 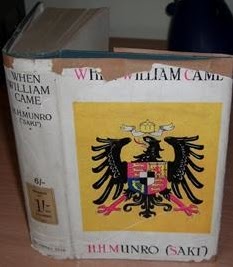 My heraldry isn't up to much, but I think that's a nicely apt mash-up of the United Kingdom and German coats of arms.

It's a shame about the extensive chipping and loss to the jacket, and at the £65 it's listed for, it's a little bit rich for me, though it's quite possibly the first and last example of it I'll ever see... decisions, decisions.

Having said that, probably the single most valuable book I own is a first edition of the same novel, signed by the author to the woman he was supposedly going to marry, but that's another story...

Posted by Withnail Books at 18:10 No comments: