A Book That's Not in Kansas Any More

As is the way with books like this (i.e. very, very rare ones), this particular volume sold in the time between me photographing it and managing to get this blog entry online, but it's still well worth recording here.

It's not dated inside, but this film tie-in edition of The Wizard of Oz presumably came out in the UK around the time the movie was originally released in 1939 (certainly you wouldn't expect such a lavish edition to have been published much later than that, due to wartime restrictions).

Unlike the American movie tie-in edition, this UK edition published by Hutchinson features 8 colour(ed) stills from the film, alongside the original illustrations by William Wallace Denslow.

This copy is missing its exceedingly rare dust wrapper, and the spine is damaged, but then I was only asking a fraction of the price a near-pristine one will cost you... (over a grand last time I looked on eBay). 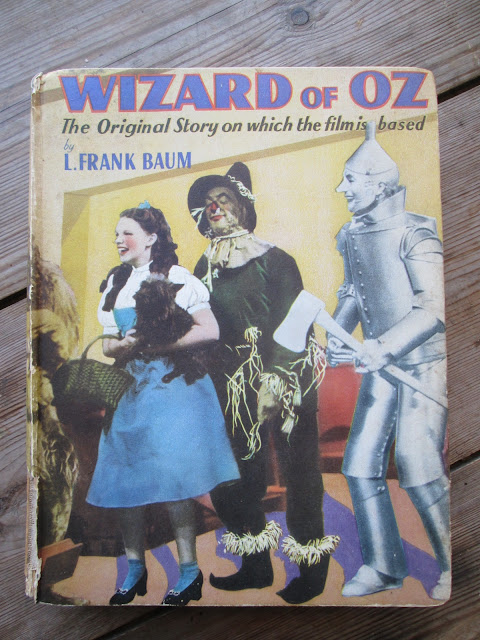 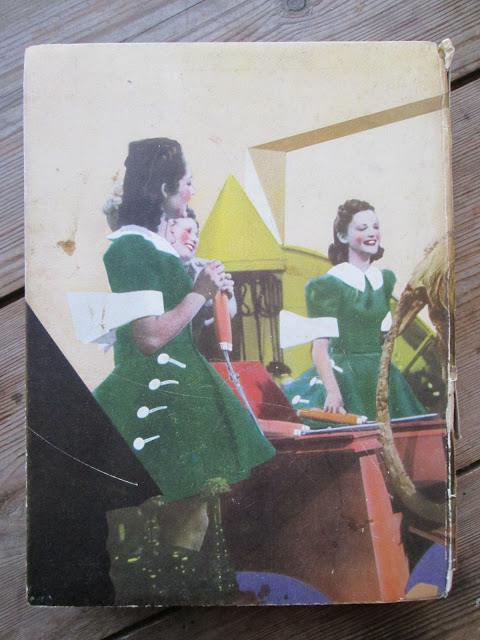 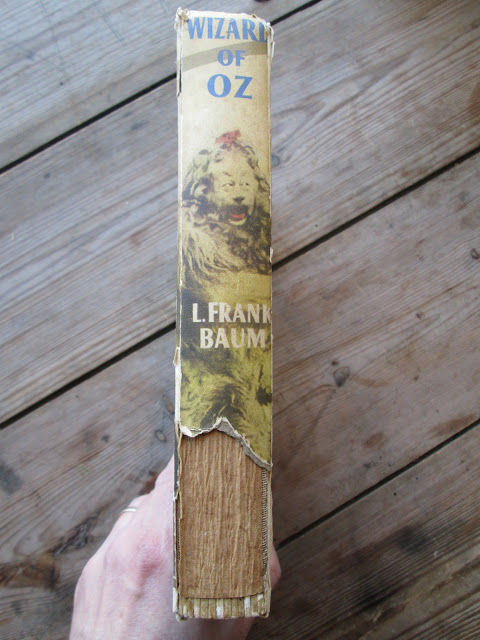 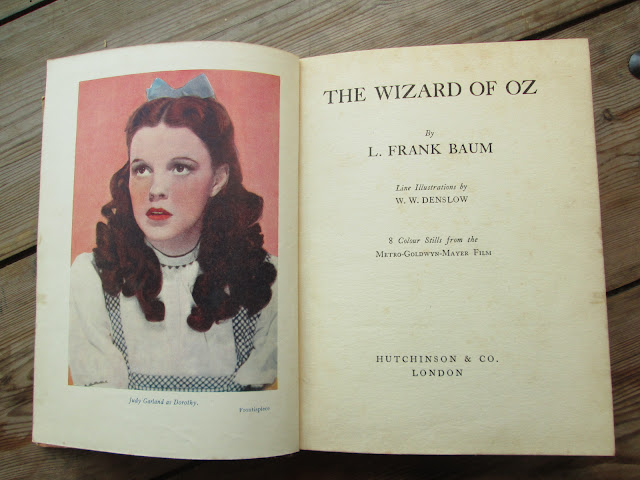 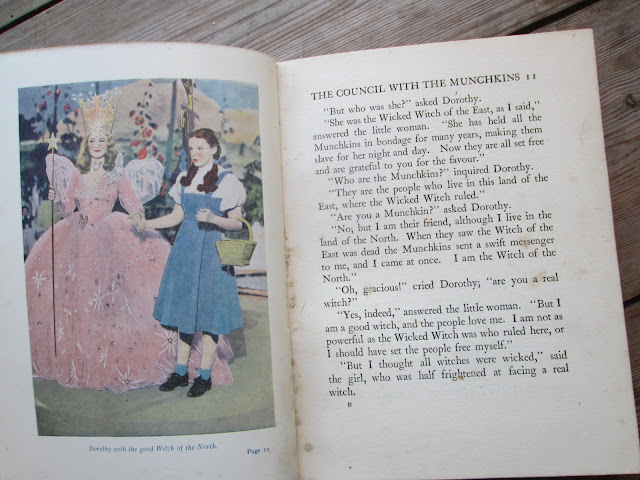 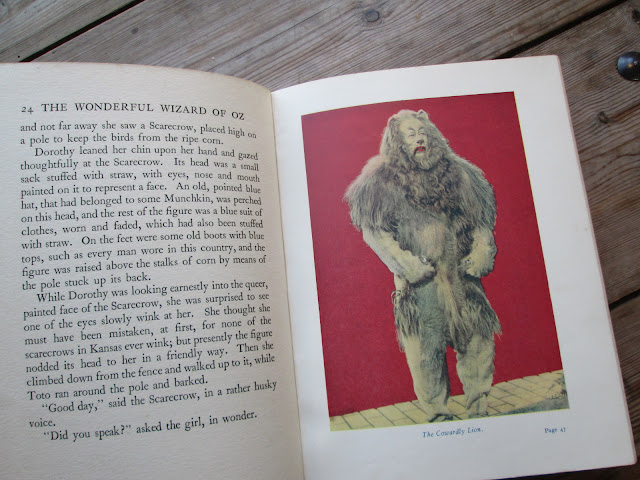 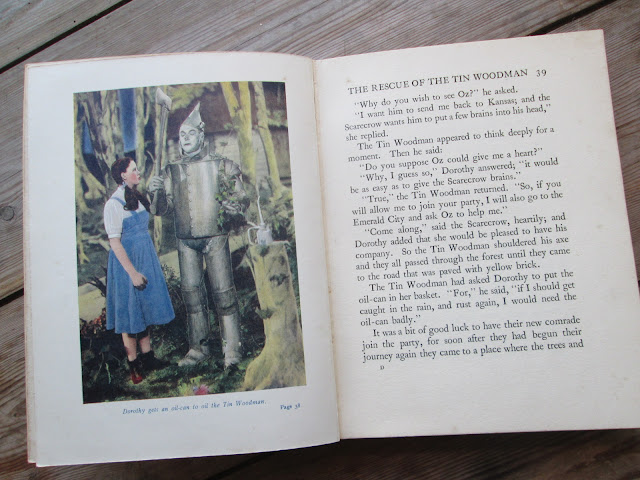 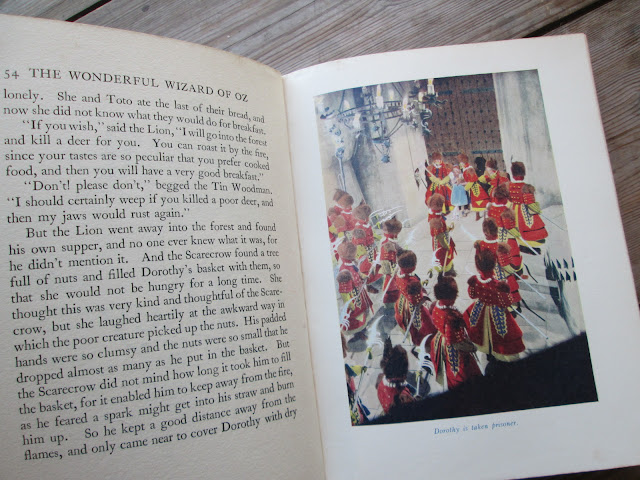 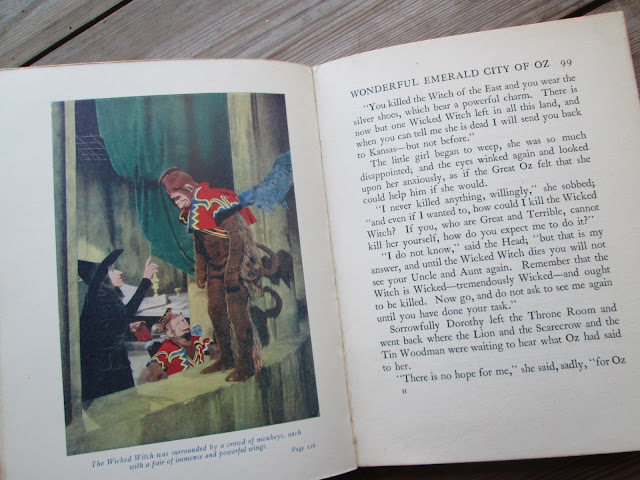 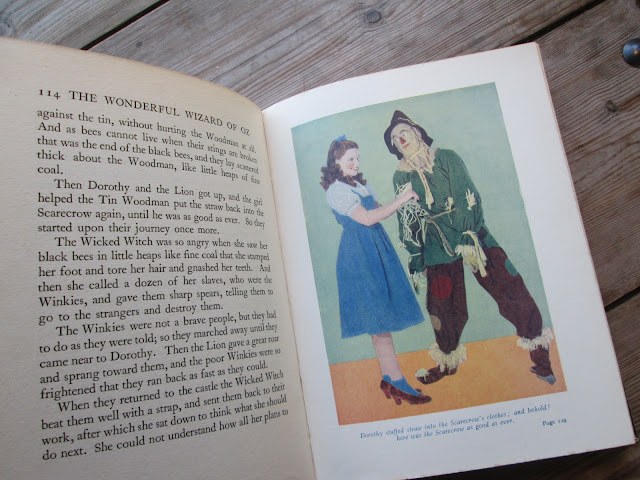 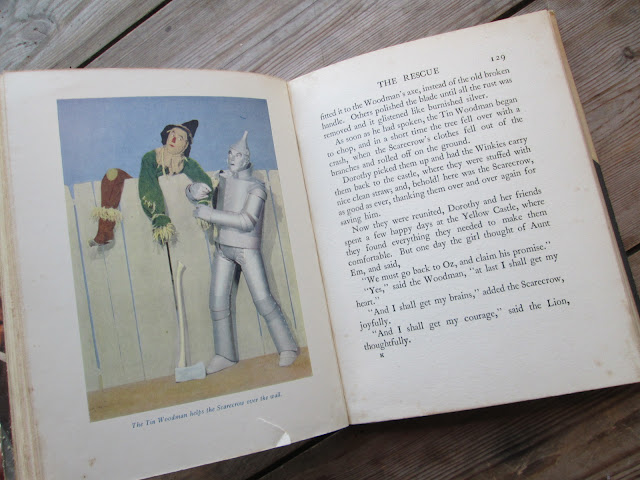 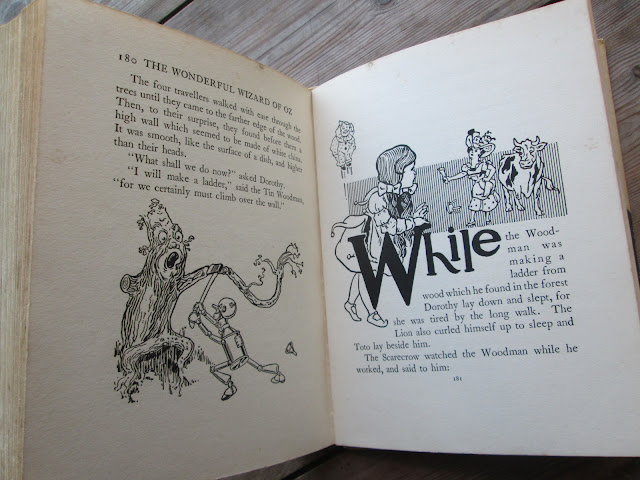 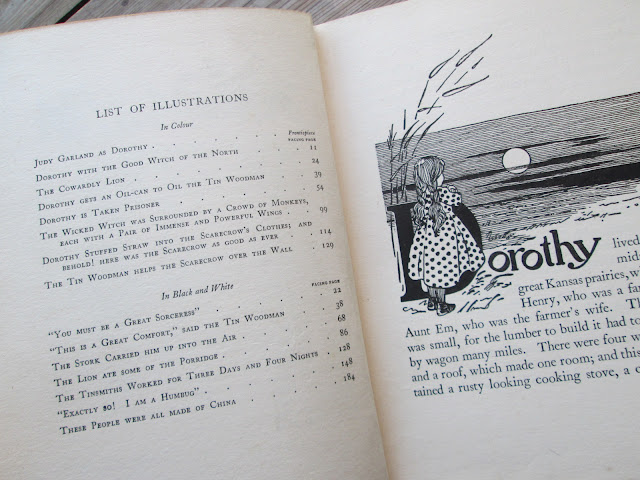 Posted by Withnail Books at 11:48 No comments: