The Man Who Could Cheat Death, John Sansom, Ace Books, 1959 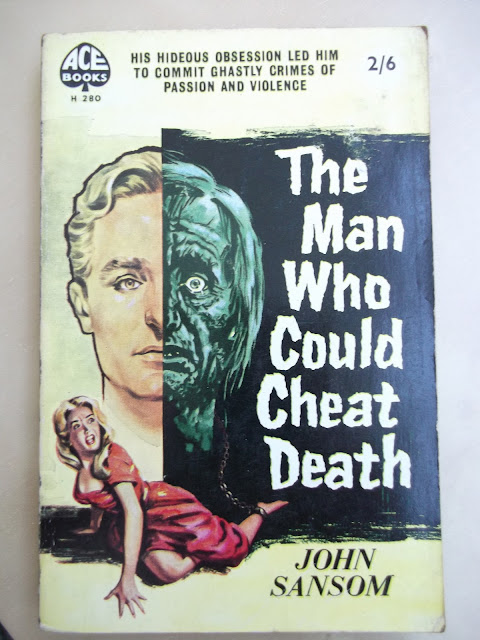 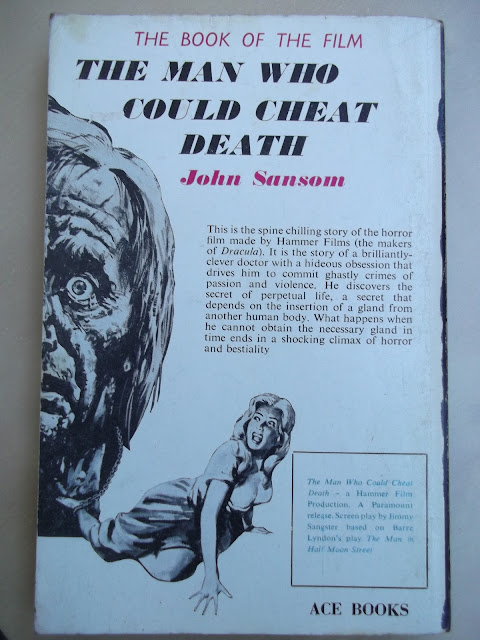 "What happens when he cannot obtain the necessary gland in time ends in a shocking climax of horror and bestiality."

I've not seen Hammer's The Man Who Cheated Death, but it looks like a cracker (though I assume the film is not as hilariously out of sync as this trailer):

Up this week is a copy of the tie-in novelisation, which is in pretty good nick, with cover art adapted from — it actually looks like it's been repainted, rather than just lifted — the UK quad poster for the film: 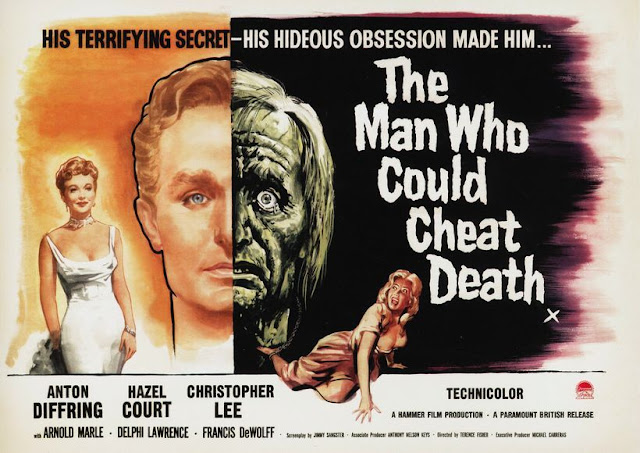 It would appear to be a fairly rare book, with just one copy currently on ABE, at £28, and the odd copy turning up on eBay now and again. I'd imagine it's of appeal to Hammer collectors only these days, and to be fair even they do not revere it as a lost classic. (The film many Hammer fans do regard as the best of the studio's vast output is The Brides of Dracula, which does not even star the iconic Christopher Lee. Interestingly, Bond fans have long held On Her Majesty's Secret Service to be the best of the series, even though it features a far from iconic Australian ex chocolate carrier as 007. This is an example of something, I expect.)

The titular death-cheater is played by Anton Diffring, who worked a few times for Hammer, including in this busted TV pilot for a series to be called Tales of Frankenstein, but he's best remembered for playing Nazi officers in countless films — this one being probably the best loved ("Broadsword calling Danny Boy" etc).

Diffring's final role was playing an old Nazi (natch) in the 1988 Sylvester McCoy Doctor Who adventure 'Silver Nemesis'. The story, which mixed neo-Nazis with Cybermen, dark Time Lord secrets and, um, jazz saxophonist Courtney Pine, was a lot of fun, but utterly incomprehensible, and has latterly become known amongst Whovians as 'Silly Nemesis'.

Diffring reportedly had no idea what was going on in the plot, or what his character was supposed to be trying to do (but then, frankly, neither did the scriptwriter). Apparently he only took the role because it would bring him to the UK from his home on the continent just in time for Wimbledon, which he then proceeded to watch on the telly any spare moment he got. Bless. 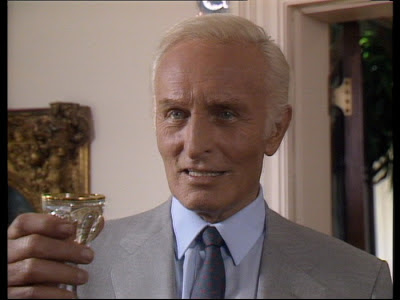