A Maltese ABEwhack, NICE Paintings, Giant Whiskers and their link to British Fascism. Now there's a sentence you've not read before.

This unassuming little book came across my desk a few days ago: 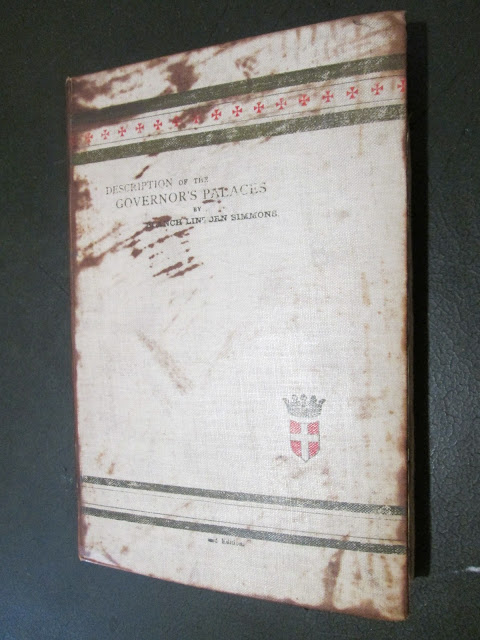 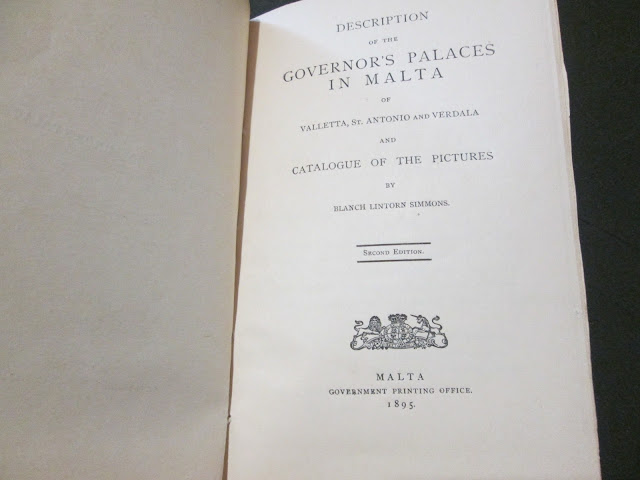 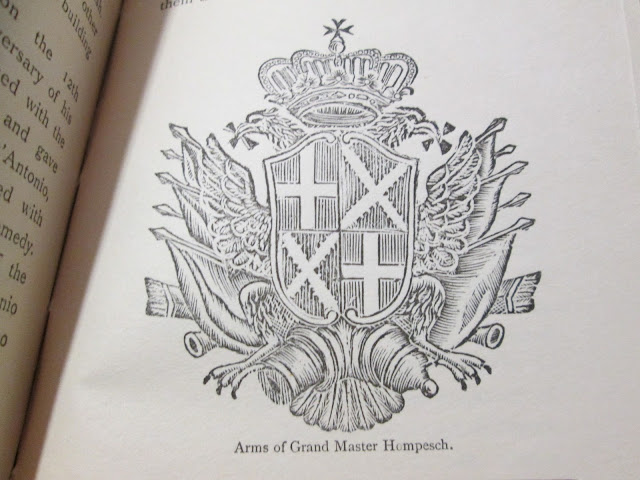 Description of the Governor's Palaces in Malta, of Valletta, St. Antonio and Verdala, and Catalogue of the Pictures, By Blanch Lintorn Simmons. Second edition, Malta Government Printing Office, 1895.

Its title is self-explanatory: a book with a very narrow remit, and no illustrations, bar a few vignettes 'from old blocks belonging to the Printing Office of the Order of St John'. A very rare volume it appears: there's no google ebook, and no copies — not even Print on Demand ones — on ABE. (I know technically 'ABEwhack' should mean a book with one hit/copy on ABE, but I've invented the term and I say it should mean no copies. So there.) Several libraries do have it however, so it's not a completely 'lost' title.

The copy I have has pages which are mostly uncut, so in all its 118 year life, during its long journey from Malta to Cumbria via who knows where, no one ever bothered to actually read it. Sad really, though this link to an entry from the National Inventory of Continental European Paintings (and yes, rather wonderfully, they call themselves NICE Paintings) does at least point out that:

The value of this work lies in it being an accurate record of paintings in the old palaces of the Order, 'found' by the British after the French surrender. A large number of these paintings are now in the National Museum of Fine Arts in Malta, so Blanch's catalogue helps fill in the gaps between the tenancy of the islands by the Order of St John, the French invasion, the British Protectorate, and the current independent State of Malta.

Good for Blanch. When she wrote the book, her Dad, Sir John Lintorn Simmons, was the Governor of Malta. He looked like this: 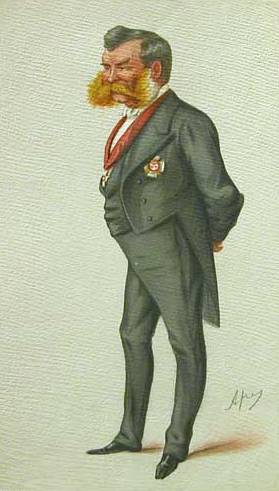 And in case you think that's a 'caricature' that's overplaying his frankly alarming facial hair, it isn't. Here's a photo of him. 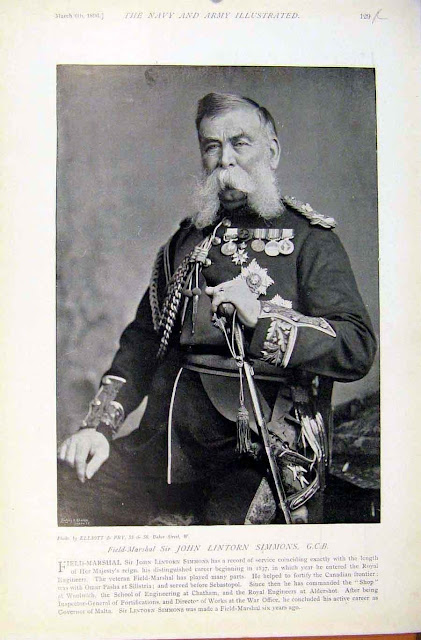 Terrifying. How did he eat?

Anyway. All this is apropos of nothing, other than as an example of stuff you find out on google within a few minutes of looking up a book. I'd love to think there's someone out there who reads this and triumphantly shouts, "Finally! A copy of Description of the Governor's Palaces in Malta, of Valletta, St. Antonio and Verdala, and Catalogue of the Pictures! I've been after one for years!" But let's face it folks, that probably isn't going to happen.

I promised you Fascism, so here goes. Blanch had a daughter, and she turned out to be a bad egg. Rotha Lintorn-Orman was a founding member of The British Fascists (not to be confused with The British Union of Fascists, oh no. Rotha considered Oswald Moseley of the BUF "to be a near-communist").

Here's a photo of her. She's even more terrifying than her Grandpa's whiskers... 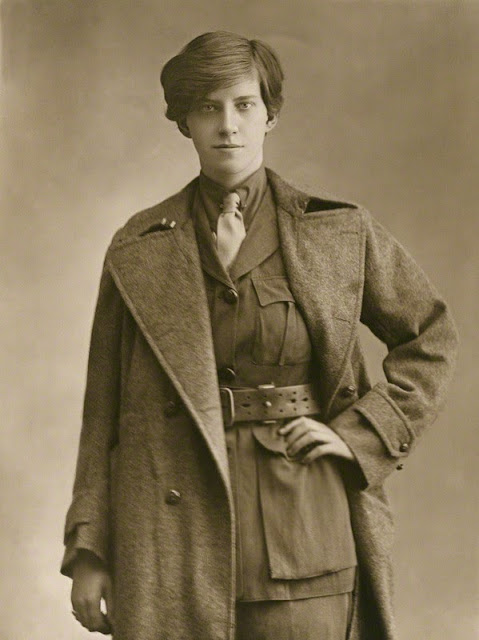