The death of Peter O'Toole this week has seen many describe him as 'the last of the hellraisers', sure to be even now raising a glass upstairs (or down?) with Ollie Reed, Richard Harris and Richard Burton. The last of these was of course the first to die, way back in 1984, and sad to say, there's a danger that Richard Burton is becoming somewhat of a forgotten figure, to recent generations at least. Ask the average person under 30 to name four Richard Burton movies, and they'd struggle, even if they had heard of him. Yes, he's still known as a famous Welshman, a hellraiser, and as part of sentences which contain the words 'Liz Taylor and...', but his actual work, as something which lives on in the public consciousness, is perhaps beginning to fade a bit (with the exception of this, obviously).

A piece of his legacy which has been almost completely forgotten is this book. It was published in 1964, a time when Burton and Taylor were King and Queen of the World, let alone Hollywood.

A Christmas Story is a slim volume, barely over 30 pages, and the 'story' is essentially an autobiographical fragment. It's Christmas Eve, and the eight year-old Rich is taken out of the house by his Uncle 'Mad Dan' to go and sing with the miners round the bonfire, because his sister is upstairs gravely ill... or is she? Perhaps young Rich will be getting an unexpected 'prezzy-wezzy'... 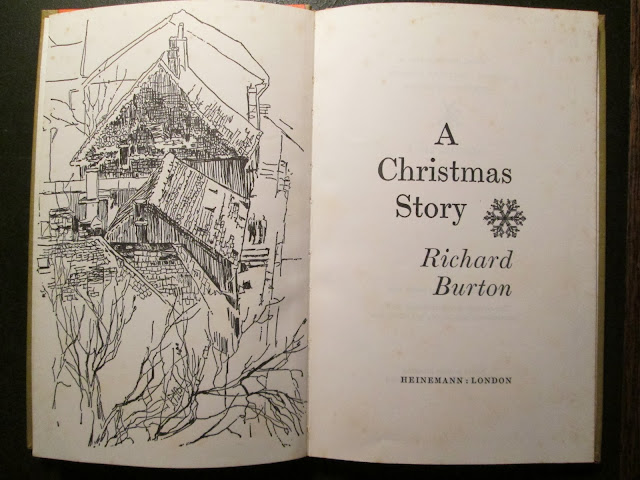 Given the subject matter, it's impossible not to think of Dylan Thomas's A Child's Christmas in Wales (which you can hear read by the author in full here). Burton knows the comparisons are inevitable, and also that he's not going to 'win', and so wisely namechecks Thomas in his first sentence: "There were not many white Christmases in our part of Wales in my childhood – perhaps only one or two – but Christmas cards and Dickens and Dylan Thomas and wishful memory have turned them all into white."

Having said that, what follows is rather wonderfully written. Here's an excerpt:

"Can I go home now, Mad Dan?"
"Shut your bloody trap and listen," he said, "or I'll have you apprenticed to a haberdasher."
This was a fate worse than death for a miner's son. There was, you understand, the ambition for the walk of the miners in corduroy trousers, with yorks under the knees to stop the loose coal running down into your boots and rats from running up inside your trousers and biting your belly (or worse), and the lamp in the cap on the head, and the bandy, muscle-bound strut of the lords of the coalface."

It helps of course to imagine the words read by Burton himself, in that dark brown voice of his. The initial printing of the UK edition came with a belly band proclaiming: 'The book to be read by Richard Burton on Christmas Day on the BBC', which would have been Christmas 1965. The recording still exists (its internal BBC reference number, should you need it, is WAC ref. Rcont12 ART file 2) but it never got a commercial release as far as I can tell, and hasn't made its way onto the web, sadly. Indeed, the book itself, though it got a new edition in the late 80s with an Introduction by Burton's widow Sally, is now out of print.

Mind you, the same can be said (amazingly, given the rapturous reviews they got and his continuing high profile) of Peter O'Toole's two volumes of non-ghosted autobiography, Loitering With Intent, and Loitering With Intent: The Apprentice, not to mention Richard Harris's book of bonkers (but marvellous) poetry, I, In The Membership Of My Days. There's also Burton's second (and last) book, Meeting Mrs Jenkins, another slim volume reprinting an article which originally appeared in Vogue, about meeting and wooing Liz Taylor. That one is the scarcest of the lot, and will cost you north of $100 for a copy, or indeed $1500 for one signed by both of them. It's got a cracking cover, using a photo taken by the proud husband himself. 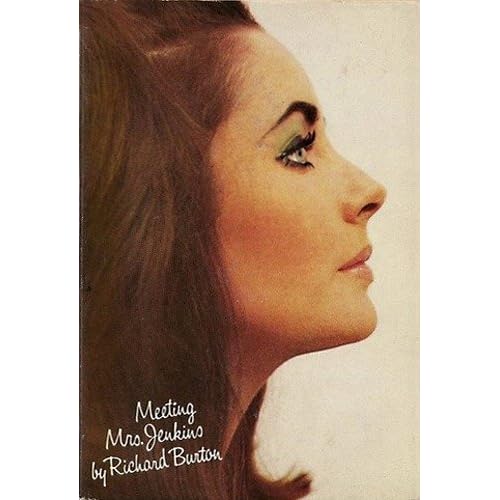 It's time to bring all these works back into print... though I bet only an omnibus edition of O'Toole's books is a realistic possibility.

Anyway. Happy Christmas to everyone from Withnail Books, and many thanks for all the support in the first few months, from customers in the shop, to long-distance readers of the blog or Facebook page.