Withnail and I News Round-Up: An Amazing new Blu-ray, A Return To Cinemas... and Raymond Duck

The film has had many, many releases on home entertainment formats, at least two each on VHS, DVD and Blu-ray already, but Arrow are the first company in the digital era to go back to the original camera negative and rescan the whole thing in 2K HD, so this release will surely look the best since it was in the cinemas. Certainly, the time I was lucky enough to see the film at the BFI, shown from a Blu-ray, with Bruce Robinson himself in the audience, he did comment afterwards that the 'print' looked very dark to him...

The full details of Arrow's limited edition, 4 disc collectors' box set, and how to order it, are to be found on their site HERE, but get a load of this:

Available in 4 x 500 Numbered and Personalised copies (choose your favourite of four artworks as well as a name to be featured on the back and one of fifteen favourite quotes for a truly unique and personal edition!)

That's some list. I'm looking forward to hearing the commentary track from Kevin Jackson, who has been known to pop up on the Withnail Books Facebook page... Great also to see How to Get Ahead in Advertising getting its due.

The 'personalised' packaging is of course a gimmick, but a fun one. I've taken the opportunity to personalise mine to belong to one Montague H. Withnail. That £50 price tag is hefty, but not unreasonable I think considering what's included, and, to be fair, the considerable outlay Arrow must have made to simply get the negative scanned, let alone pull together everything else.

Sales of the limited edition have been fairly brisk since it was announced on Monday, so if you want a personalised one, I wouldn't leave it too long. There will be a further 2000 unpersonalised copies, but that's still only 4000 in total, and I'd wager there are plenty more Withnail fans than that who are going to want a copy of this edition under their Christmas tree...

Apparently this new remastered print will be coming back into cinemas in a month or two. How may theatrical re-releases has the film had now? I make it at least three!

What else? Well, since they were last mentioned on this blog, the Withnail Ales from the Cumbrian based Eden Brewery have been joined by some new brews: 'Scrubbers', an American Pale Ale, 'Black Jake', a porter with Seville Orange, and the soon-to-be-released chilli beer monster, 'Terrible C'. Chin chin indeed! I've tasted the first two, and they are first class.

And finally... this has been shared on various Withnail Facebook pages, but I wanted to post it here too. How's this for a brilliant on screen Withnail reference, spotted by keen-eyed fan Adam Peter Harris: in an episode of Endeavour, the young Morse drama on ITV, a brass office building plate was glimpsed... 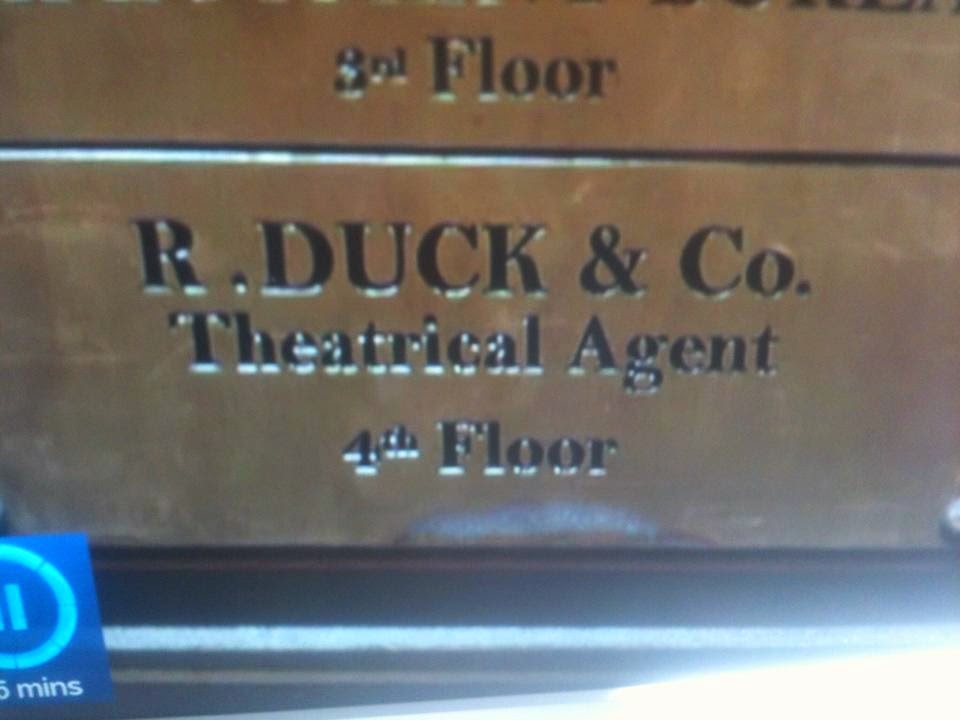 Yup, that's Uncle Monty's first agent, Raymond Duck: "Four floors up on the Charing Cross Road and never a job at the top of them."

Whoever it was on the Endeavour production team that made that happen, hats off.
Posted by Withnail Books at 19:23