There must be literally thousands of different postcards, and before that, engravings of Penrith created over the last couple of hundred years. Here's a quick look at two engravings from the mid-19th century, which are currently in the Little Shop.

The first is of the 'Giant's Grave' in the church yard of St Andrew's, Penrith (learn more about this singular monument here). It's by the renowned topographical illustrator Thomas Allom. 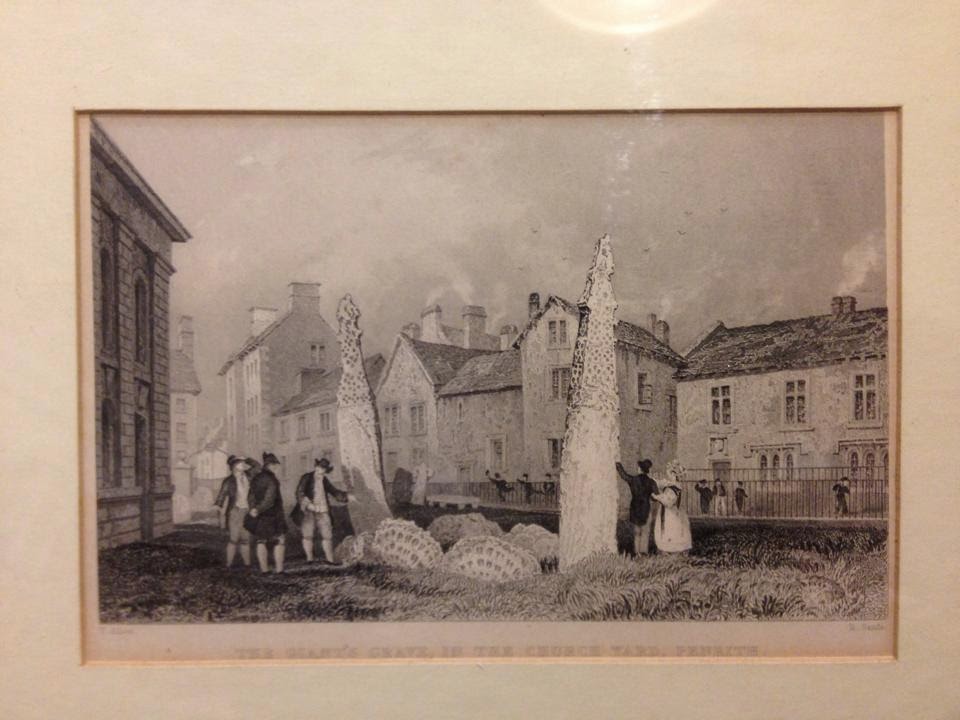 Allom was also an architect, who worked with Sir Charles Barry on the Houses of Parliament, but he was probably best remembered for his illustrations, especially of his travels further afield, to Turkey and China. Here's 'Loading tea junks at Tseen'tang' from the latter trip:

Then there's this somewhat romanticised view (presumably from somewhere up on the Beacon), by P Dewint. 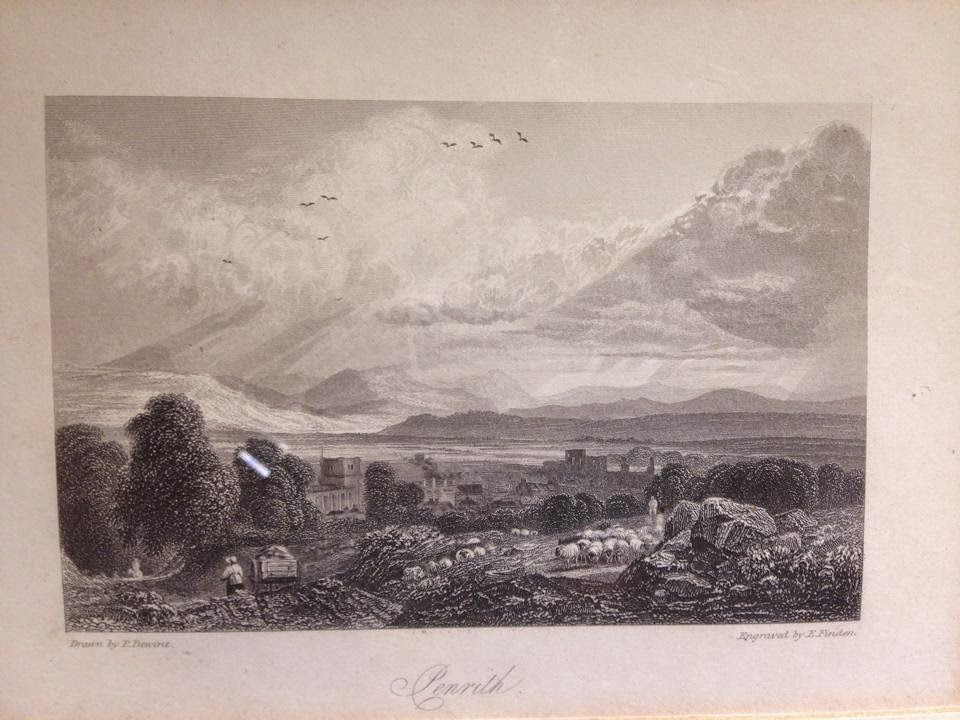 This one was not intended to be 'from life', but created as an illustration to that huge sequence of books that nobody reads these days: the Waverley novels by Scott. A bit of googling turned up this 'review' of the series of prints which were released as a partwork of sorts, 'Landscape Illustrations of the Waverley Novels'.

Having looked at the modern version of that view many a time, I can agree that Dewint and his engraver Edward Finden (a superstar of the engraving world in those days) have indeed executed it in the "sweetest and most skilful manner".

Complete sets of these prints are still available, getting on for 200 years later, but they ain't cheap.