James Bond, eh? 007 Is Out Of Copyright In Canada, And What That Means 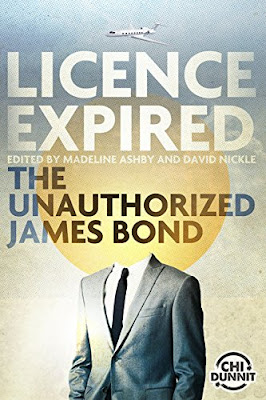 Here's an interesting one. In Canada, copyright in a book expires just 50 years after the author's death. Ian Fleming died in 1964. So, as of January 1st 2015, the James Bond books entered the public domain in Canada.

So, if you want to publish your own editions of Fleming's novels, go right ahead. If you want to publish your own Bond stories, feel free. (They have to be based on the Fleming books only mind, you can't include anything created for the films, so Blofeld can't have a white pussy, for example.) And if you want to put on a stage adaptation of Casino Royale, as a mate of mine in Victoria is actually doing next month, the Ian Fleming Estate can't stop you. But only if it's in Canada (or one of the other countries where the term is 50 years). The minute whatever you're doing is available outside those territories, in the UK or Europe for example, where the term is 70 years, or the USA, where it's 95, you can expect some serious Cease and Desisting.

Quite what the Estate will make of the book pictured above, surely just the first of many new 'James Bond, eh?' titles, being advertised on Amazon.ca, a website visible to people outside Canada, who can (presumably) also order it, remains to be seen...

An anthology of collected stories from various Canadian authors, based on Ian Fleming's fourteen published Bond novels, edited by Canadian genre authors Madeline Ashby and David Nickle. To be published in Canada only.

'Published' in Canada only: fair enough. It's not listed on Amazon.com or co.uk. But will Amazon.ca ship copies outside Canada? And even if they won't, if I get my mate to send me a copy, will it be seized by customs?

There's also these fan fiction novels by Mike Sparks. I wonder if the Fleming Estate Powers That Be have had a quiet word about not shipping copies outside the country?

In the meantime, any Canadians who fancy getting all 14 Fleming Bond books on their Kindle can now do so, for very little outlay.