Limited edition prints and 'alternative' posters inspired by cult films have become quite the in-thing in recent years. The quick-sellouts and crazy secondary market prices for pretty much anything Mondo puts out has encouraged lots of similar enterprises on both sides of the Atlantic.

This summer, Print Club London has produced a slew of film-related work by various artists, and Withnail & I is represented in this print by the artist RYCA. I'm not sure what's going on with Withnail's mouth in the image, but the overall effect is rather good, with shades of Warhol's Elvis (to my untrained artistic eye, at least). 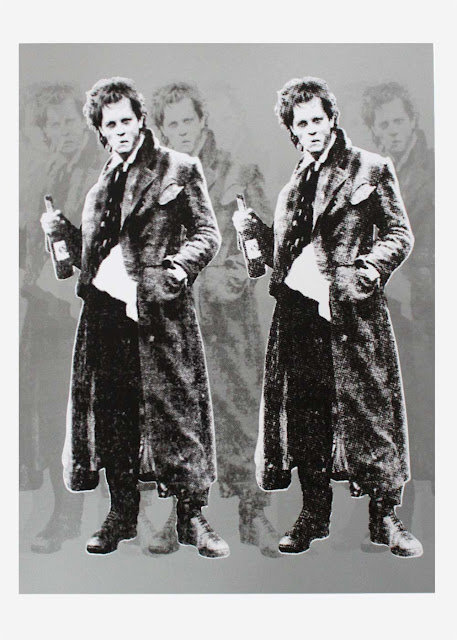 The print is 500 x 700mm, and limited to 200 copies signed by the artist, at £50 each. Not cheap, but very much the lower end of the going rate for such things. You can order a copy here.

Here's another, even more limited edition print, which I wish you could still order a copy of, as I'd love to have one, but alas the 50 produced all sold out in seconds a few years back (though copies have popped up on eBay since...). It's a typically witty idea by Olly Moss, the British artist who's a bit of a superstar in the world of Mondo prints and their ilk, thanks to his rapidly-becoming-iconic Star Wars posters, among many others. His Withnail image is simple, but brilliant... 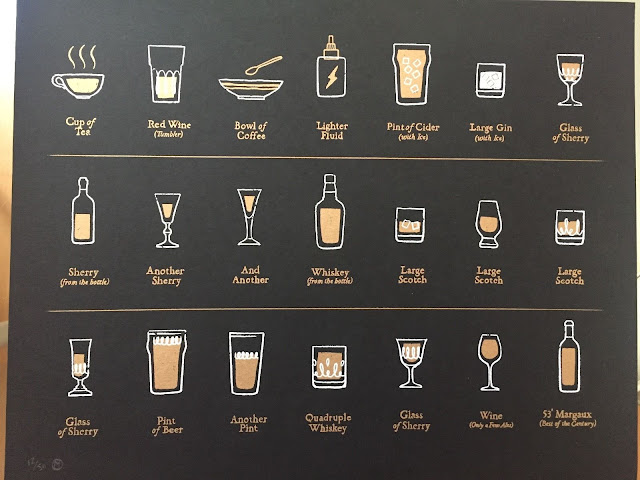 Olly's work is all over eBay, but be prepared to pay decent money for the real McCoy - beware the pirated prints and posters! A slightly more affordable way to enjoy his stuff is to buy a copy of his first (and to date, only) book, Silhouettes From Popular Culture which I think is brilliant, but then I would, as with my Book Editor hat on, I was involved in bringing it into print.

Email ThisBlogThis!Share to TwitterShare to FacebookShare to Pinterest
Labels: Mondo, Olly Moss, Print Club London, RYCA, Withnail and I, Withnail and I News