Zarjaz! Some Early Progs, Including The Ones That Got 2000AD BANNED...

Currently on eBay is a competitively priced pile of early 2000AD progs:

It'a always nice to see these classic comics in the flesh as it were (and yes, some of them do feature Flesh!). Included in the pile are progs 71, 72, 77 and 78, featuring instalments of the Cursed Earth saga which were notoriously 'banned' from any reprint. In fact, they weren't so much banned as withdrawn for legal reasons, due to a court case which then-publishers IPC had settled out of court: the story takes the piss out of several iconic advertising characters, including the 'Burger King', Ronald McDonald, the Jolly Green Giant, and Colonel Sanders, and the owners of these trademarked characters were none too happy. 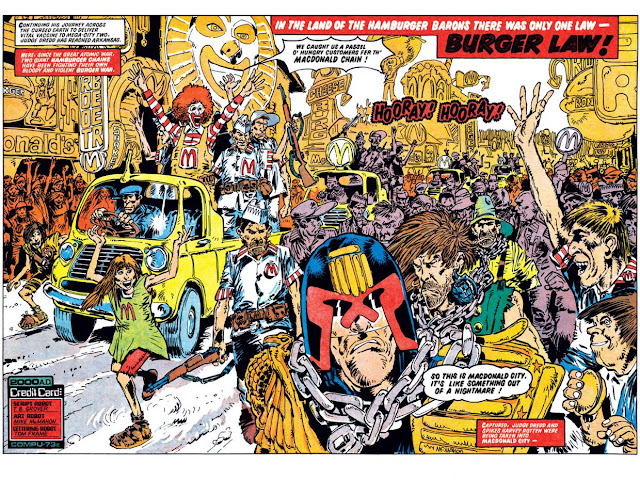 But what's this? Thanks to a change in EU copyright law dealing with parody, 2000AD's current publishers are now happy to finally bring the offending pages back into print, next week no less! 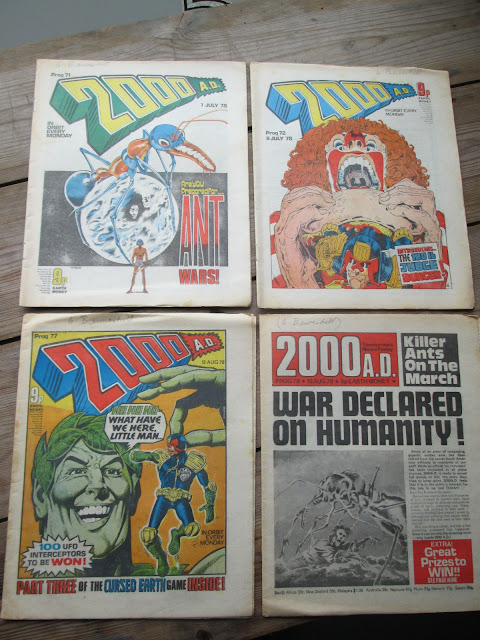 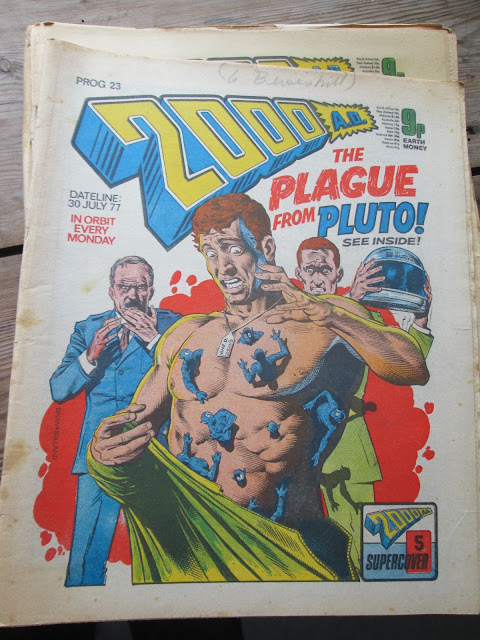 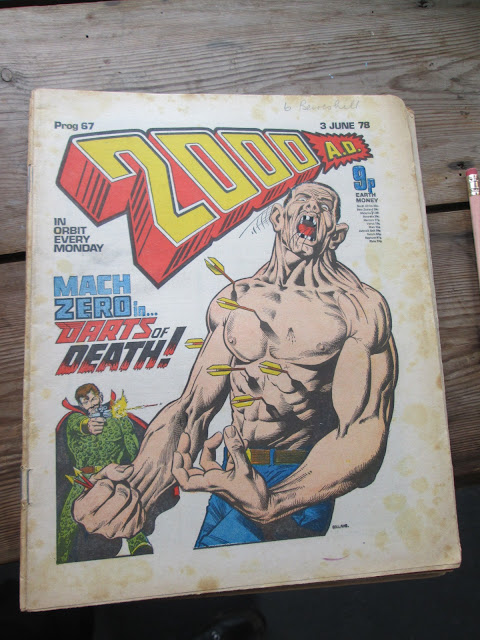 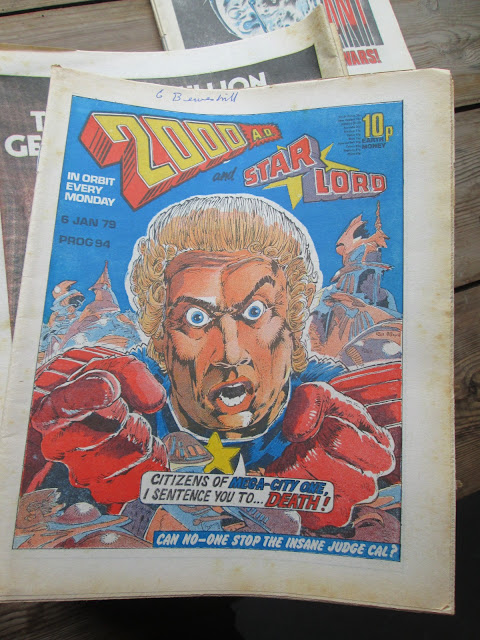 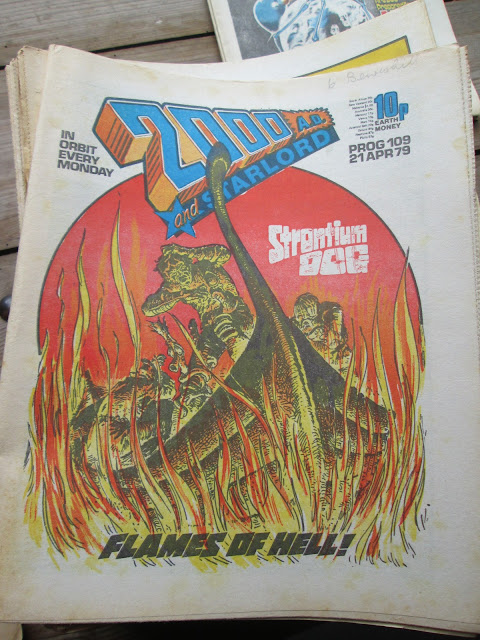 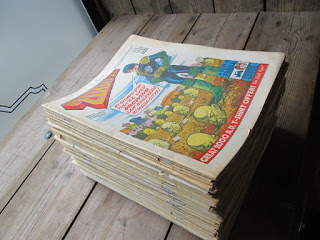 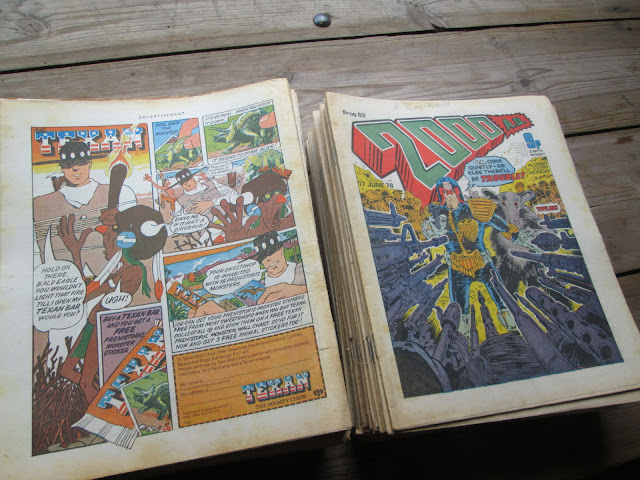 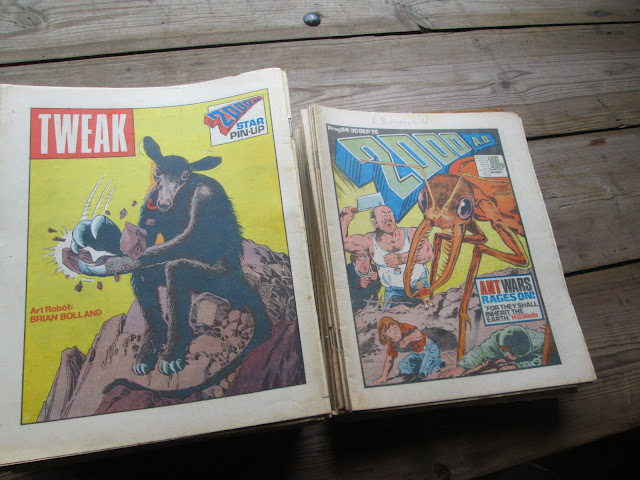