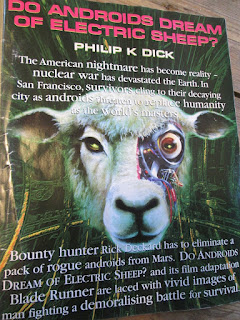 This will take a little explaining, but the bottom line is that, if you're a Philip K. Dick or Blade Runner completist, I'm betting you've never seen one of these before, and you may well never see one again.

In the UK, so-called 'part works' are popular on the newstands, and via subscription. They are a series of magazines which each come with something - often a piece of a huge model, which builds up week by week (for example the Titanic, or the Millenium Falcon, or 007's Aston Martin), and often a book, building up into a library of a certain author or genre.

Part works are very expensive to launch, so publishers usually do a 'regional test' of a new part work idea: they print up a few copies if the first 2 or 3 issues and put them on sale in just one region of the UK for a few months. If the sales are good, they will start again on a national basis, with attendant TV advertising, the works.

What you have here is the magazine from issue 3 of a 1997 part work from Fabbri called 'Science Fiction Classics'. It originally came with a copy of Dick's 'Do Androids Dream of Electric Sheep' - an edition which turns up for sale very occasionally, and commands high prices. I don't have the book (though I have had one in the past), but I do have the even scarcer/more ephemeral magazine. It's particularly hard to come by because, as far as I can ascertain, the 'Science Fiction Classics' part work never went beyond the regional test phase. Sales obviously weren't good enough, so the few copies of issue 3 that were printed for the region in question were all that ever made it to the shelves. The promised issue 4 (featuring Ender's Game) never appeared at all.

This copy is not mint, but its 24 pages are full of interesting articles (as you'd expect with John Clute as a contributor) and especially commissioned art and visuals, including a striking double-page piece by Lee Gibbons, a section of which was used as the cover for the accompanying book.

One of the rarer entries in the PKD bibliography, soon to make its way to eBay... 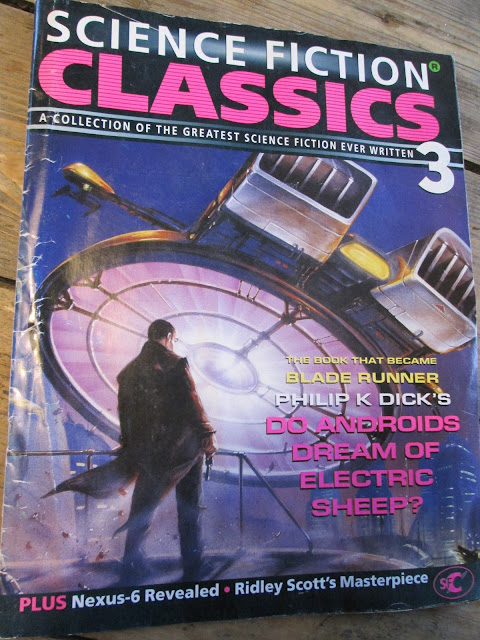 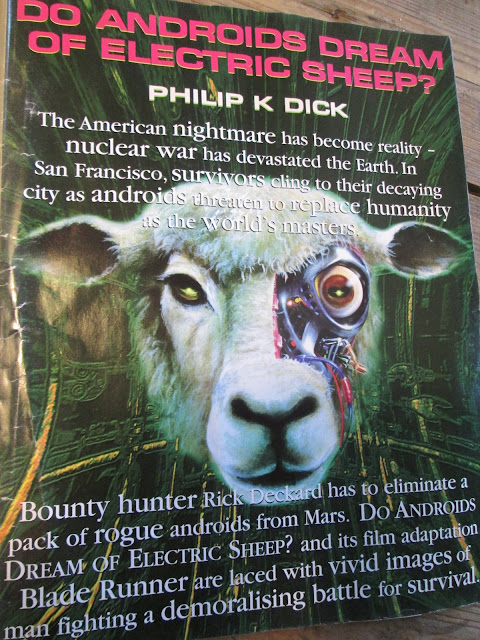 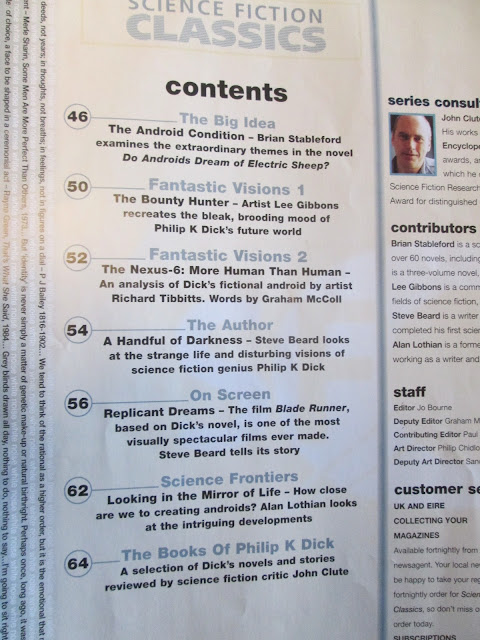 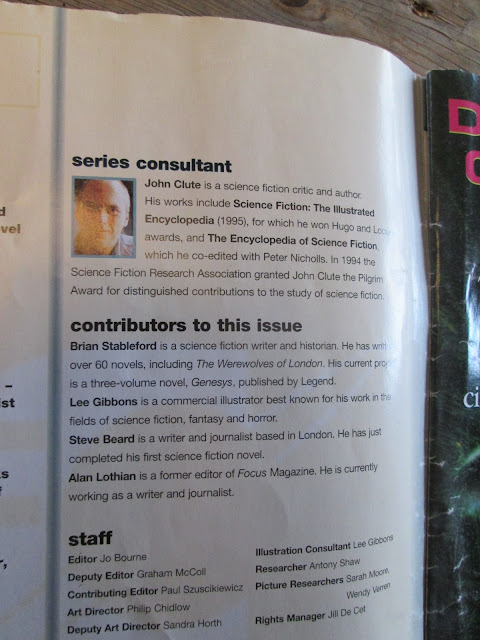 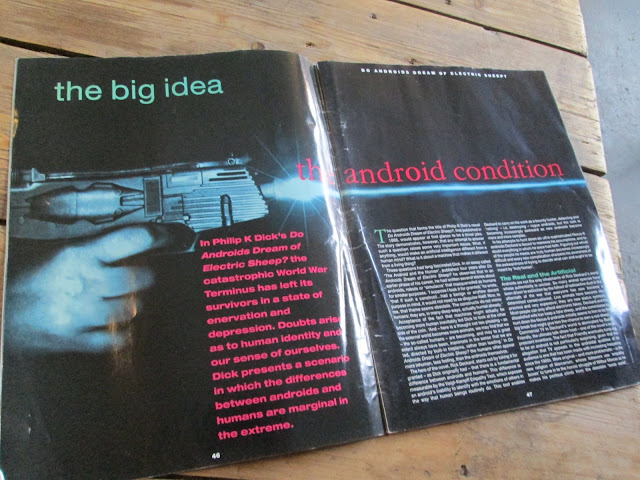 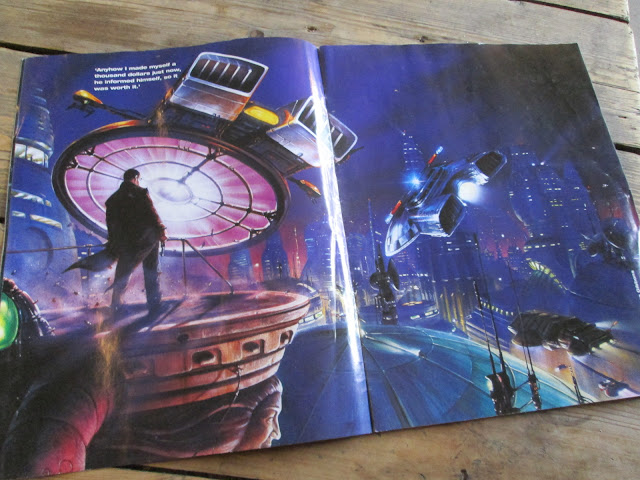 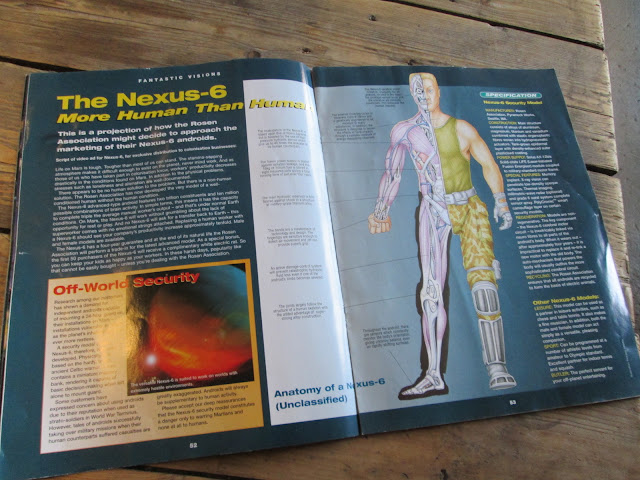 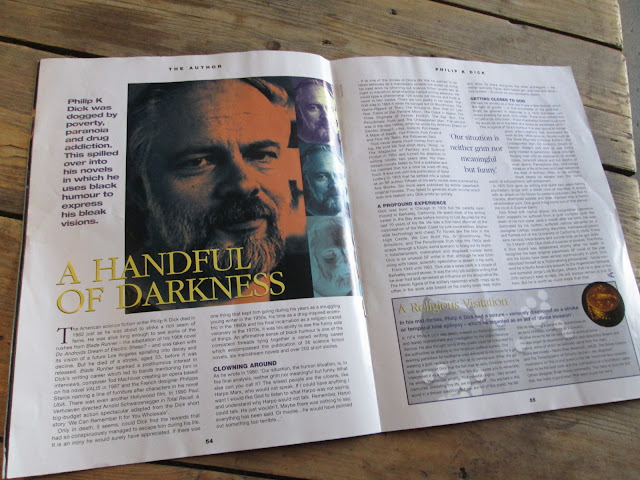 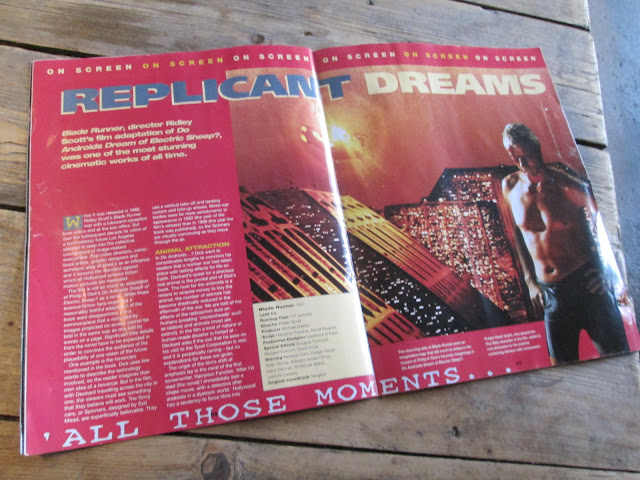 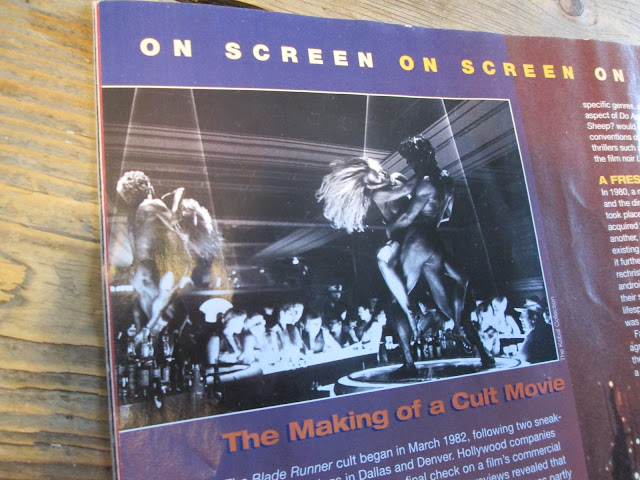 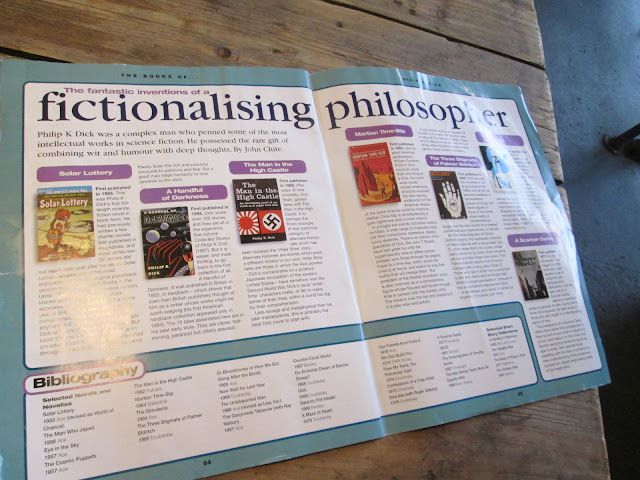