This is the story of a very, very limited edition Doctor Who collectable (there is only one of them) which also happens to be The Best Present In The History Of Presents.

As I have mentioned to almost no-one over the years (really, I hardly ever mention it, ever), I WAS IN DOCTOR WHO ONCE!!

Long story short, I worked for one day as an extra on David Tennant's debut adventure, 'The Christmas Invasion', and am visible in the final scene for very nearly 13 and a half seconds. That's me, top right. I wander across screen, and as I look up at the fallout from the exploded Sycorax ship, I stroke my chin thoughtfully. (This was not in the script by the way; it was all my own work.) 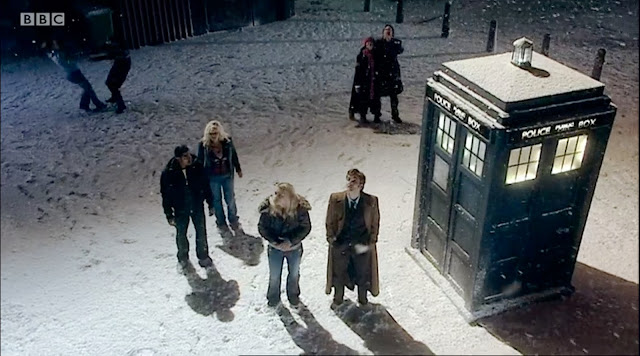 If you want to read a very long two-part account of my day on set, you can do so HERE, but this post is about how my amazing wife Sharon took this fleeting moment of Doctor Who fame (which I may have mentioned to her occasionally) and turned it into the Best Present Ever, for my 50th birthday earlier this year. Here it is: 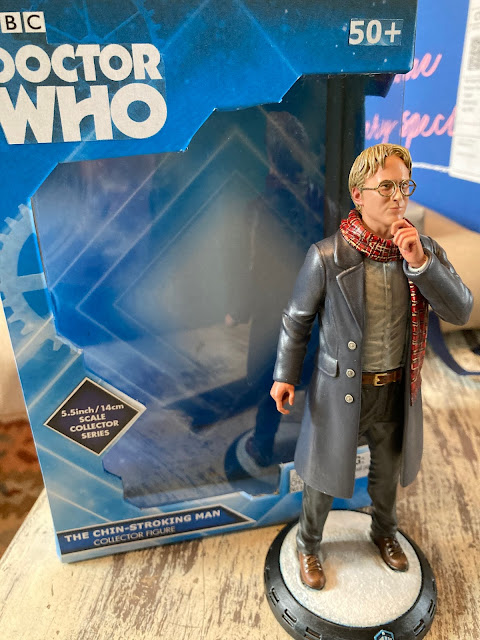 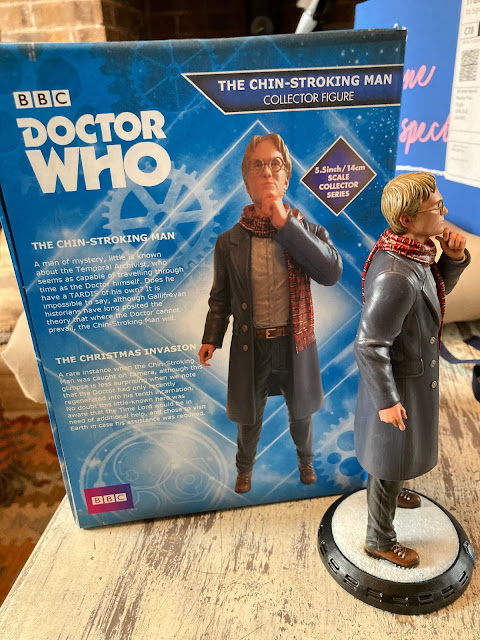 As you can well imagine, I was somewhat overcome when I unwrapped this present (during a Zoom call with my far-flung family, who knew what was coming and wanted to see my expression). Sharon had managed to keep the whole thing, months in the making, totally secret from me. It was a complete and wonderful surprise.

Once Sharon had had the original idea to create a figure of the Chin-Stroking Man, she co-ordinated with a bunch of people to help bring it into existence. My family helped remember exactly what it was I was wearing that day, down to the colour of my shirt, belt and boots, and the tartan scarf — none of this is actually visible on screen of course, but they got it all dead right. My friends and fellow Whovians Mark, Johnny and Dave were on hand for creative input, including the 'backstory' for the Chin-Stroking Man/Temporal Archivist (originally created by the aforementioned Mark in a not-entirely-serious Outpost Gallifrey post just after the episode's transmission as I recall — seeing my rather relaxed pose, he posited that perhaps this mysterious chin-stroker was another Time Lord...).

Sharon made the (utterly perfect) box entirely by herself, but for the figure, after a key introduction by our mate Steve, she turned to the artist and sculptor Phill Hosking. I emailed Phill to say thank you, and he had this to say:

"I feel like I know you in a strange kind of way. Was a total pleasure to make the piece. I love working on things with meaning, and was great to see it through from idea right through to final painted model. All took a bit of working out with the clothes etc, so glad it was all accurate. Scarf was particularly interesting to paint. Really glad you liked it."

Yes Phill, I do like it. I love it! Phill also kindly shared a bunch of process shots, which I will post below. Sharon gave Phill some photo reference of me to help (as the screen grabs weren't much to go on!), and from the initial digital sculpt, through the 3D printing of the various parts, to the assembly and meticulous hand painting, it's fascinating to see it all come together.

You can find Phill on Instagram, where he posts his stunning art, both 2D and 3D, as eclecto2d and eclecto_3d

Thanks again to everyone who helped create The Best Present Ever, but especially to Sharon. I am a very lucky chap. 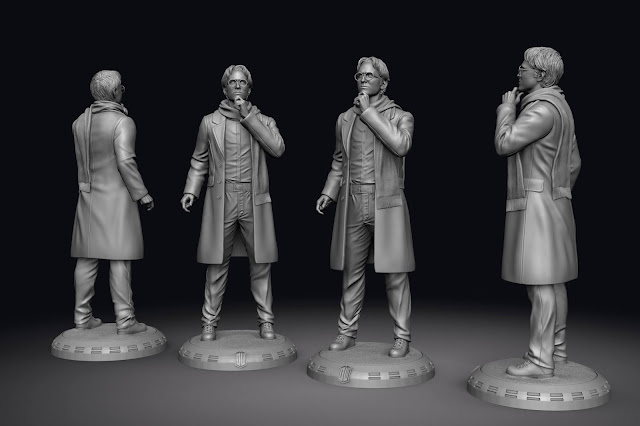 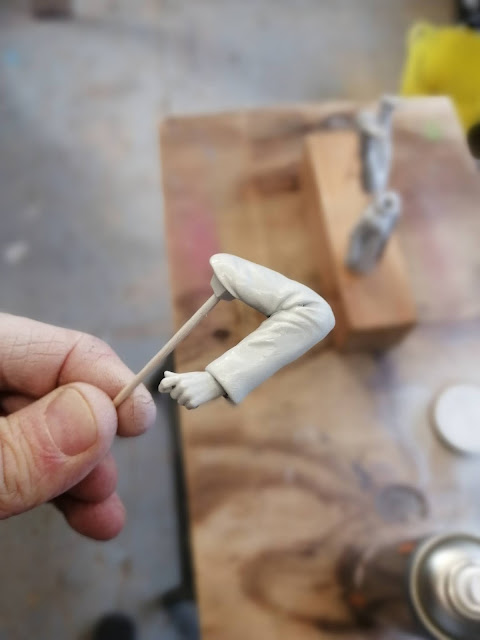 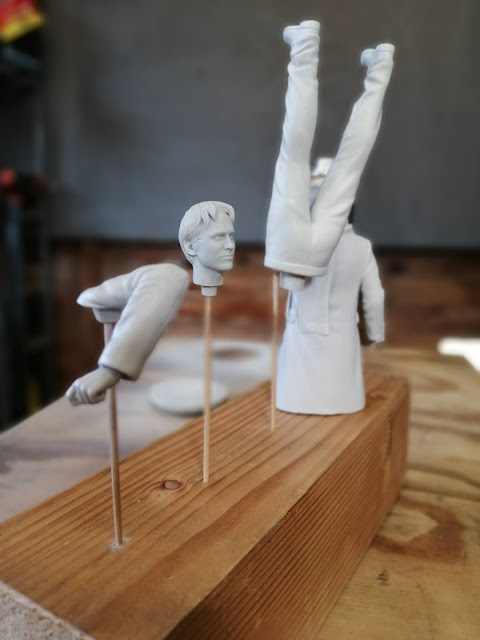 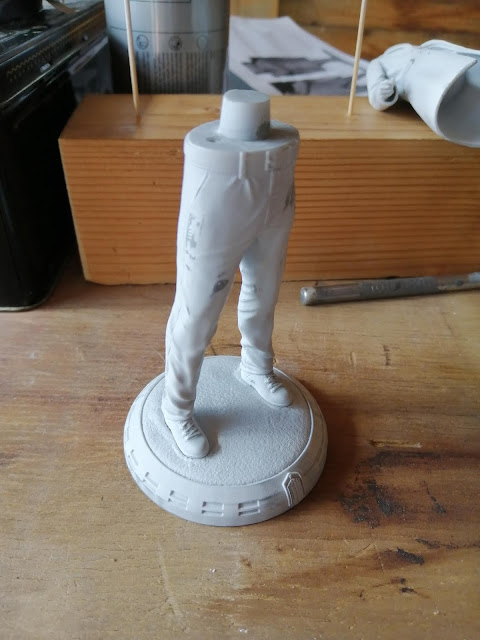 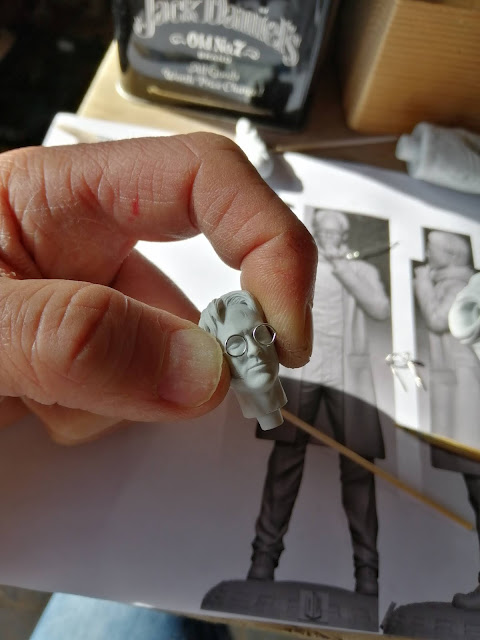 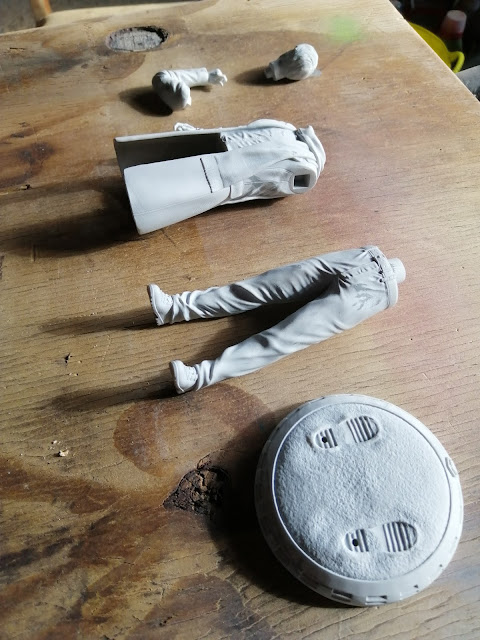 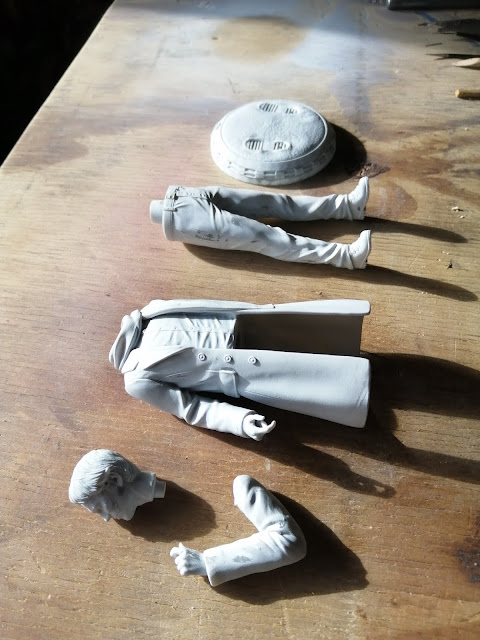 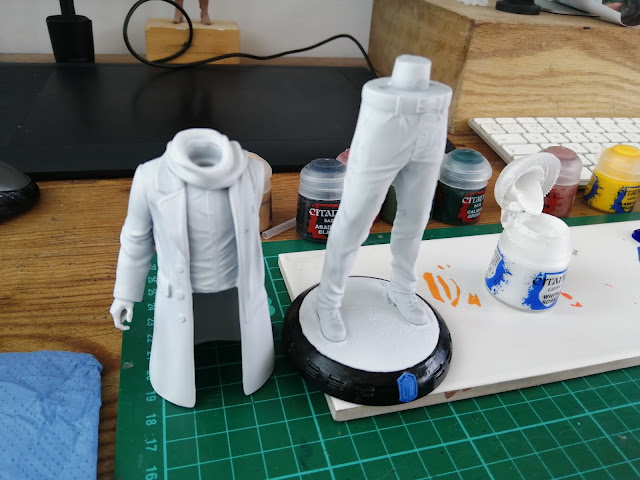 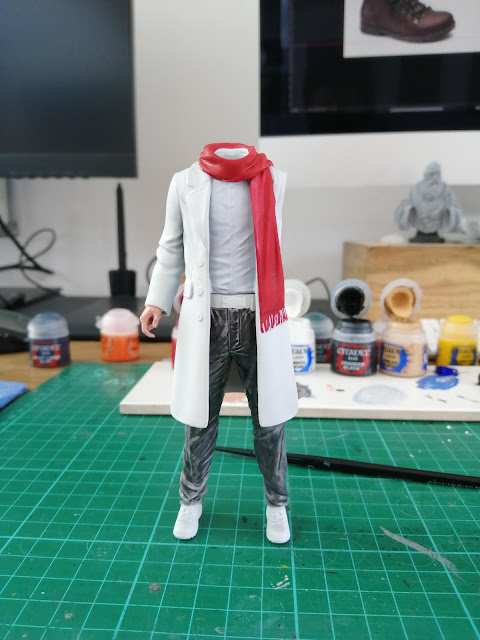 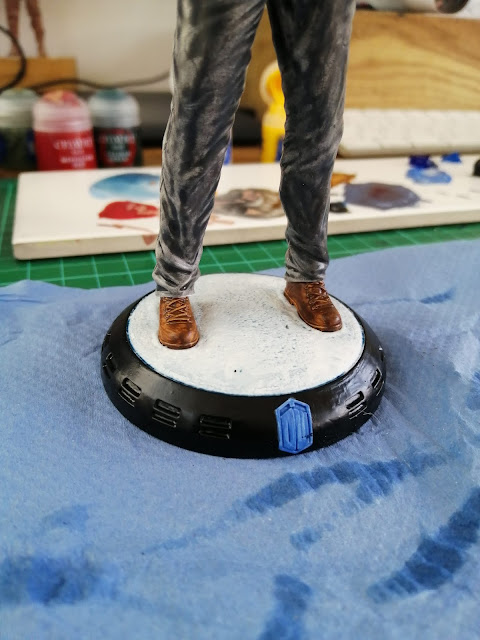 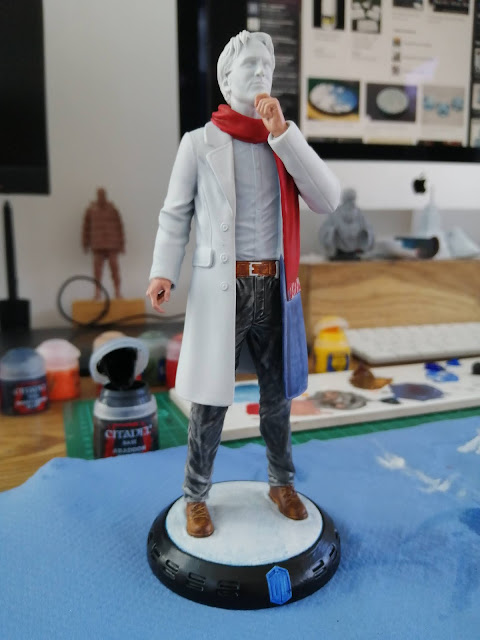 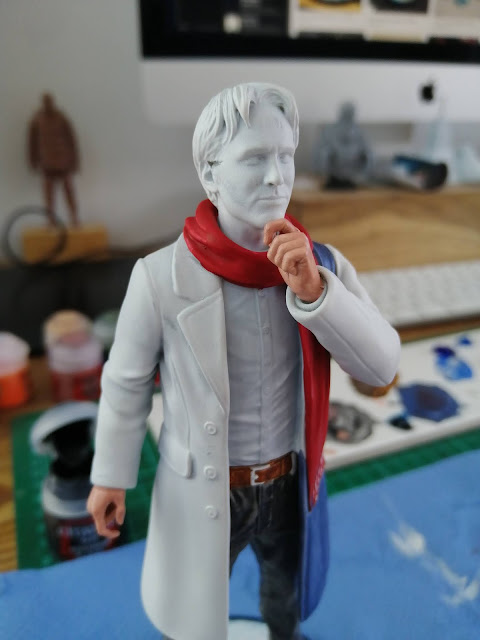 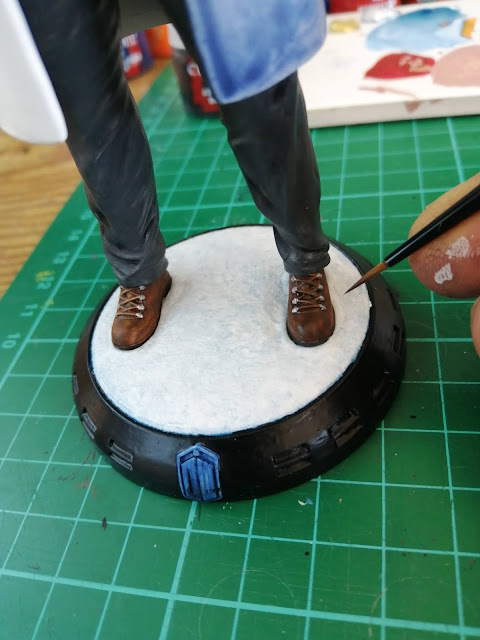 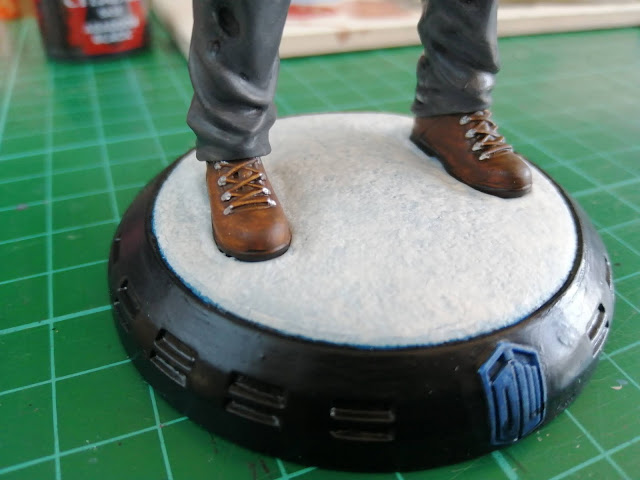 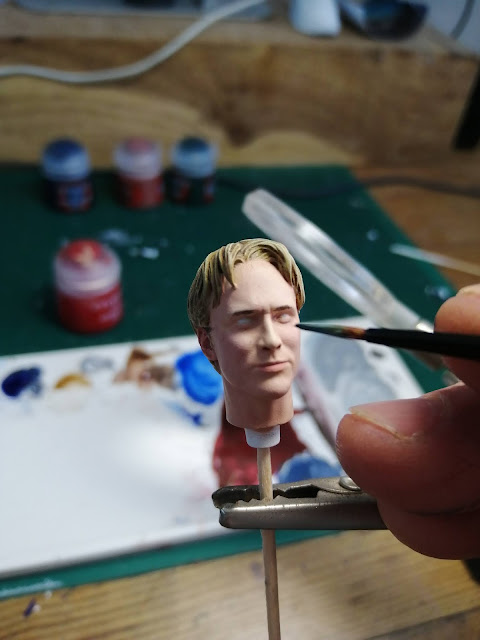 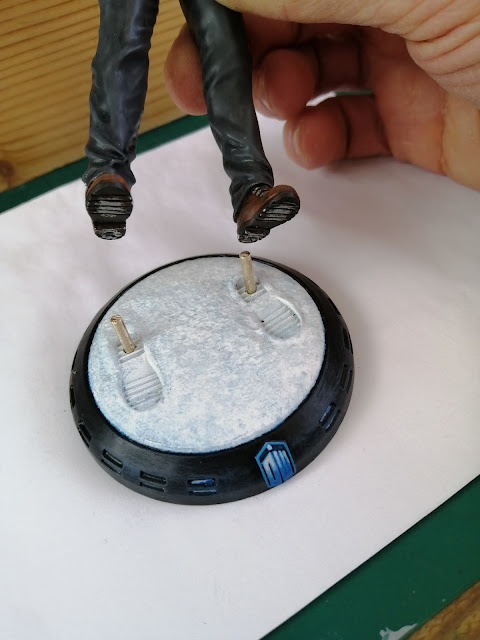 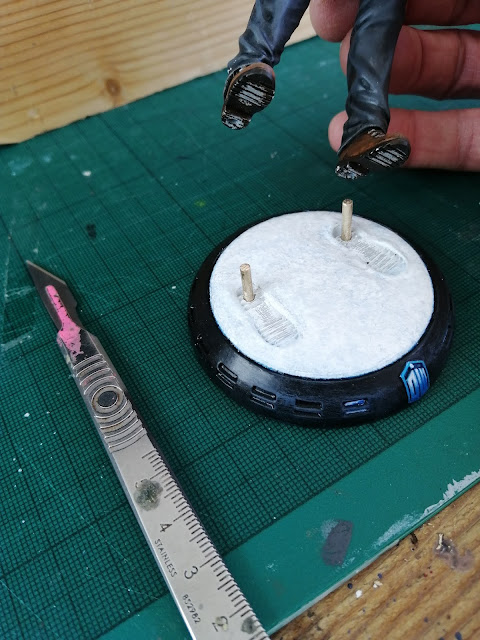 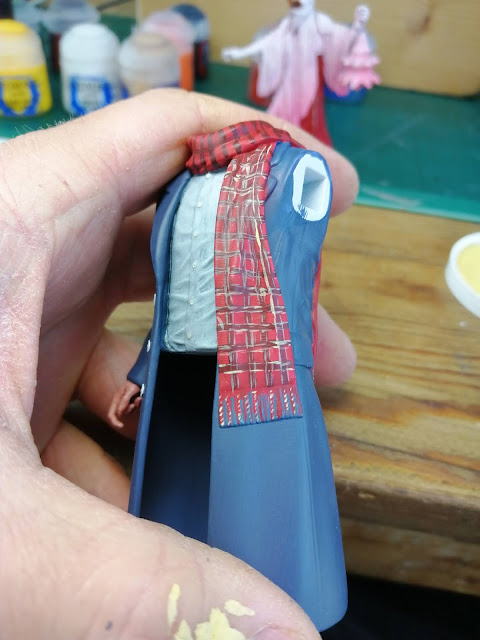 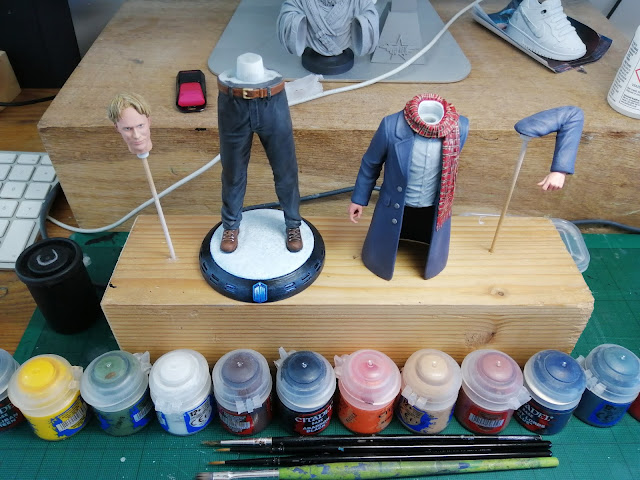 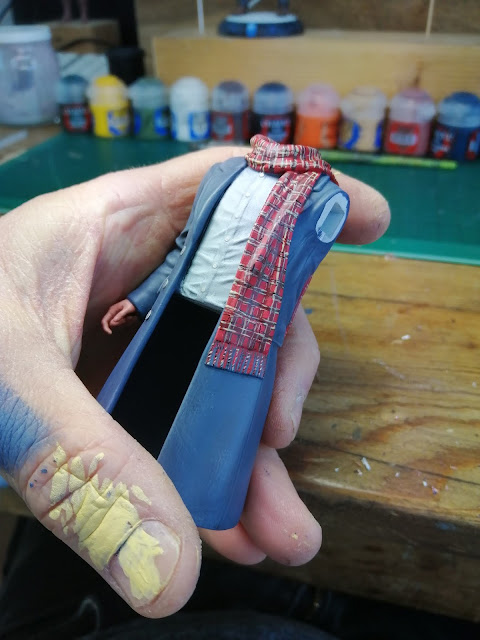 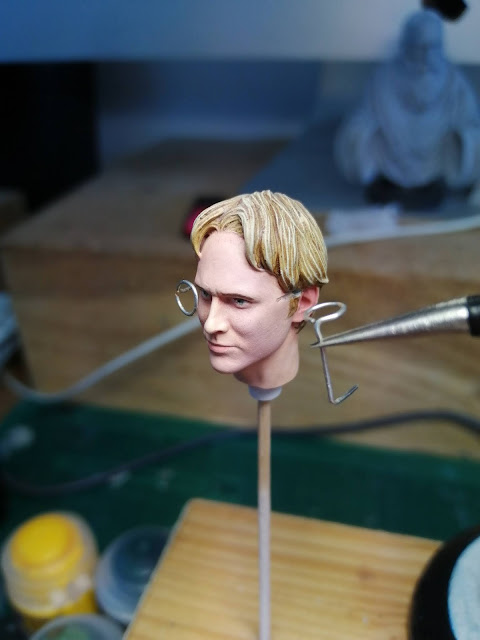 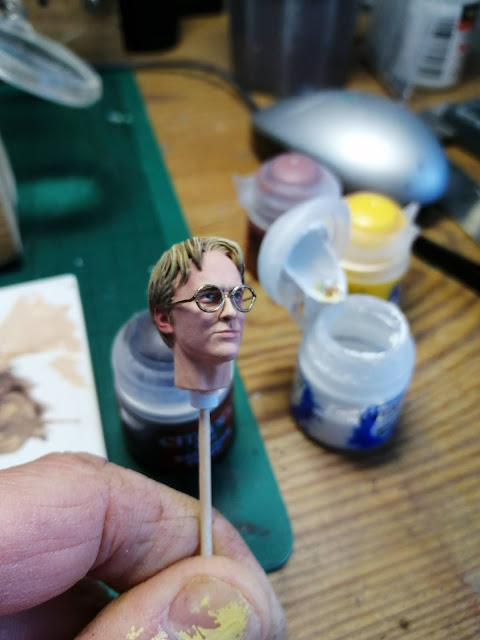 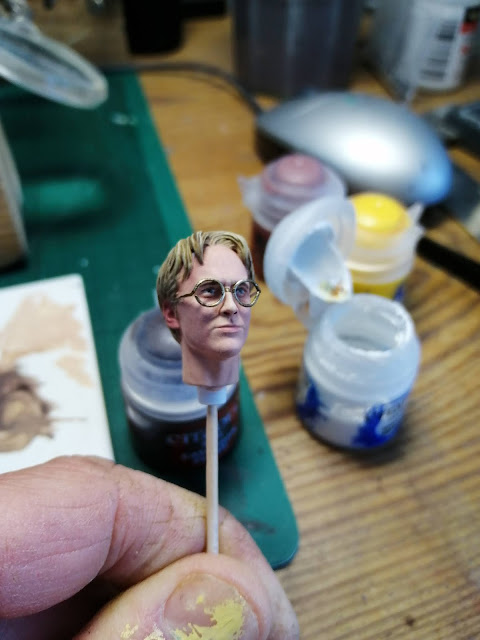 DISCLAIMER: In case it is not already blindingly obvious, I should probably point out that the Chin Stroking-Man figure is a one-off piece of celebratory 'fan art', is NOT for sale (and never will be!!!) and all copyrights, logos etc remain with their owners.