A Little Shop, or How to Open a Secondhand Bookshop By Mistake

As the tenth incarnation of someone I admire once said, "I love a little shop." In these days of internet-shopping-from-your-sofa-while-tweeting-and-watching-TV, it's a refreshing change, I think, to occasionally go outside and have a poke about in an actual shop. Perhaps not even looking for anything in particular, but just giving yourself the chance to spot something you might fancy. Something you never knew you wanted.

Over the years, I have been very good at doing this, particularly with books, both new and old. Did I leave the house planning to buy a book from 1931 called Psychic Adventures in New York? I did not. (But could you put a book with that title back on the shelf?) Did I really need that new edition of a book I already had in half a dozen other editions? Nope. But, look... it's got a pretty cover, with matt laminate and debossing and stuff.

I love bookshops, and I really, really love secondhand bookshops (and indeed second hand and second-hand bookshops). At some point a few years ago, I'm not exactly sure when, I started buying the odd book not so much because I personally wanted it, but because it was a 'good buy'. The kind of thing I could, ha-ha, salt away for when I had my own secondhand bookshop. This was just a vague intention, a pipe dream, at first, and was basically an excuse to buy more books: 'They'll be stock one day...'

Shelves in my house began to fill up, many of them two deep with books. Then I married a wonderful lady, who also had lots and lots of books (some of which she had written herself). Before I knew it, the books needed A Very Expensive Cupboard which wasn't even in our house.

My intentions started to get less and less vague. The 'they'll be stock' joke became less of an excuse, and more like an active plan, especially when a friend offered the possibility of a space with the two holy grails of a little shop: reasonable overheads and a location with the chance of decent year-round footfall.

To cut a long story short, I find myself in Penrith, preparing for the official opening of an actual little shop. Given that we're in the glorious Lake District, where Withnail and I went on holiday by mistake, and I have opened a bookshop sort of by mistake, it had to be called Withnail Books. It's located in The Brunswick Yard, an antiques and architectural salvage centre where you can find everything from a set of copper pans to a pair of 18 foot high chapel doors (though actually the latter sold yesterday), as well as an amazing selection of Persian and Afghan carpets. It's the kind of place you can lose yourself in for a while. As one customer said to me today, "I only meant to pop in for 5 minutes as I was passing, and that was an hour ago."

Though I have been open, in stealth mode, for a week or so, the preparations are continuing for the 'official' opening on the 21st July. The first order of business was preparing the room. A couple of years ago, when I first saw the place, it was full of lovely old furniture for sale, and looked like this: 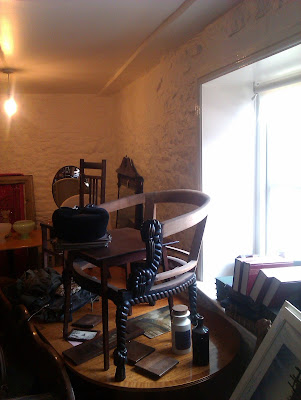 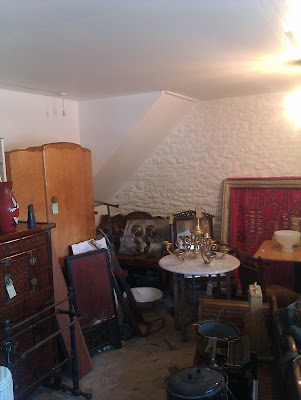 Once it was cleared out, we auditioned carpets. This one won: 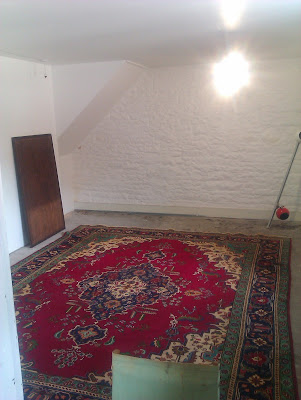 Then insulation and stud walls went in, and shelves, utilising an old orchard ladder, went up (thanks to joiner extraordinaire Paul, who is *the* man to contact if you ever want a Geodesic Dome by the way: his website is here). 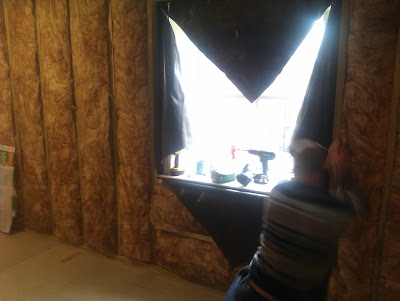 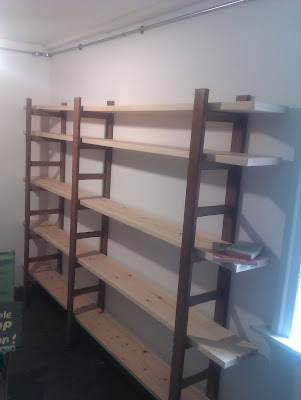 Then lots more shelves and bookcases (a certain author of my acquaintance may recognise some of them), a kick-arse ex MOD desk... and then a lorryload of books arrived. 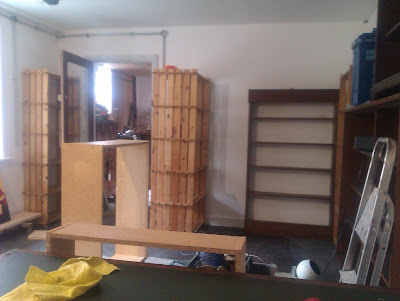 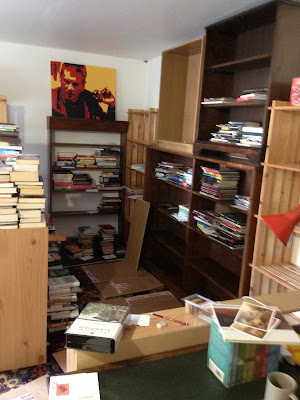 Eventually we ended up with a bookshop... It sells books ranging from a couple of quid to over a hundred, and might just have that title you never knew you were looking for (Psychic Adventures in New York is still available). It also has a lovely smell of books, and you don't get that with a Kindle.

So, next time you're spending a delightful weekend in the country near Penrith ("Penrith!"), do pop in and say hello. Both me and the chap who runs Brunswick Yard are called Adam, so there's only one name to remember... 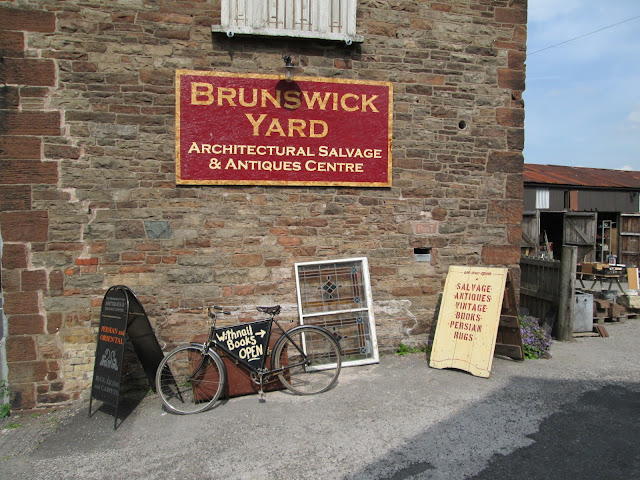 If you're not in the area, feel free to check back here now and again if you're interested to read about life in a secondhand bookshop, and to find out about the books I'll be selling online. (As of today, I've just put up the first batch, plus a nice old Star Wars jigsaw for good measure.) I'm also on Facebook and Twitter, @WithnailBooks.

Email ThisBlogThis!Share to TwitterShare to FacebookShare to Pinterest
Labels: How to open a secondhand bookshop, Shelves made from orchard ladders, Withnail Books