Augustus Carp, Esq. — The funniest unknown book in the world? 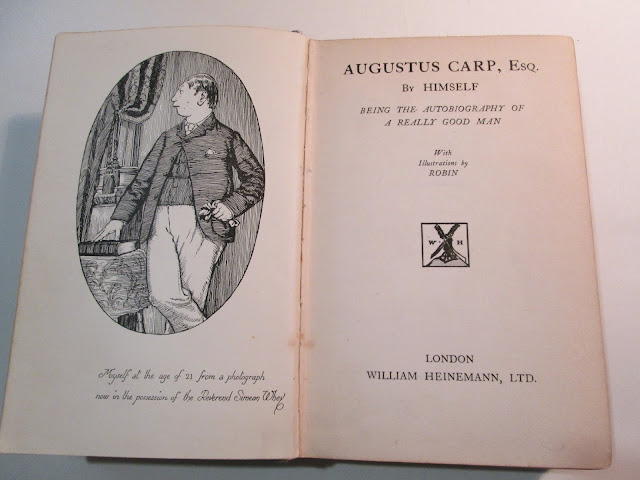 According to the legendary Robert Robinson, it is indeed "The funniest unknown book in the world", and in the opinion of Robinson's Call My Bluff helpmate, the equally legendary fruit and nutcase Frank Muir, it's "One of those little masterpieces which seem to pop up from nowhere."

To no less an august personage than Anthony Burgess the book is simply "One of the great comic novels of the Twentieth Century."

I'll let the blurb from the back of the 1980s Penguin edition sum it up:

"In an age when every standard of decent conduct has been torn down, here is a man to place a higher example before the world. Churchwarden, Sunday-school superintendent and President of the St Potamus Purity League, Augustus Carp Esquire is the unflinching opponent of Sin in all its manifestations. Glorious in his mediocrity, assiduous in exposing the faults of everyone he meets, resolute in the pursuit of goodness and his own advancement, the dimensions of his piety are matched only by his girth."

I love this book, though it's been a while since I've read it. High time to dip into its unique charms once again. It's often compared with the much better known The Diary of A Nobody, and while it's true that it is in what Anthony Burgess called "the tradition of native deadpan comedy" it's a bit more, well, bonkers than the day-to-day life of Mr Pooter. The names are better too: as well as Augustus Carp, Esq., we meet the hirsute Ezekiel Stool, fishmonger Alexander Carkeek ("a Northern Caledonian of the most offensive type") and the Rev. Eugene Cake (author of improving fiction such as Gnashers of Teeth and Without Are Dogs).

The book was published anonymously in May 1924, had at least one reprint around 1930, but was then neglected for decades, until in 1966 Burgess prevailed upon the original publishers, Heinemann, to reprint it, with his new Introduction. 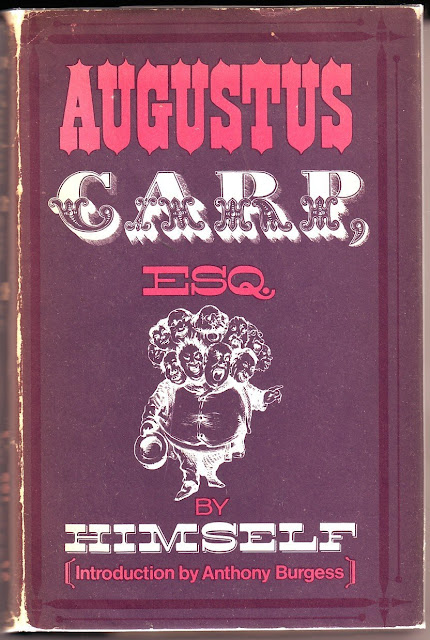 Later came the Penguin edition, which kept Burgess's contribution as an Afterword, and added a new Intro by Robinson. This edition also reinstated the original illustrations by 'Robin', which for my money are essential. You can see Augustus himself, in the full flower of his Southern Metropolitan Xtian manhood, above. Here's Ezekiel Stool: 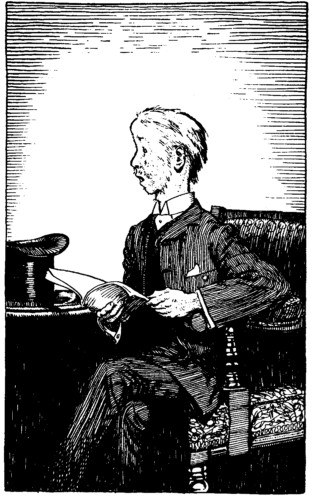 'Robin', it turns out, was actually a Miss Marjorie Blood. She contributed to Punch regularly, but about a year after illustrating Augustus Carp, she joined the Order of the Sacred Heart, and became Mother Catherine at Roehampton Convent. You couldn't make it up.

But who actually wrote the book?

Stuck to the front free endpaper of the rather rare first edition copy I currently have on eBay is an article from The Age, dated November 11th, 1950, by 'I.M.' which discusses the authorship of the book being attributed to the politician and writer Augustine Birrell. An interesting idea, but the real author was revealed by Anthony Burgess (in his Introduction to Heinemann's 1966 reprint) to be Sir Henry Howarth Bashford Kt, M.D., F.R.C.P., who was Chief Medical Officer to the Post Office, Medical Adviser to the Treasury and Honorary Physician to King George VI. He wrote other books, under his own name, though none have had the staying power of Mr. Carp. Sadly, he died, aged 81, in 1961, so he just missed out on the outpouring of much deserved praise the Burgess-led revival brought his way.

There's a rather good photo of him over at The National Portrait Gallery website. Don't ask me why, but he looks like he was a giggler.

Augustus Carp has seen various editions over the years (including ones from the Folio Society and Prion) and is still in print, but first editions appear to be very scarce. The aforementioned copy is the only one I can find anywhere for sale online at the moment. Presumably it once had a dust jacket, but I've never seen any evidence of what it would have looked like... another candidate for one of the rarest dust jackets in the world, perhaps? 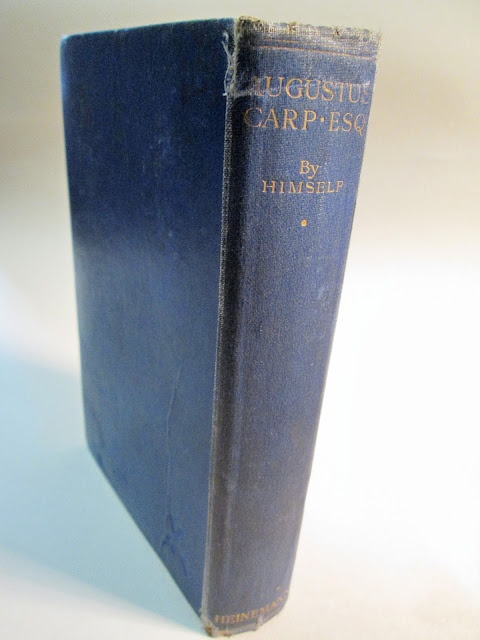