Here is the News, 1888: Penrith Beats Shap at Cricket... and a Decapitation at Southwaite

Elsewhere, George Eastman had just patented roll film and registered the name 'Kodak', the first ever English Football League games were a few days away, and Jack the Ripper was in full swing, but those were the big local stories on Tuesday, September 5th 1888, according to a copy of the Cumberland and Westmorland Advertiser (incorporating the Penrith and Lake District Chronicle) which has recently arrived at Withnail Books.

Both the cricket results, and the brief report of the gruesome accident at Southwaite (news of which reached New Zealand!) are below, along with a letter from a Kirkby Stephen church sidesman, kicking off about a rude Scouser, and adverts for the local suppliers of false teeth and guns. 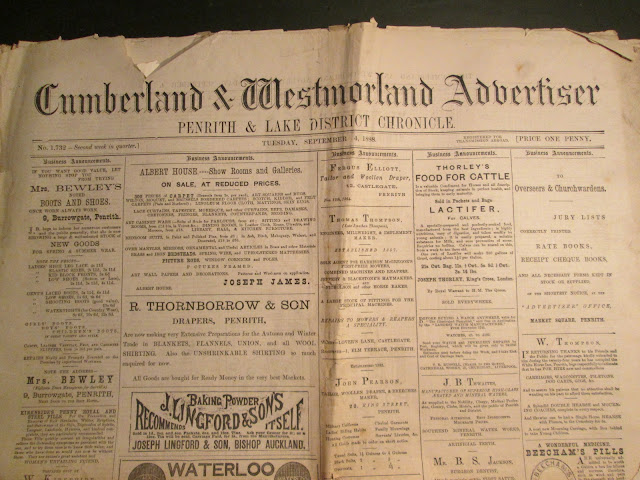 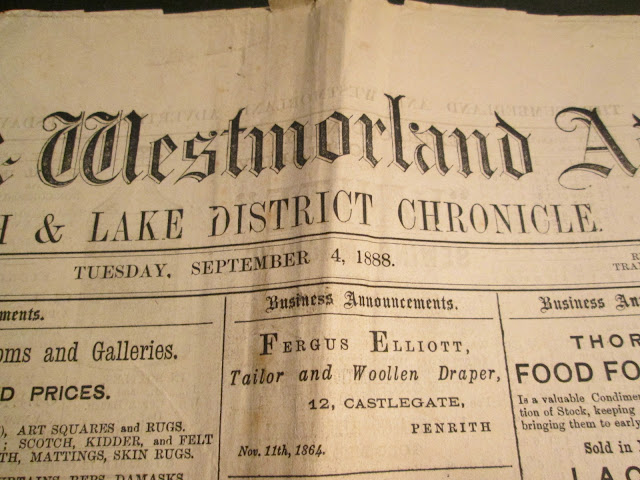 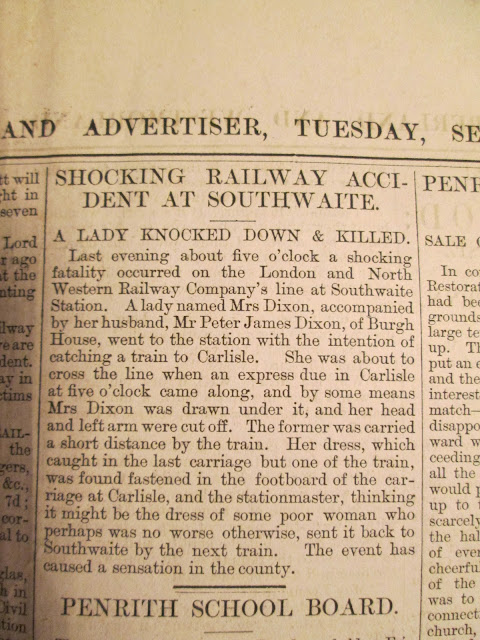 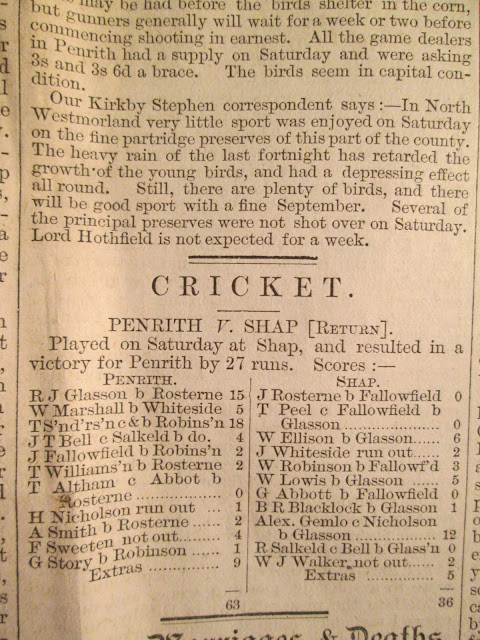 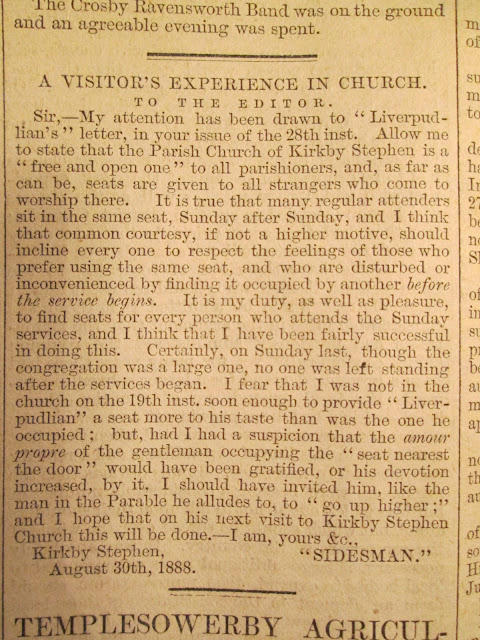 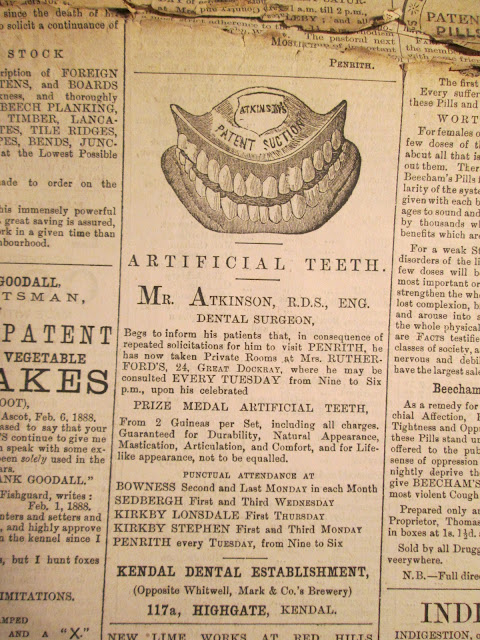 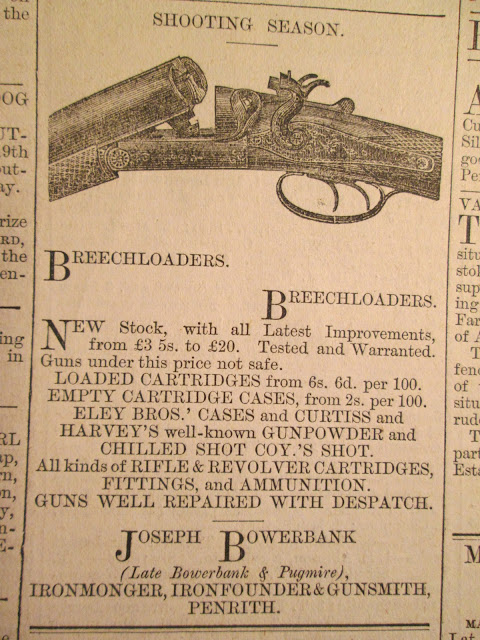