Here's a recent arrival at Withnail Books: a 1945 novel with a great cover design: 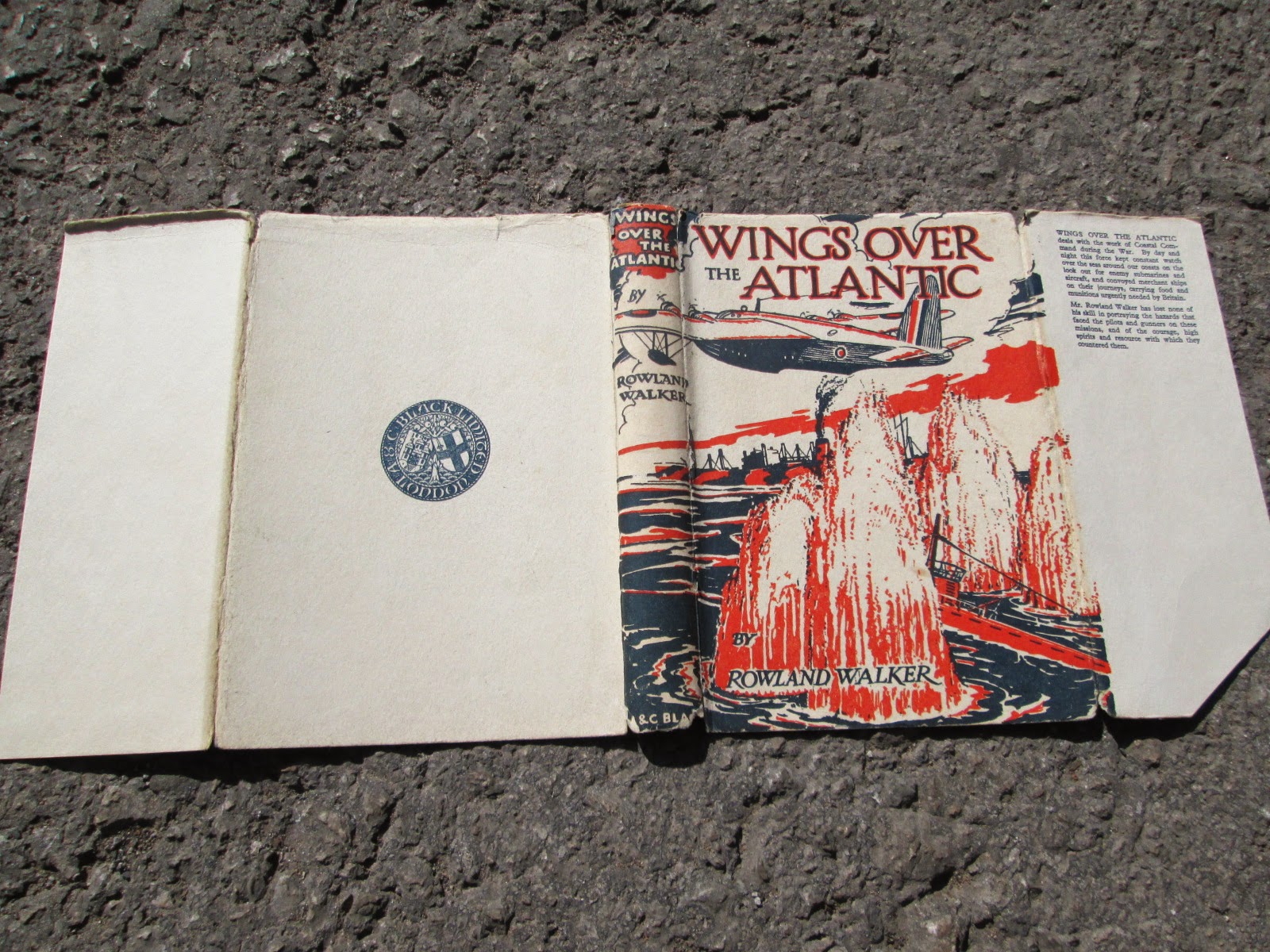 It was evidently a 'plucked from the headlines' affair, as the blurb says: "The Coastal Command kept constant watch over the seas around the coasts on the lookout for enemy submarines and aircraft as well as guarding merchant ships carrying food and munitions needed by Britain. The author skillfully portrays the hazards faced by the pilots and gunners on these missions and of the courage, high spirits and resource with which they countered them!"

What caught my eye though, as I took the dust jacket off to cover it with protective film, was that it had something printed on the other side... 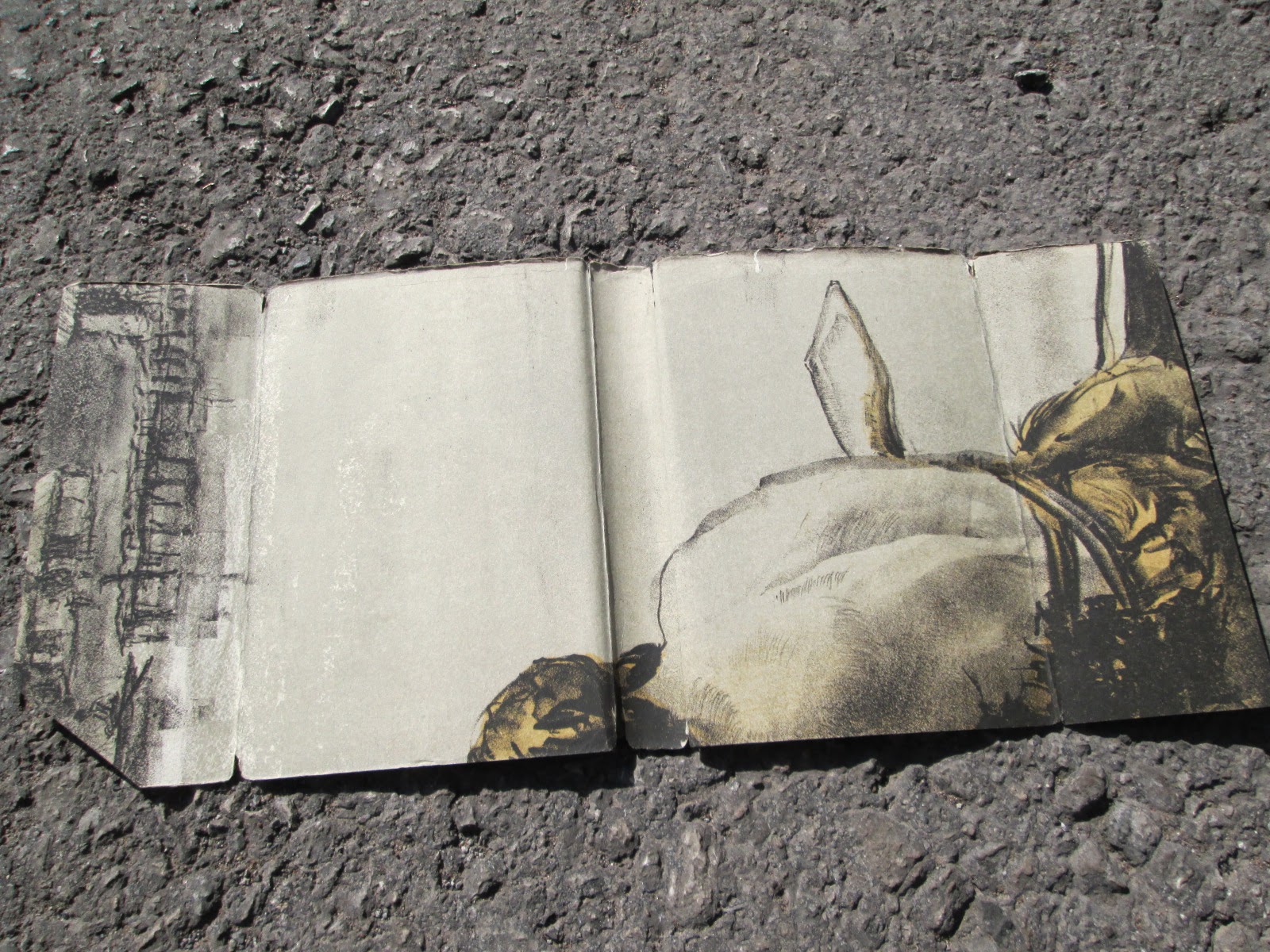 I'd first come across a different double sided dust jacket a few weeks ago, and wondered if it was some kind of weird, one-off printing error. Then I realised it was just a wartime rationing/saving measure: take sheets of jackets that have been printed but then for whatever reason not used, and print on the blank side. I planned to blog about it, but Callum James at the excellent Front Free Endpaper, by pure coincidence, beat me to it.

But this copy of Wings Over the Atlantic intrigues me. Most of the (few) jacketed copies on ABE mention that the wrapper is 'recycled', and one listing mentions the title on the other side: Percy Westerman's The Rival Submarine. This copy evidently isn't the same. In fact, I don't think it's reprinted from a dust jacket at all. When I first looked it at, I thought it might be an illustration of a prehistoric stone on a little hill, but then my colleague Other Adam pointed out that it was someone's back: 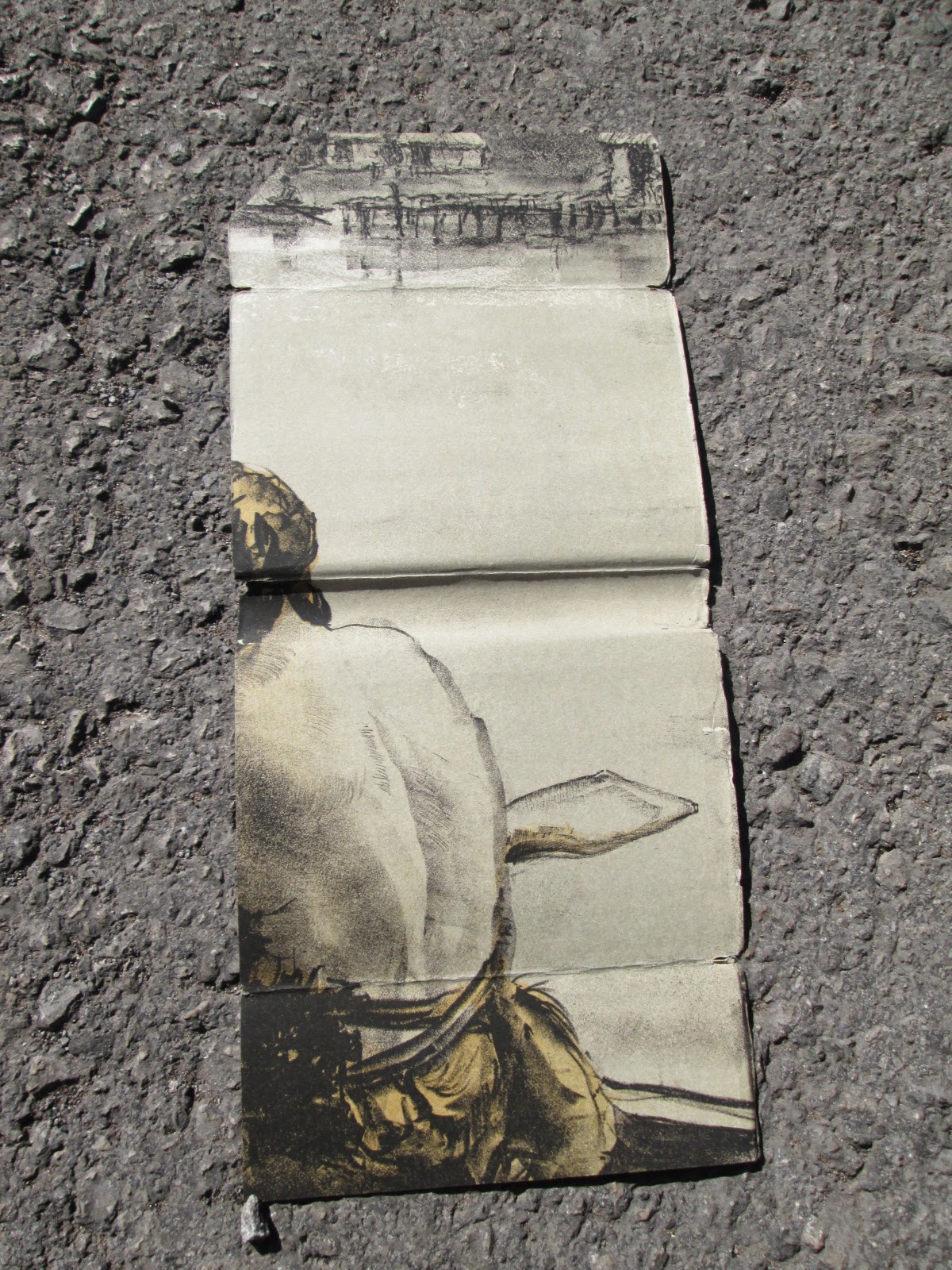 I think early history is right though: is that a spear head, perhaps? At the top of the image is what looks like a village of huts, a pier, and a chap in boat... 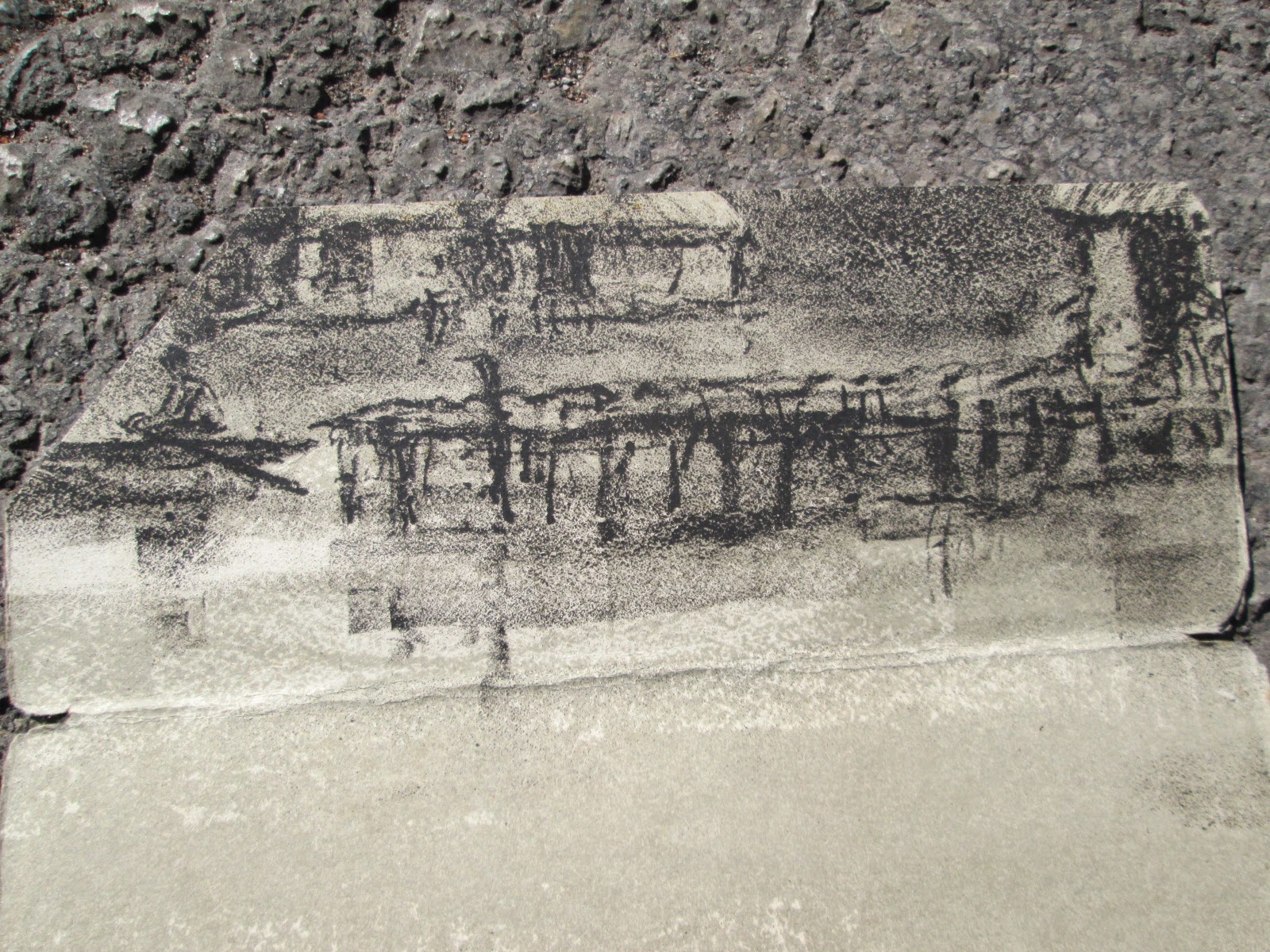 It can't be a dust jacket though, as it's way too big an image. So what was it? A poster, or print? Does anybody recognise it? For now, it's a mystery.
Posted by Withnail Books at 19:08