An Original Page of Dave Gibbons Doctor Who Art (From A Story With a Rather Famous Fan...) 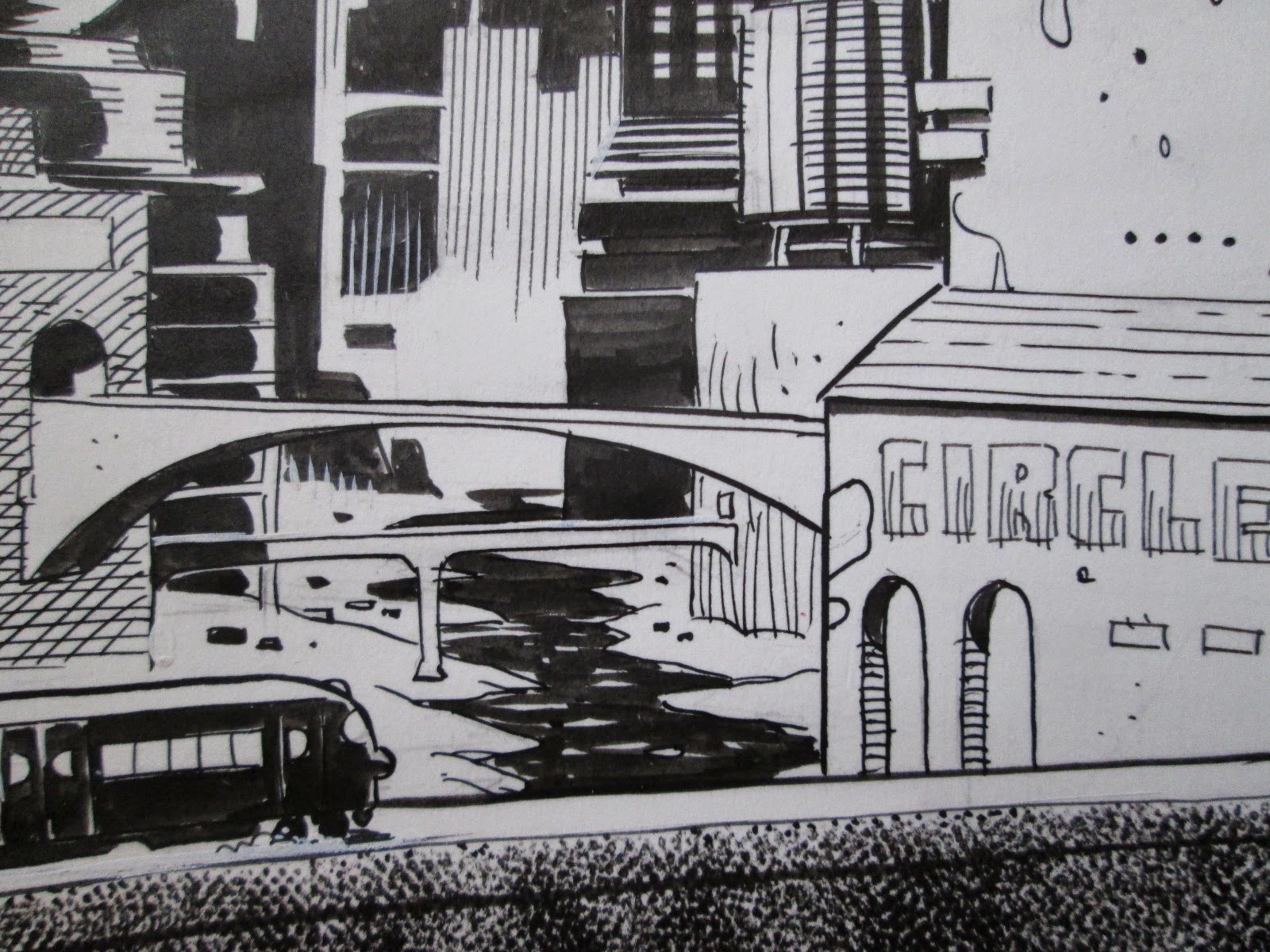 In issue 57 of Doctor Who Monthly, a letter appeared from a reader who wanted to praise the comic strip from a couple of issues back:

‘I simply must comment on The End of The Line. I’ve always concentrated more on the articles than the comic strip, but this was outstanding. The ending was surprising, if not shocking and very moving indeed, and gave us a very different perspective on the travels of the Doctor.'

The name of the letter writer? A certain Russell Davies, from West Glamorgan.

So, listed the same weekend as the San Diego Comic Con, and Doctor Who Comics Day, Withnail Books is eBaying a chance to own an original page from the story which so impressed the man who later - with an added T. to his name - brought the Doctor so triumphantly back to TV. (Watching the cannibals in his episode 'Utopia', it's easy to see some direct influences from this strip, too...)

Any reader of DWM back in 1981 would have been pulled up short by this story (summarised here), and this page, with its big splash panel, is the one the really packs the main punch of the narrative: there's nowhere to escape to! Indeed, long before the 'dark' stories of the post 2005 TV series, here's a tale, brilliantly written by Steve Parkhouse, where the Doctor comprehensively loses, and fails to save anyone. 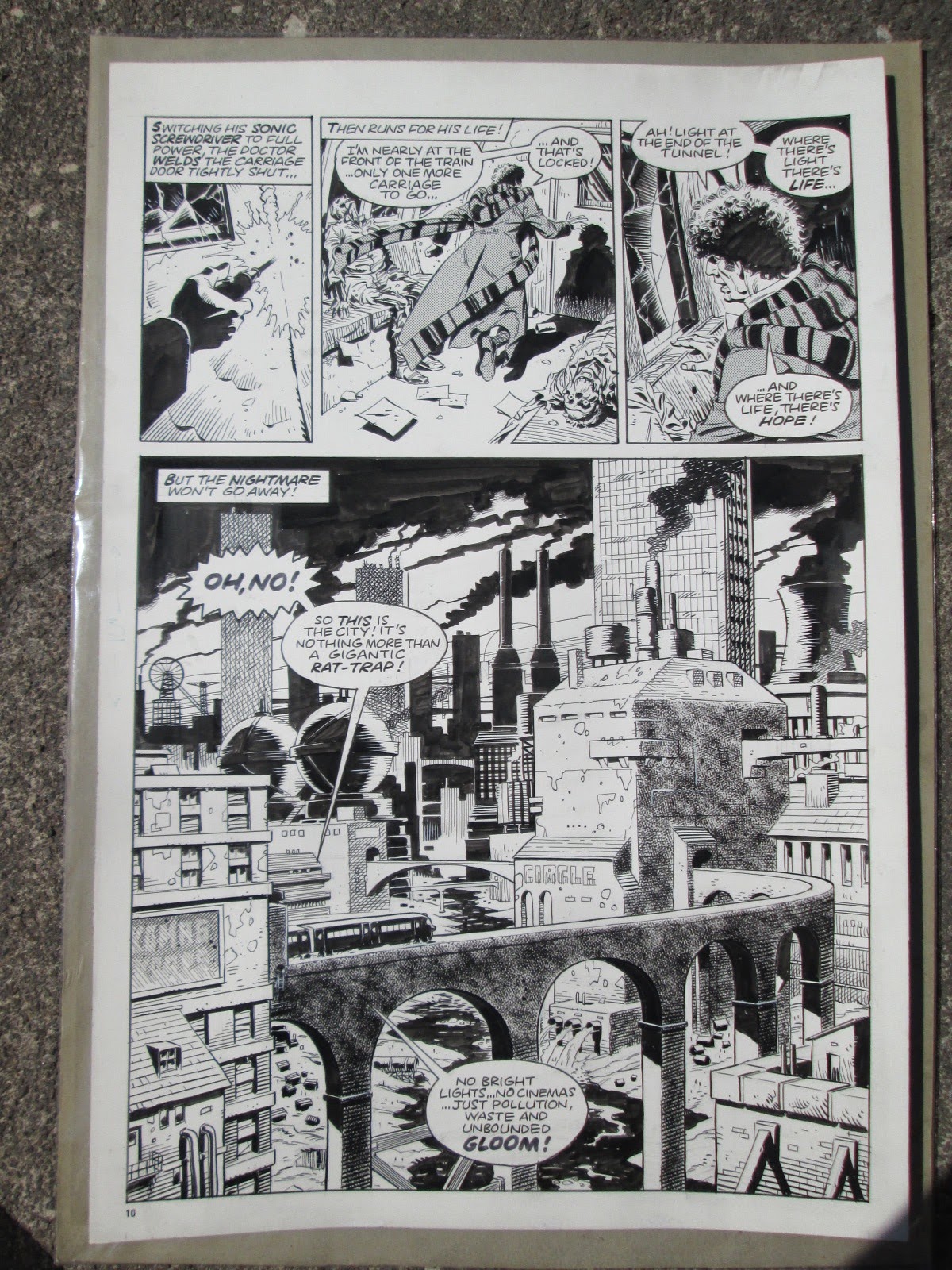 The art is inks over pencils, with Letraset for the Doctor's coat, and the odd bit of Tippex here and there, as part of the art. It's on thin artboard, approx 19 x 13in. An added bonus of course with Dave Gibbons' art is that he was his own letterer, so there are no faded sticky speech balloons on the art here: all the lettering is inked directly onto the board. A few years ago I had the chance to show Dave (a lovely gent) the page. He remembered it fondly, and added "You know how I got that textured effect on the railway bridge? Dabbed it with an old tea towel!" So there you go.

As you can see from the photos, the detail on this page is really phenomenal, and there's more than a hint of the Watchmen cityscapes to come...

I've set the Buy It Now price at what I think is reasonable for this key bit of British comics and Doctor Who history (it's certainly more affordable than the £10,000+ any page of Watchmen is going to set you back...). 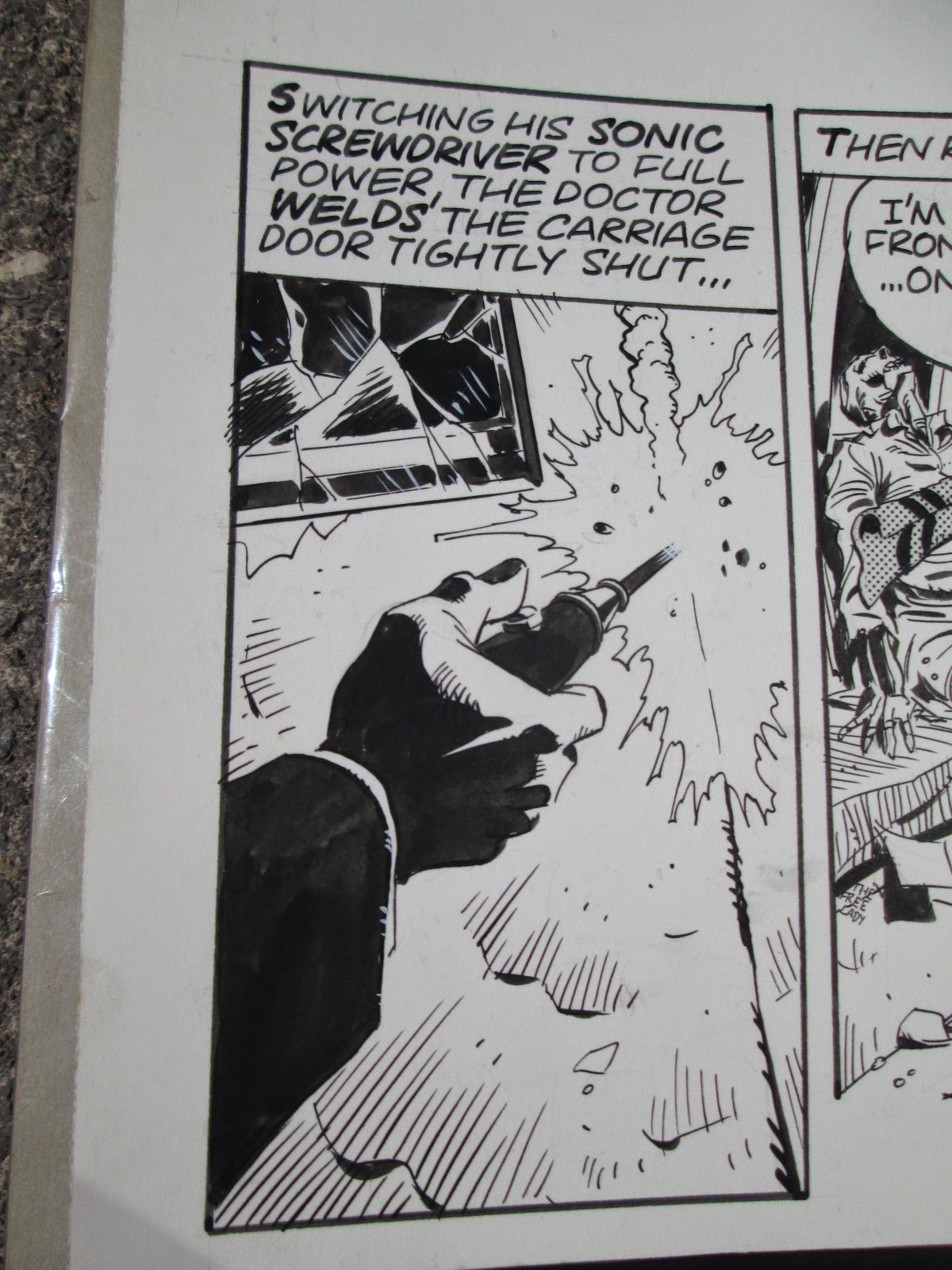 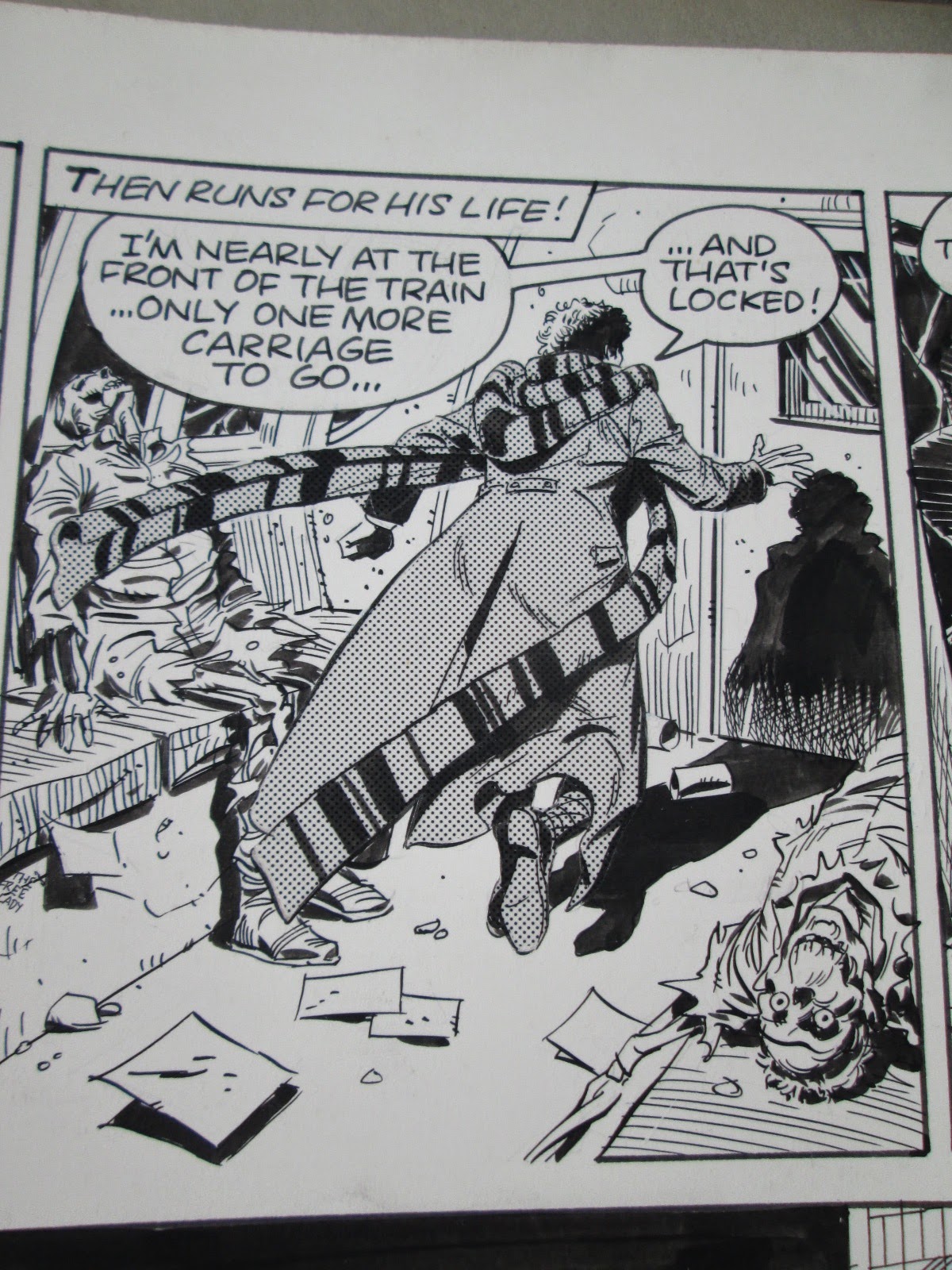 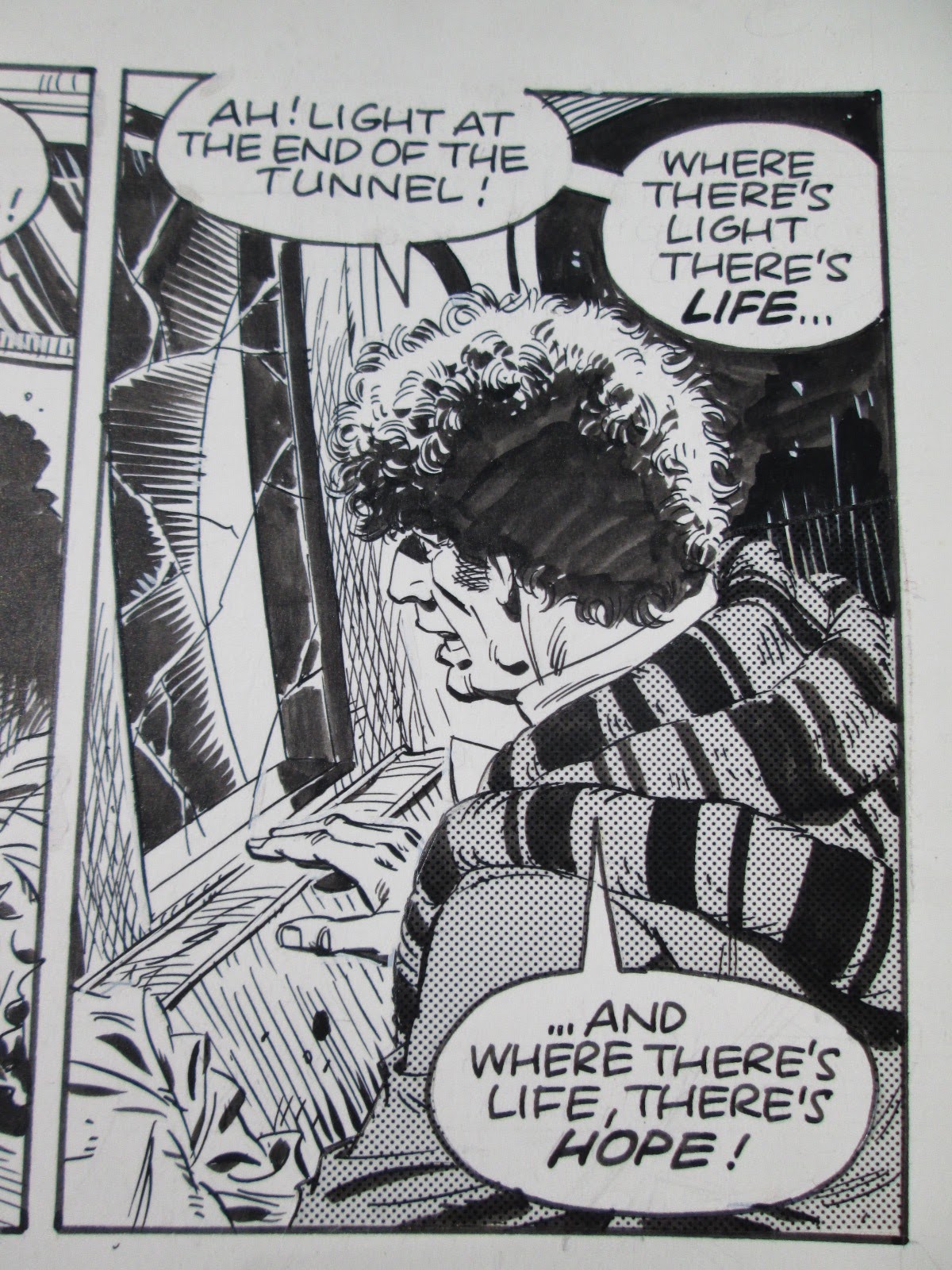 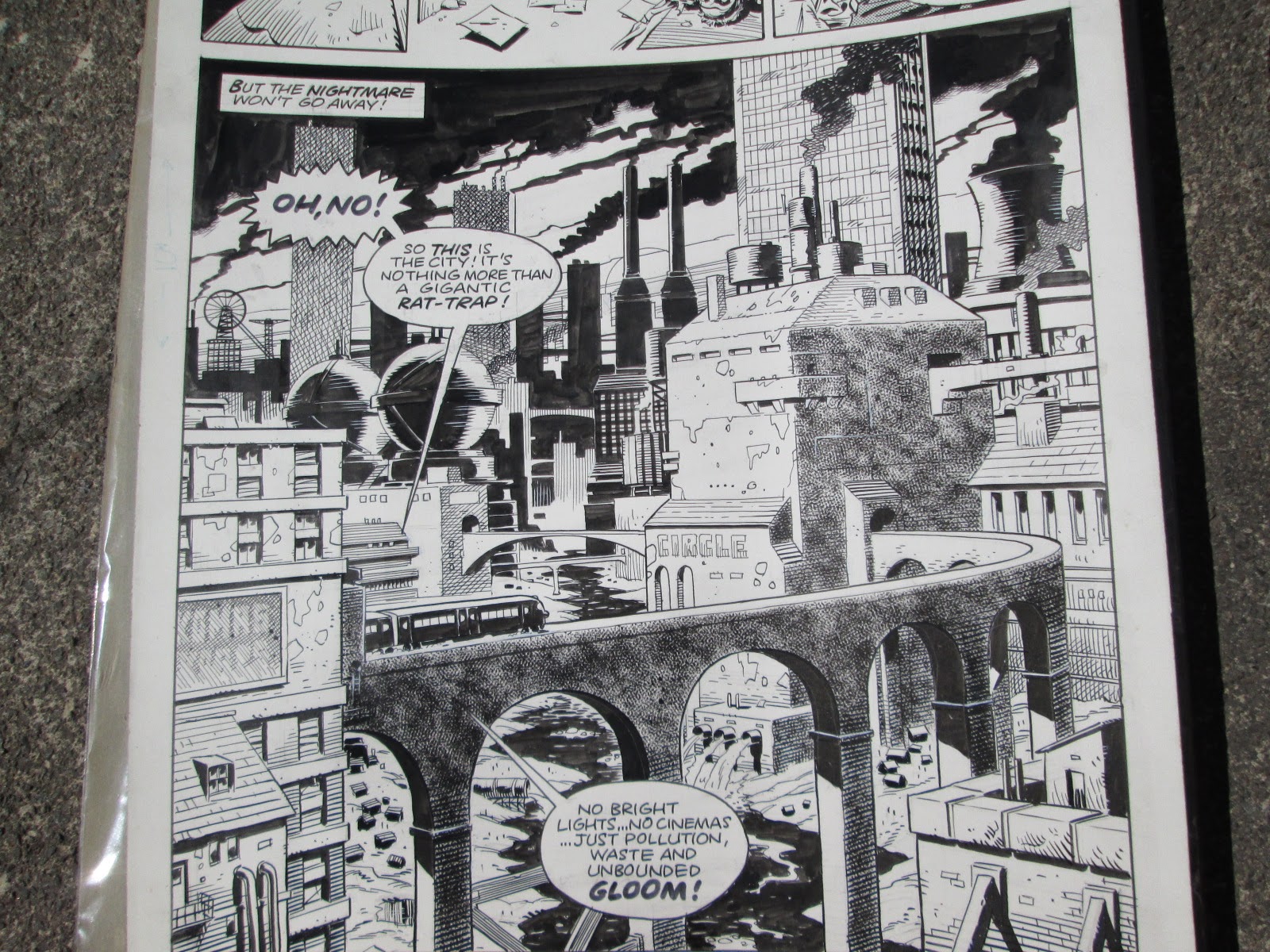 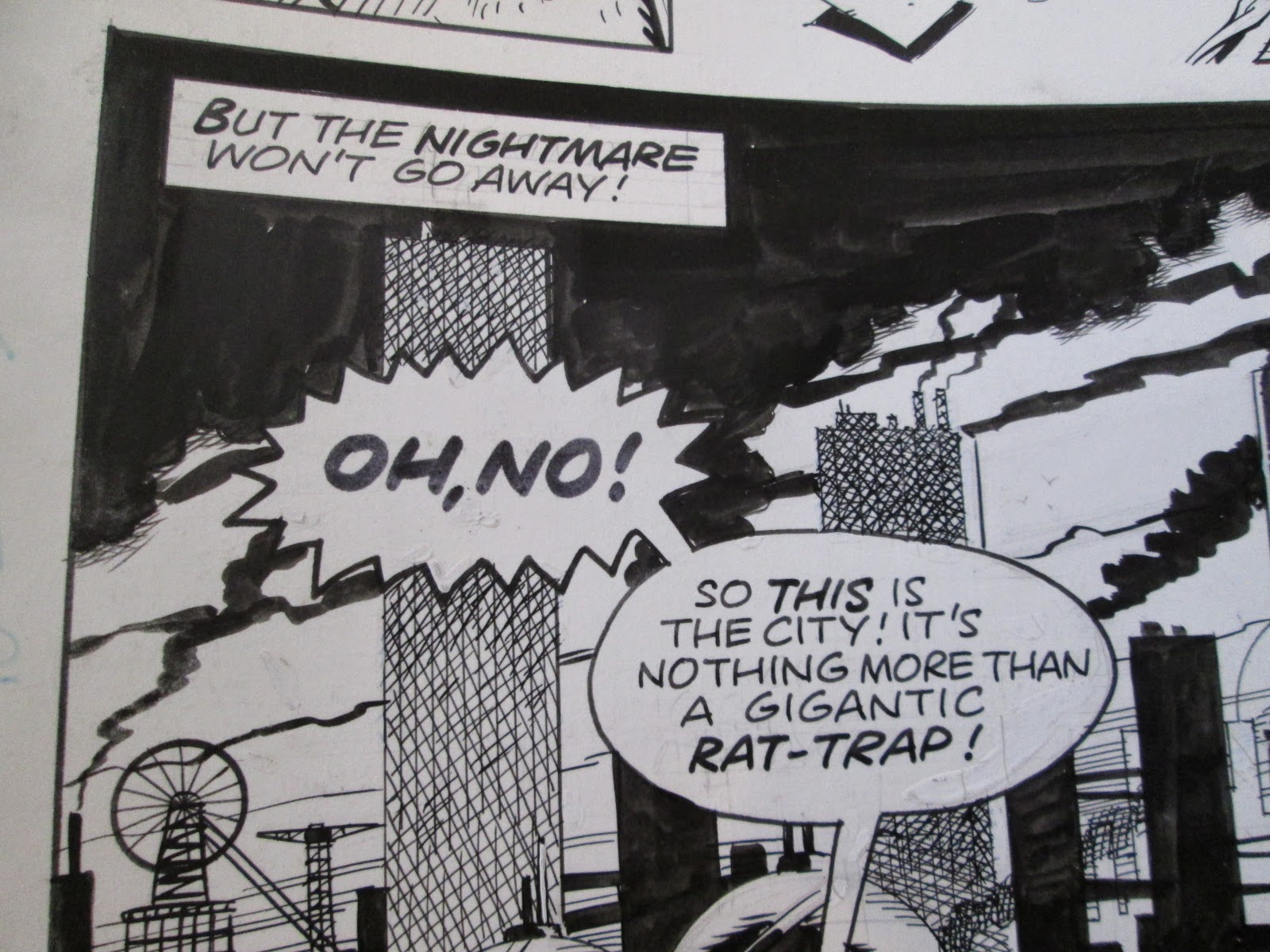 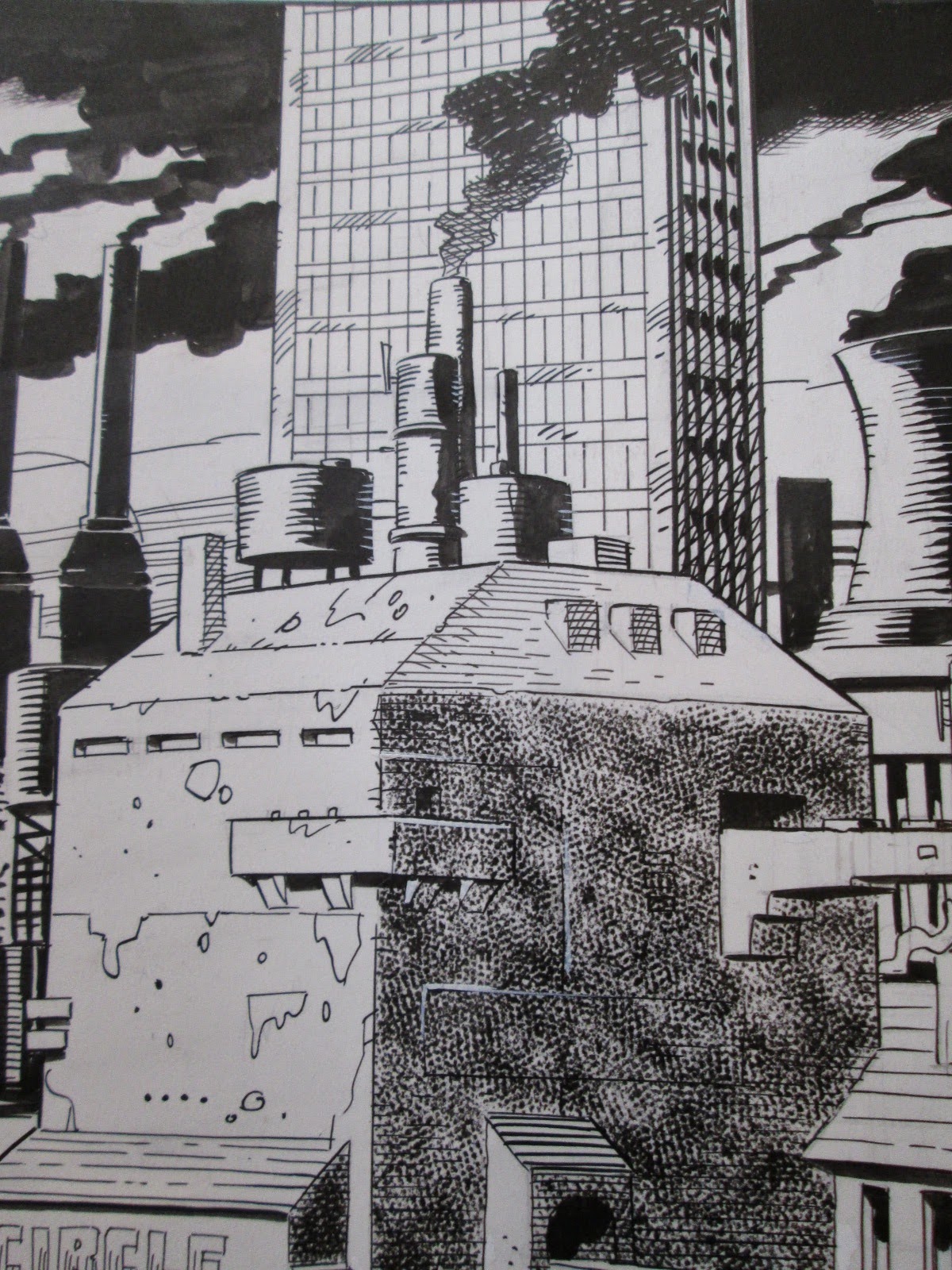 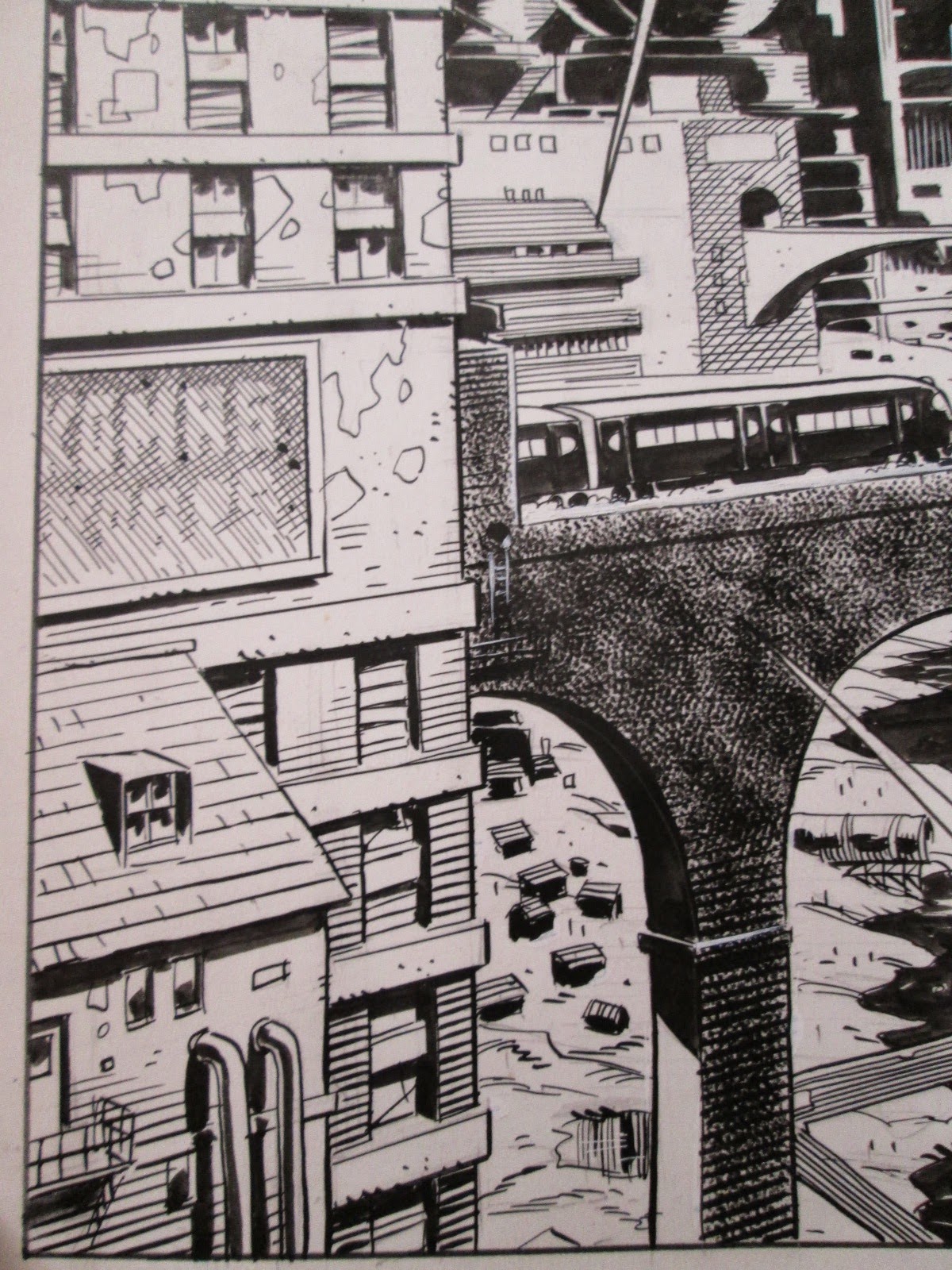 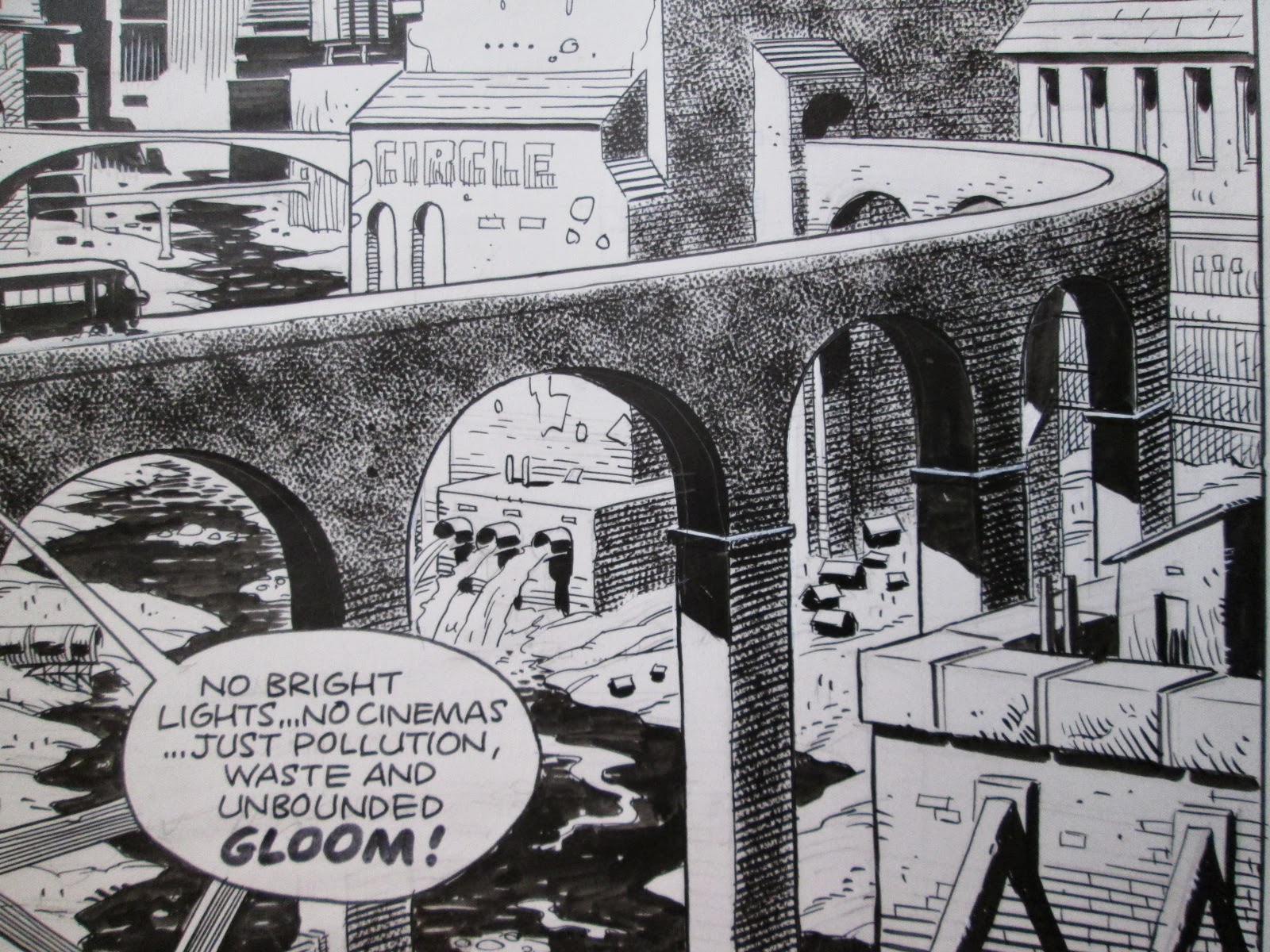 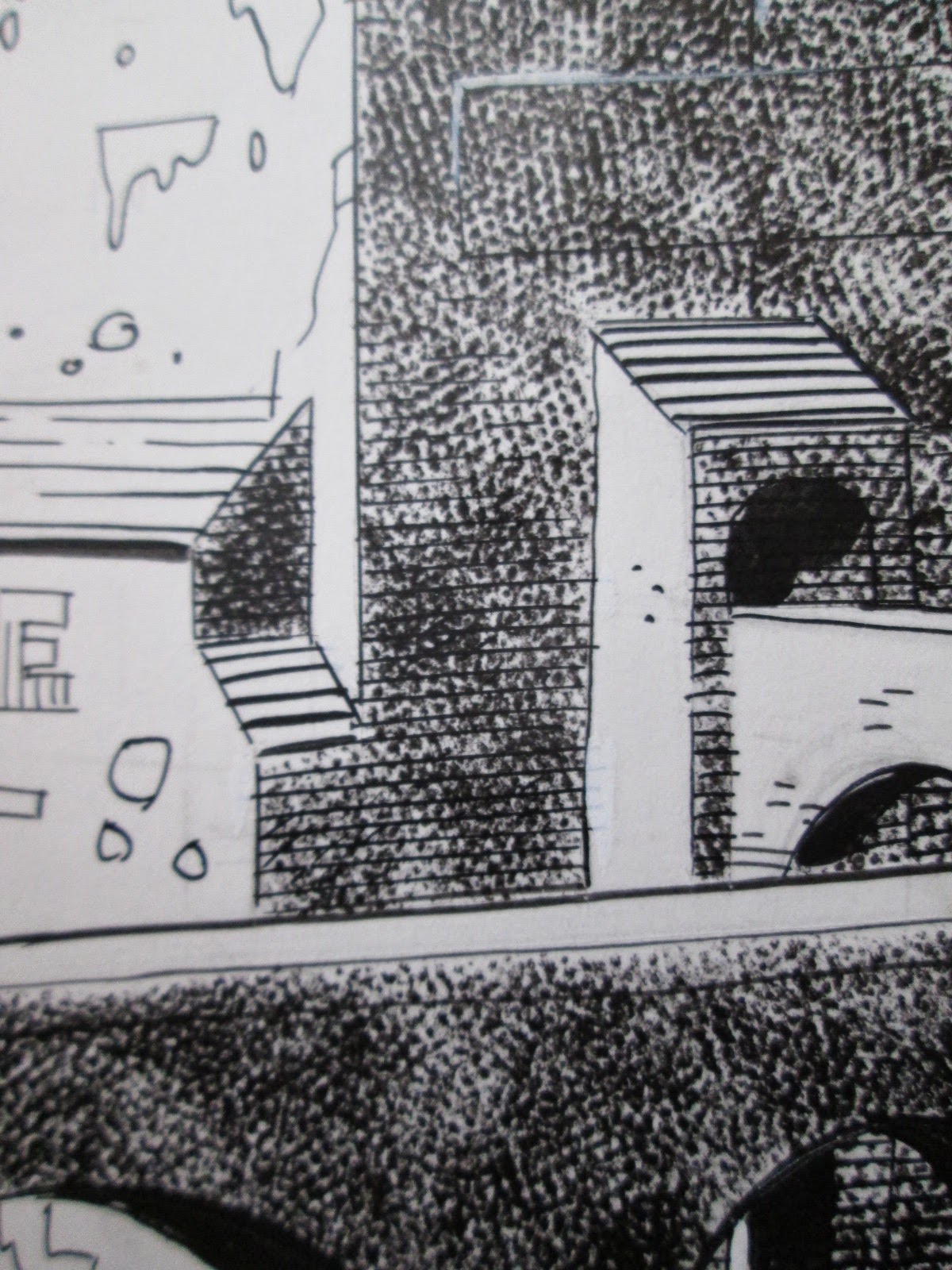 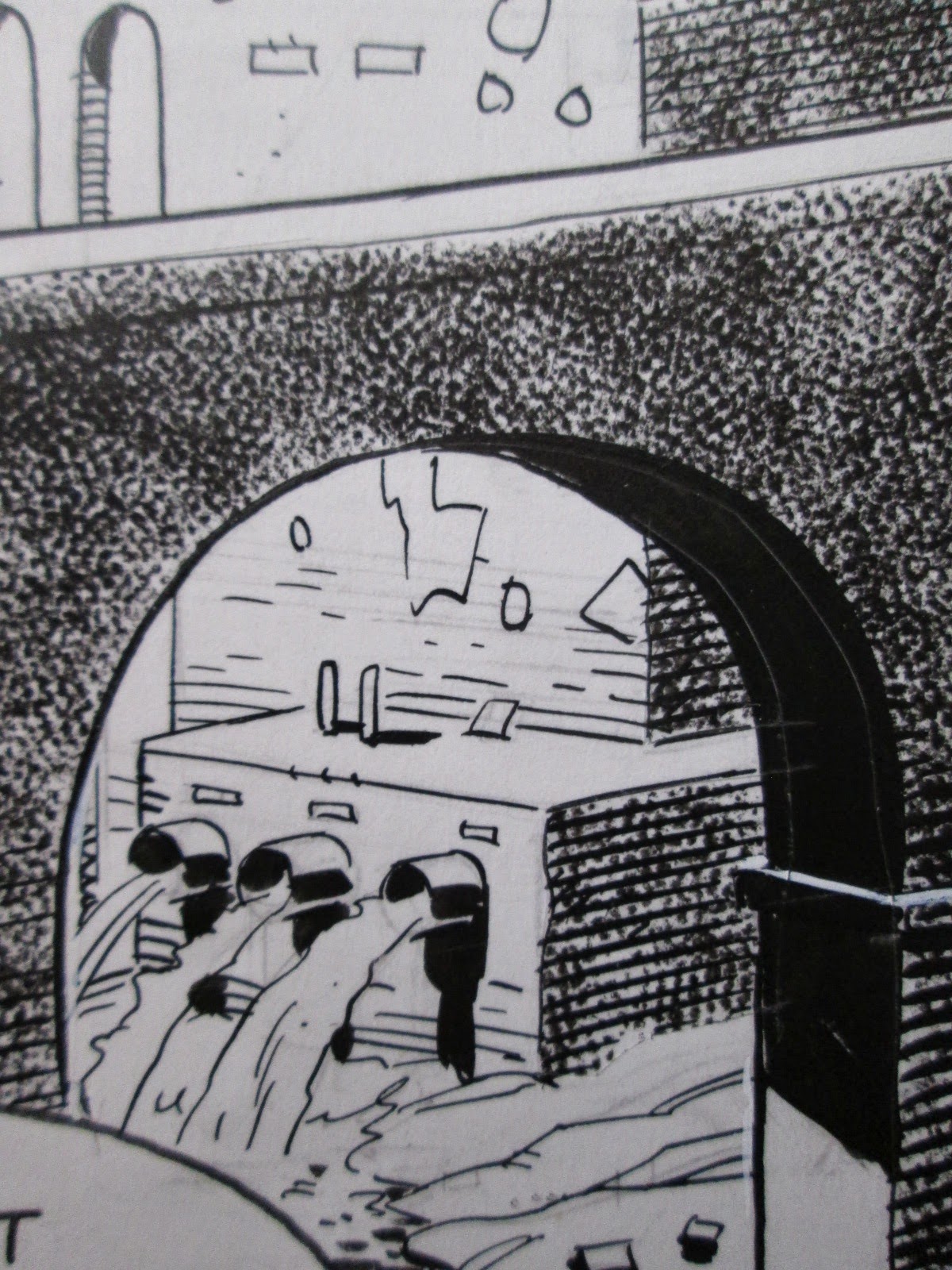 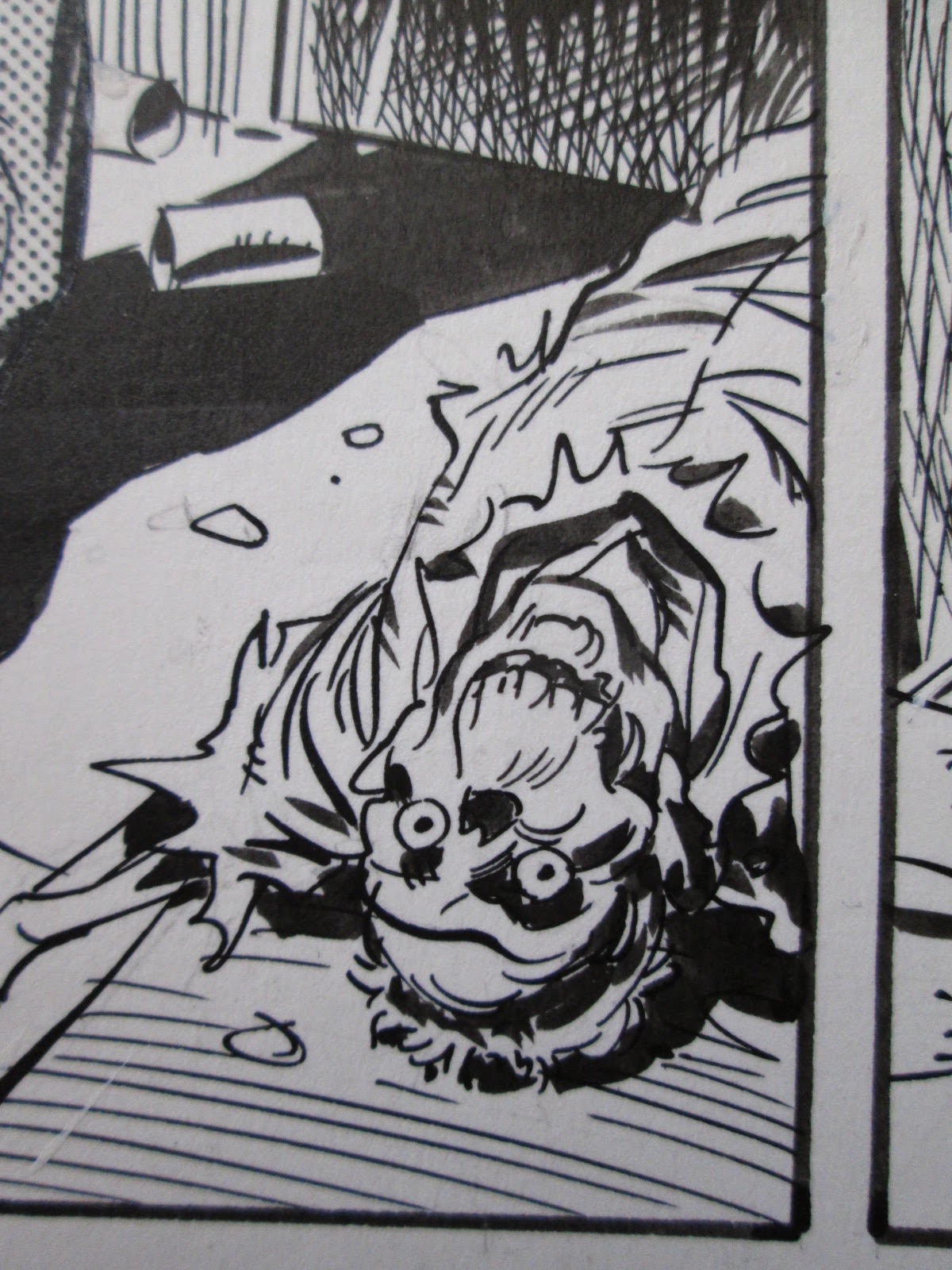 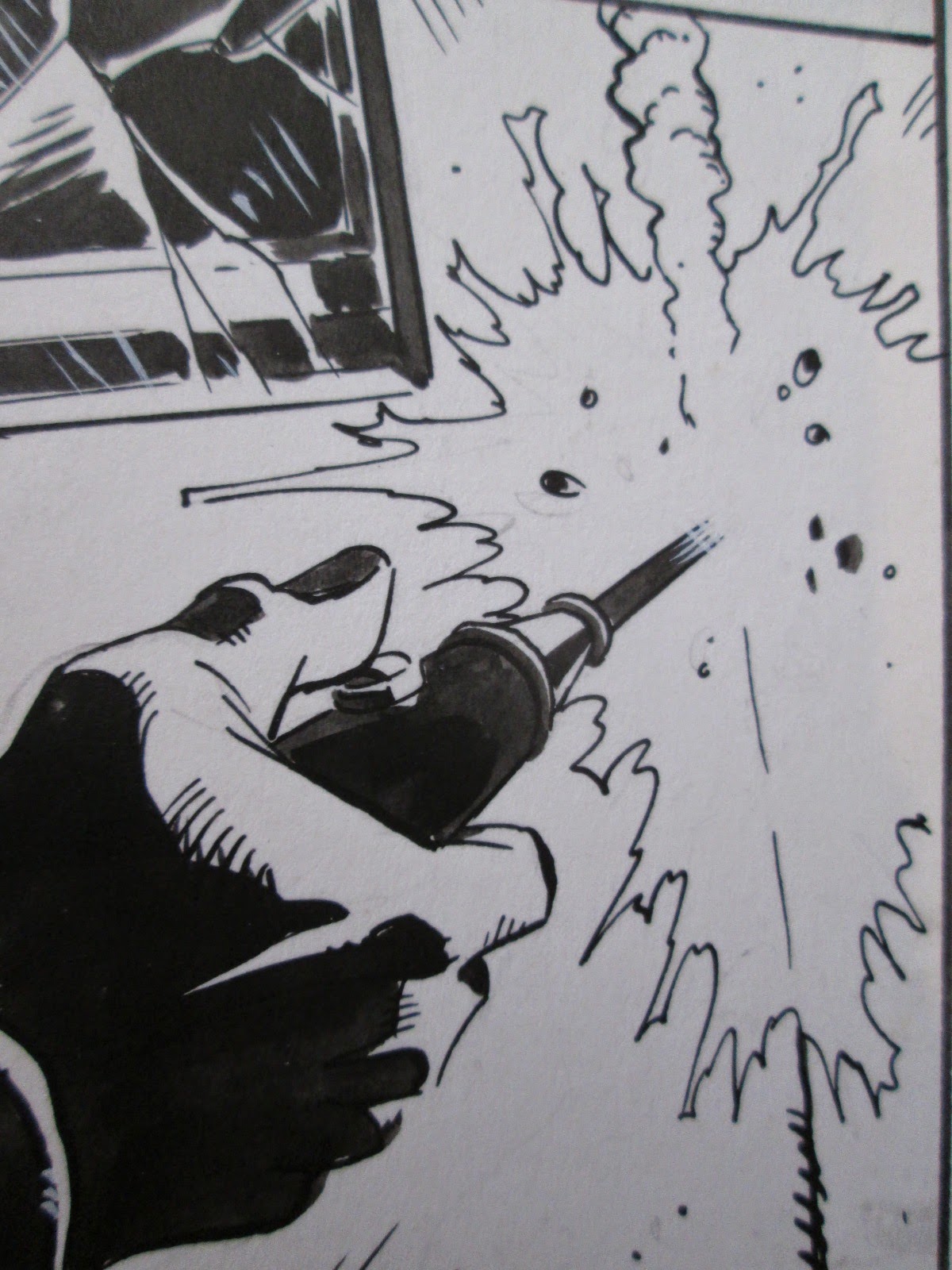 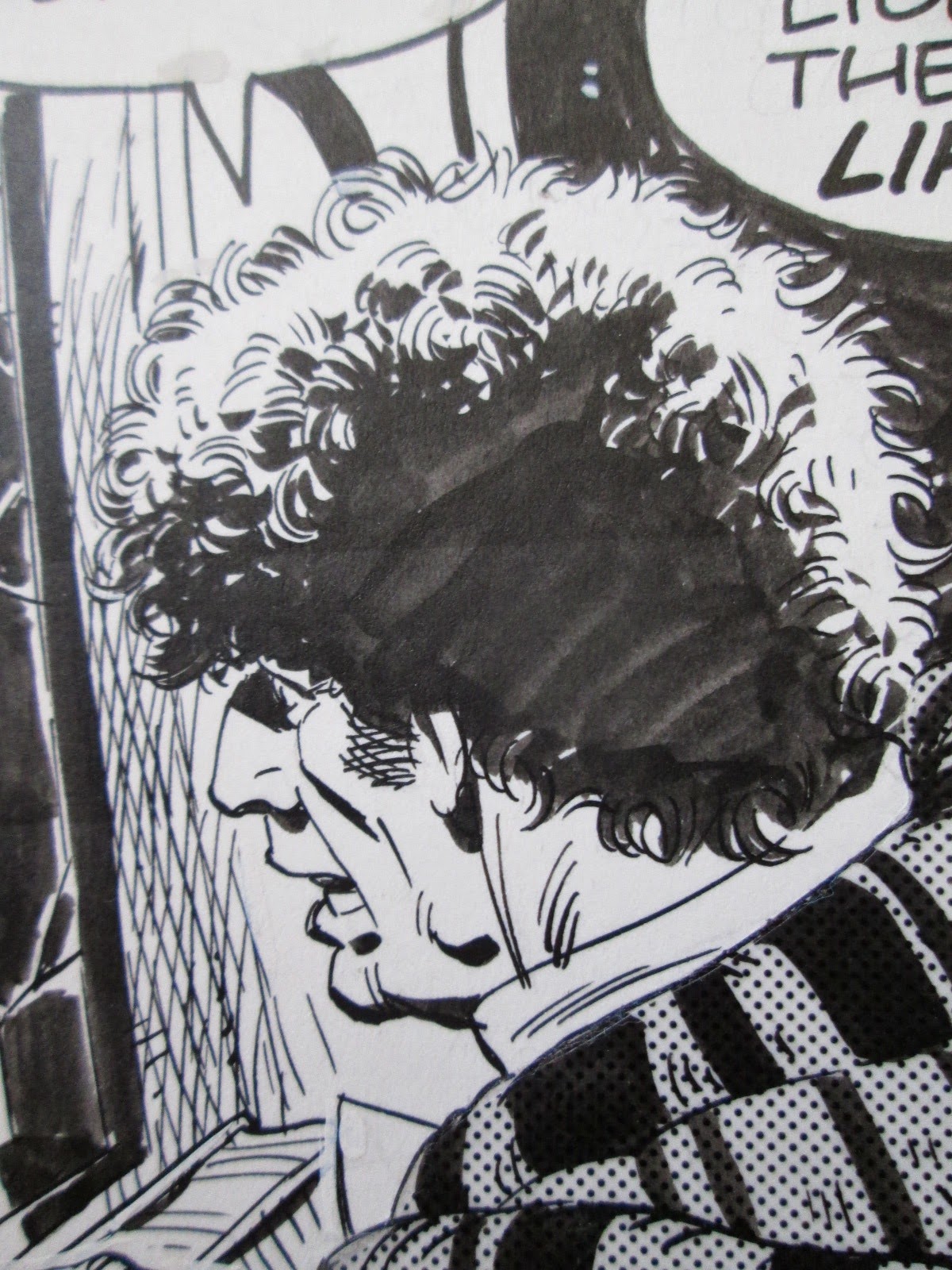 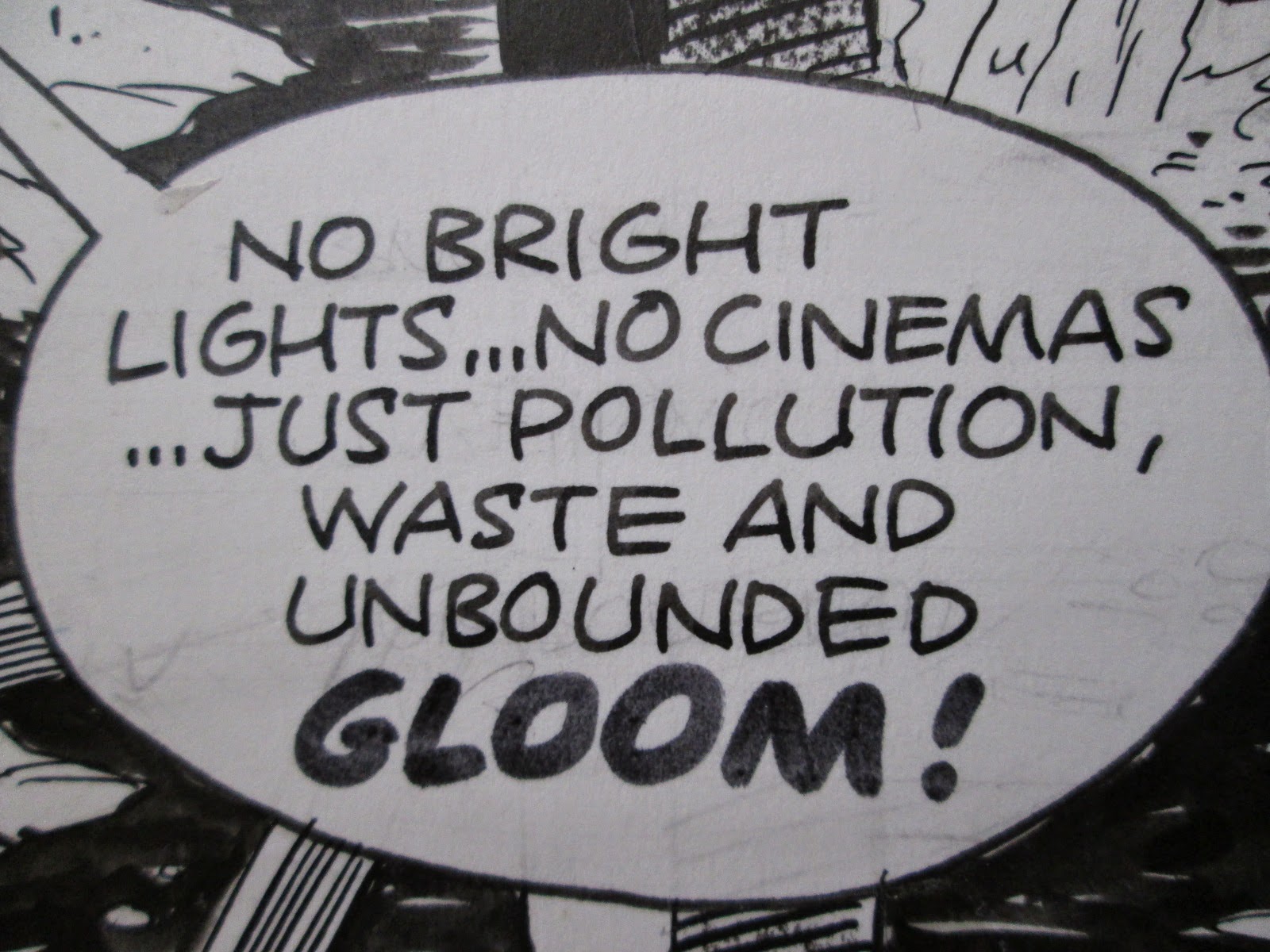 UPDATE: Before I had a chance to post this blog, it sold. It will be off to its new home in Australia next week...