In tests, it has been scientifically proven (probably) that the coolest Star Wars character is not that default answer of callow youths — Boba Fett — but is in fact the scruffy lookin' nerf herder himself, the Corellian smuggler Han Solo.

It's not surprising then that, back in the early days of Star Wars spin-offs, a subgenre that has since grown to encompass countless novels, comics and computer games (so many in fact that the new Disney/Lucasfilm recently disassociated themselves from the complex continuity that has grown up, no doubt to make their lives simpler), some of the very first 'original' fiction (only Splinter of the Mind's Eye preceded it) centred around Solo. 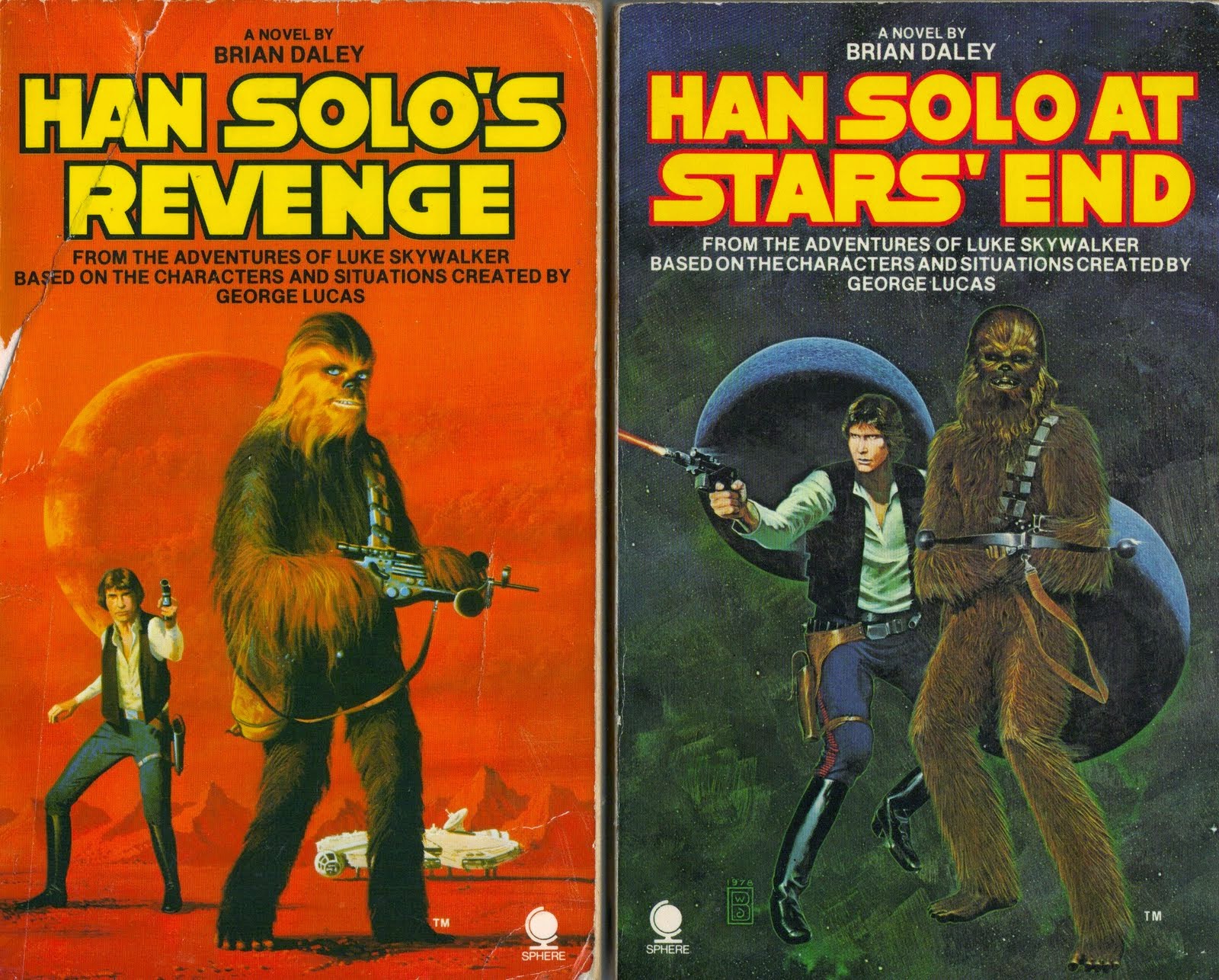 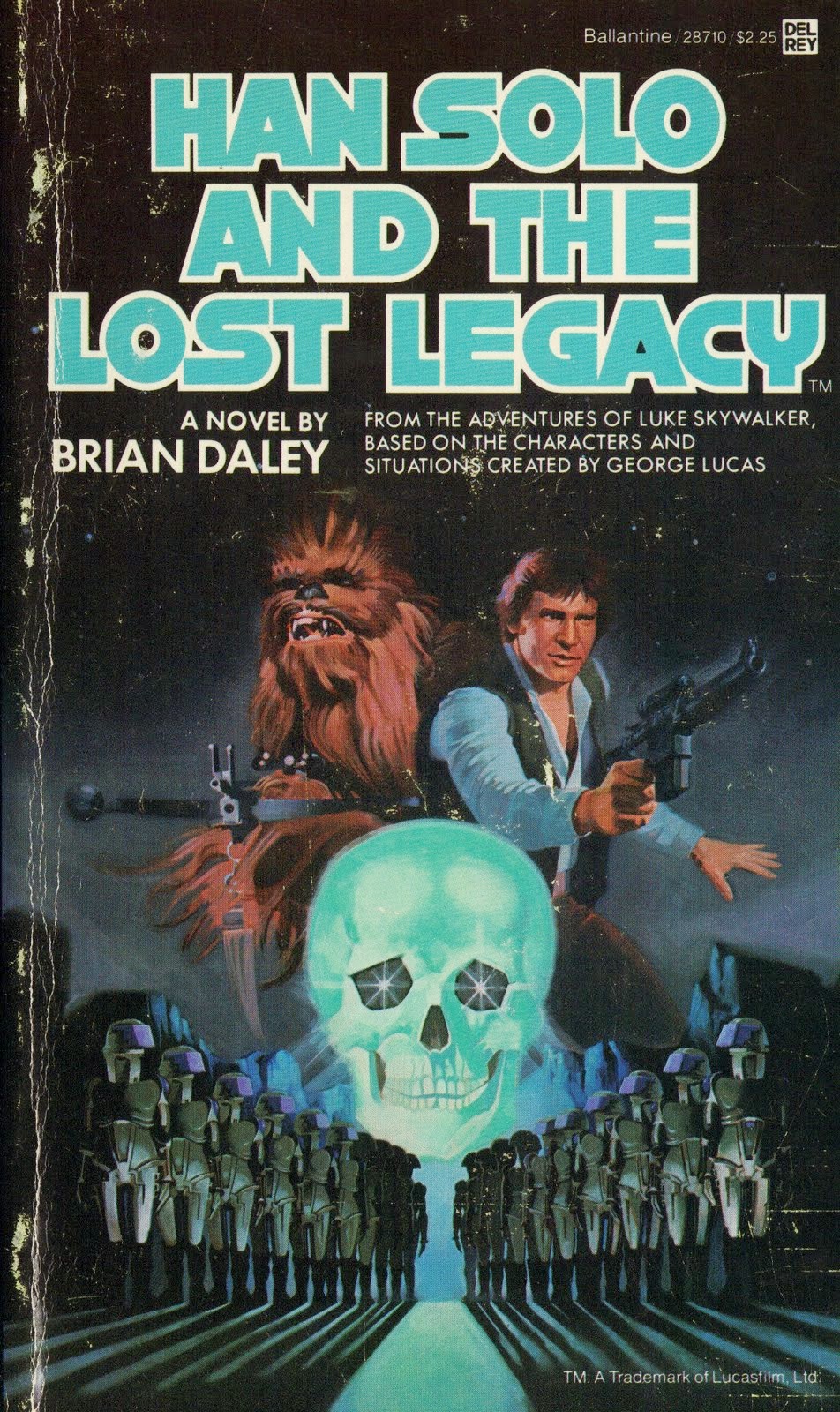 The books proved popular with fans, and are indeed still in print in a 3-in-1 edition. Fanboy note: the text of this edition restores the original name of Han's droid, BLX-5, known as Bollux. No doubt to avoid tittering, the first UK editions had changed this to Zollux. I promise I'm not making this up.

So what's this Hungarian Legacy then? Well... back in the early 1990s I lived for a while in Budapest. I used to buy cheap knock-off cassettes for my Walkman from stalls outside the railway stations, stalls which also had cheap paperbacks. One morning I saw one of these... (even though my Hungarian was and is non-existent, I had to have it): 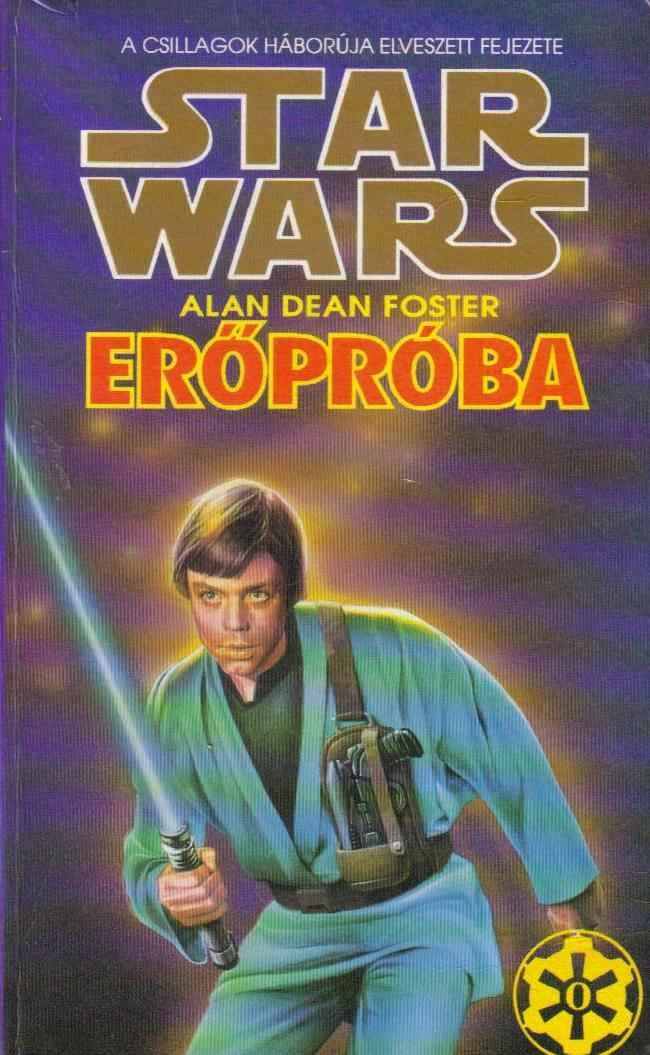 A Luke Skywalker-centric Star Wars novel by Alan Dean Foster: yes, it's Splinter of the Mind's Eye, though the Hungarian title is (so google translate tells me) 'Showdown'. I couldn't read it, but I couldn't resist the cover art, which was just off-piste enough to be eye-catching: since when did Luke ever wear a shoulder holster? How the hell did Lucasfilm, well known for their control-freakery when it came to licensed products, ever approve that for publication?

A few weeks later, I saw these, and also bought copies (all long since sold on, alas, before anyone asks): 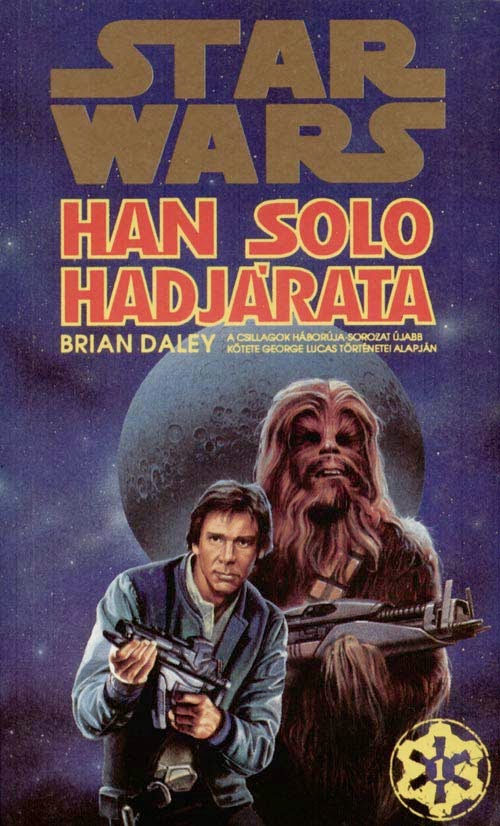 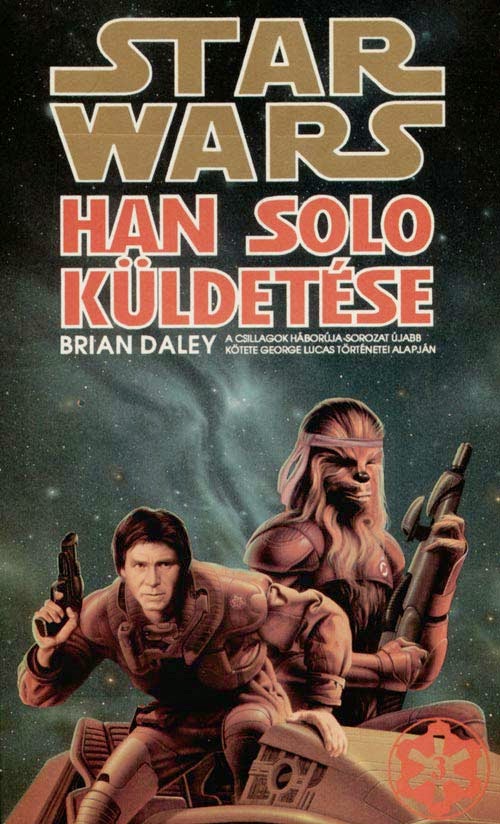 Yup, it's the Brian Daley trilogy, with an increasingly off-the-leash cover artist (love the headband Chewie is modelling there). The books evidently did well, and had their own 3-in-1 bind-up, with a similarly bonkers cover: 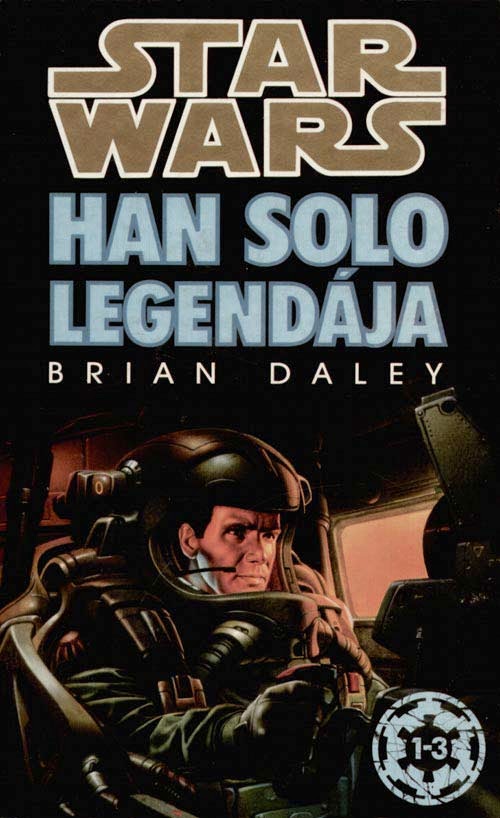 These had to be unlicensed knock-offs, I thought. After all, the Hungarians had form when it came to dodgy Star Wars merchandise.

What I've only just discovered, all these many years later, is that not only was I right, but the cheeky Hungarian publisher, Valhalla, chanced their arm a *lot* further...

Information (in English) on these books is thin on the ground, but after some fairly deep googling I've seen 'Dale Avery' revealed as a pseudonym for the Hungarian writer Zsolt Nyulászi. No one seems to know who 'Ed Fisher' was (other than Carrie Fisher's Dad, but one assumes it wasn't him...). Apparently the books were presented inside as translations of English books! They certainly weren't, so one can only assume that they were effectively unlicensed.

Eventually, one source says, Lucasfilm caught up with Valhalla and 'acquired' the rights to the novels (i.e. threatened to sue them out of existence if they didn't immediately cease and desist).

'Dale Avery' didn't mind though: he'd gone on to publish a standalone sci-fi novel which trumpeted his involvement with Han Solo on the cover. It wasn't anything to do with Star Trek as far as I can ascertain, but that didn't stop the cover artist doing a nice painting of a Romulan Warbird... 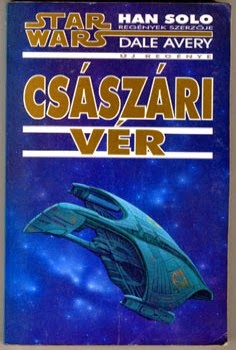 The Hungarian Hans remain a bizarre and little-known footnote in the history of Star Wars, but from the looks of this Magyar trading site, it's not impossible to find second hand copies of them.

There are English-speaking fans who are still desperate to read them. As recently as this month (January 2015) this fan site was appealing for translators. Count me in to read 'em if translations do ever see the light of day, though one thing's for sure, they won't be official.

Let's hope they arrive in time for Solo's swan song appearance on screen (spoiler*) this Christmas...


*OK, I don't actually know whether it will be his final appearance or not, but the smart money is on them killing him off at the end of Episode VII. Considering that's what Harrison Ford wanted to happen in Return of the Jedi, I reckon the promise of an heroic exit was what it took to get him back for one more go round...