Canine Couture, or, Dogs In Dresses


Leafing through a bound copy of Pearson's Magazine from July to December 1898, I came across this, which I thought definitely deserved to be on the internet: 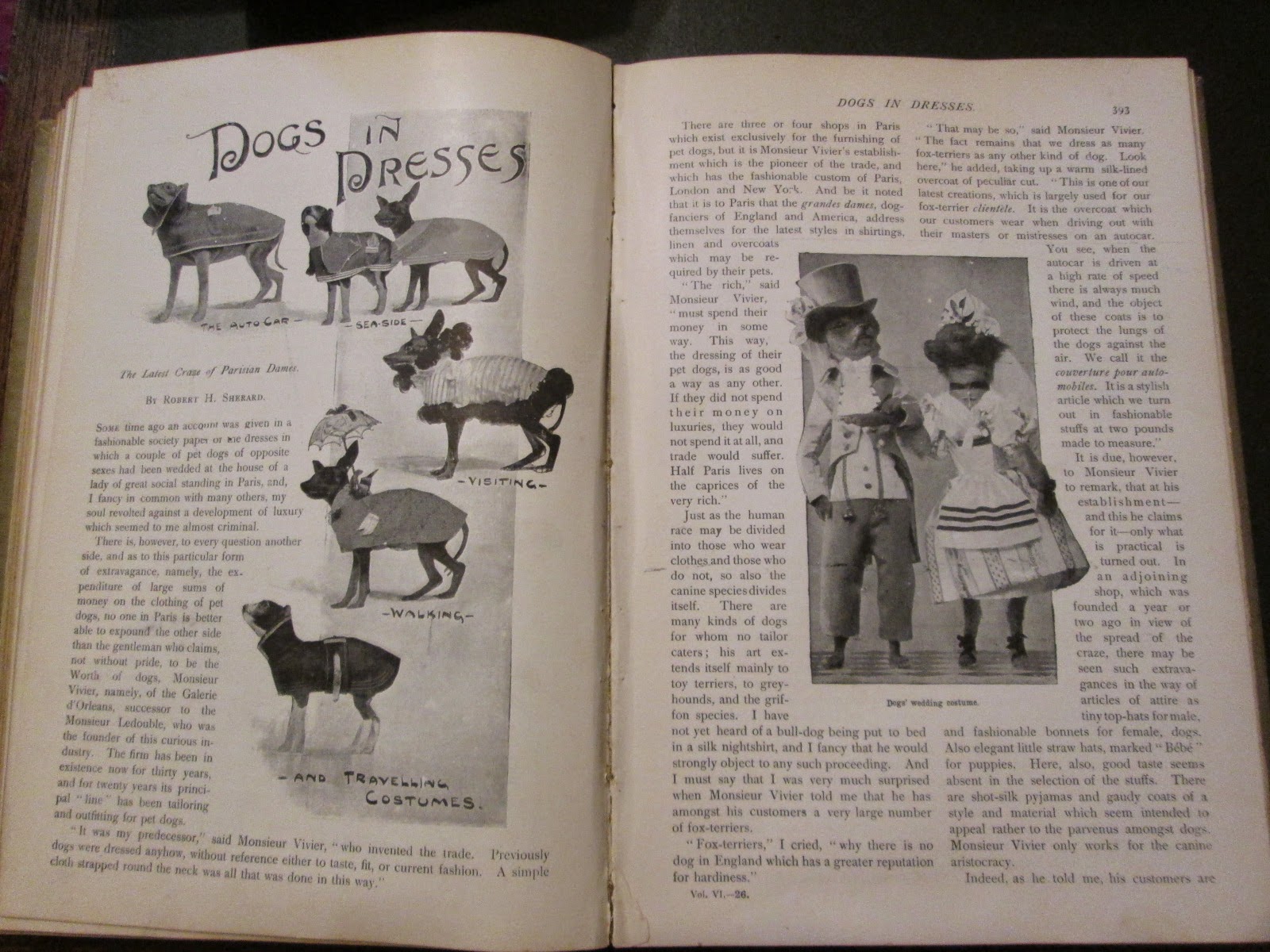 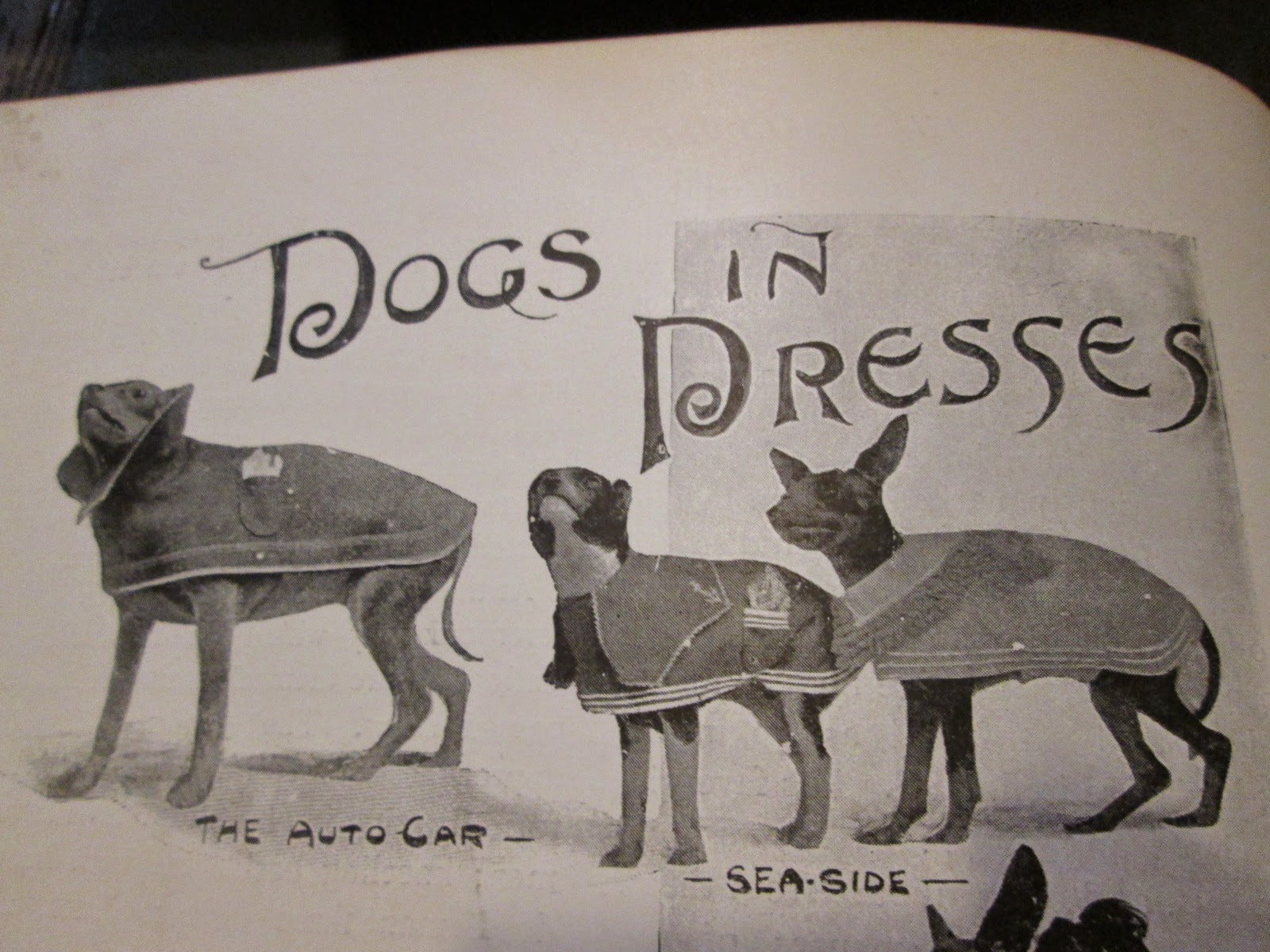 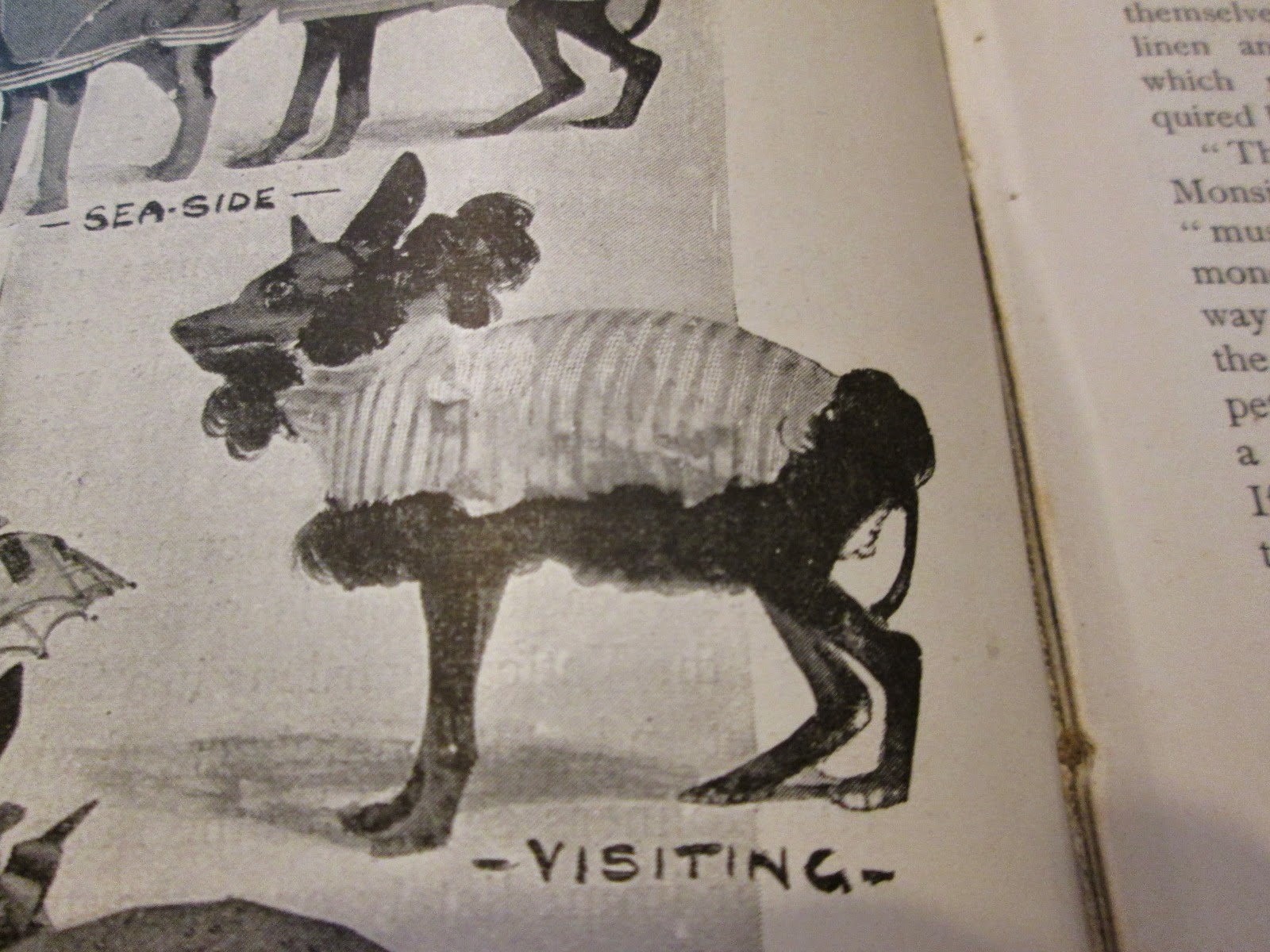 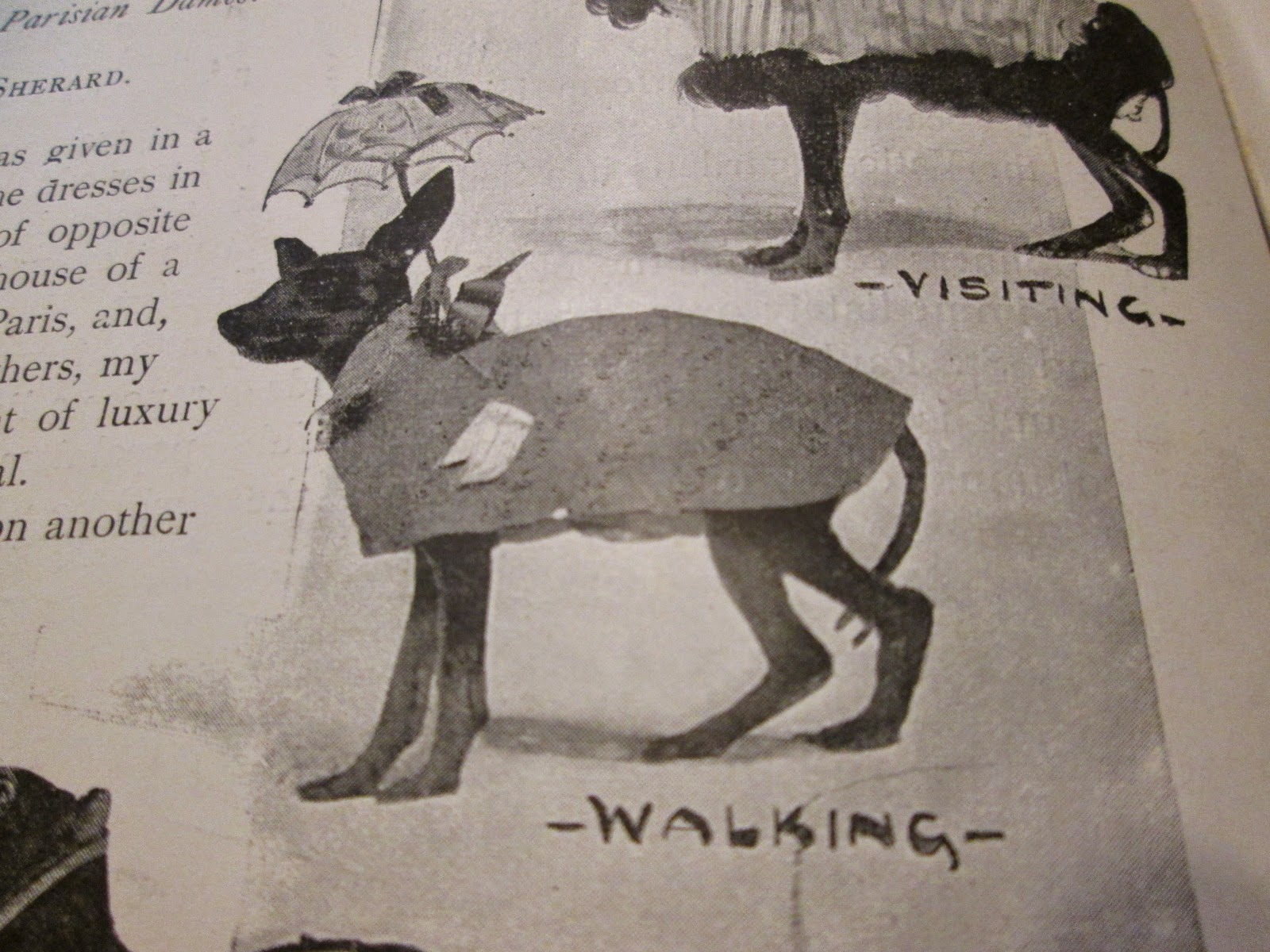 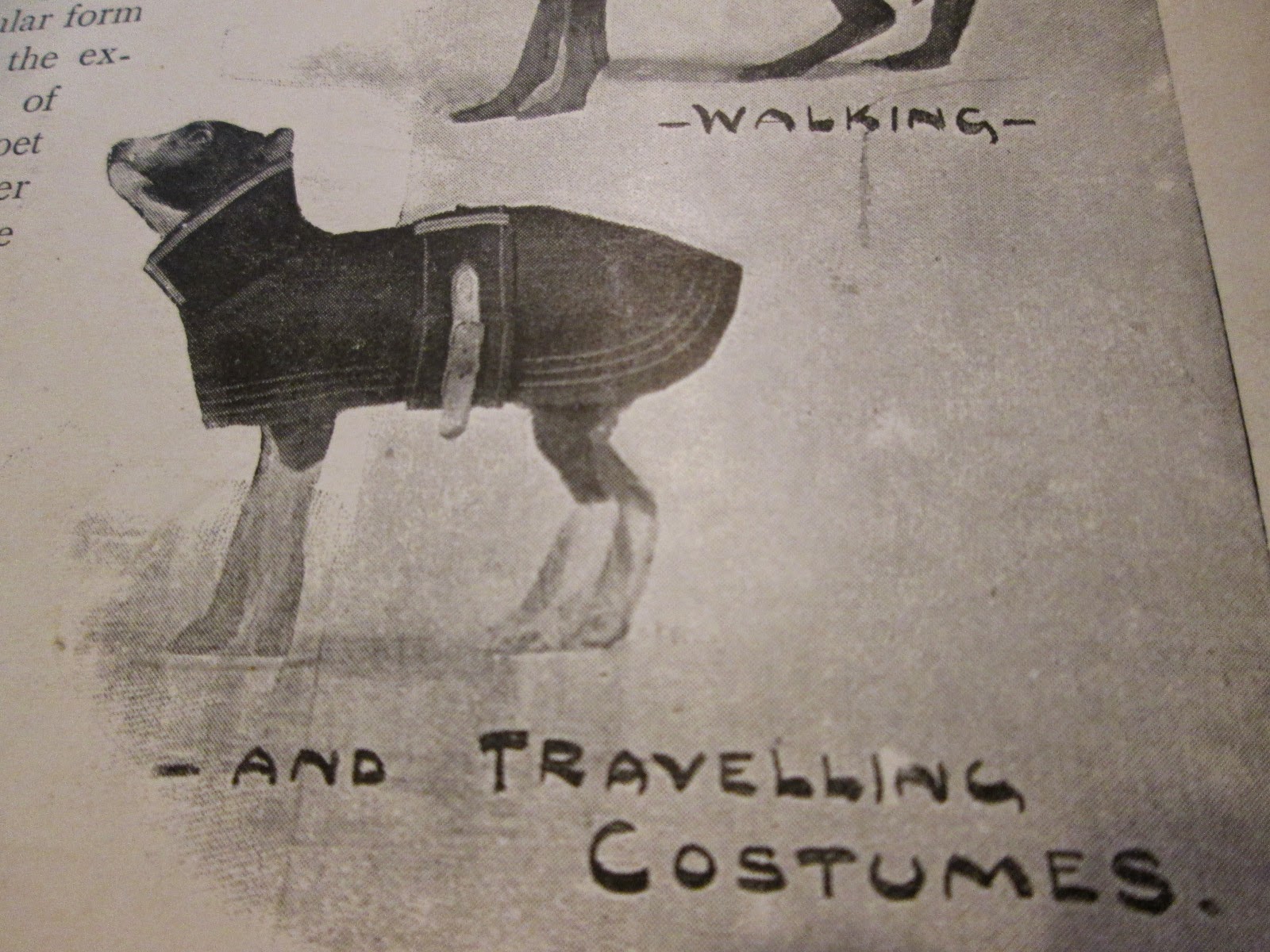 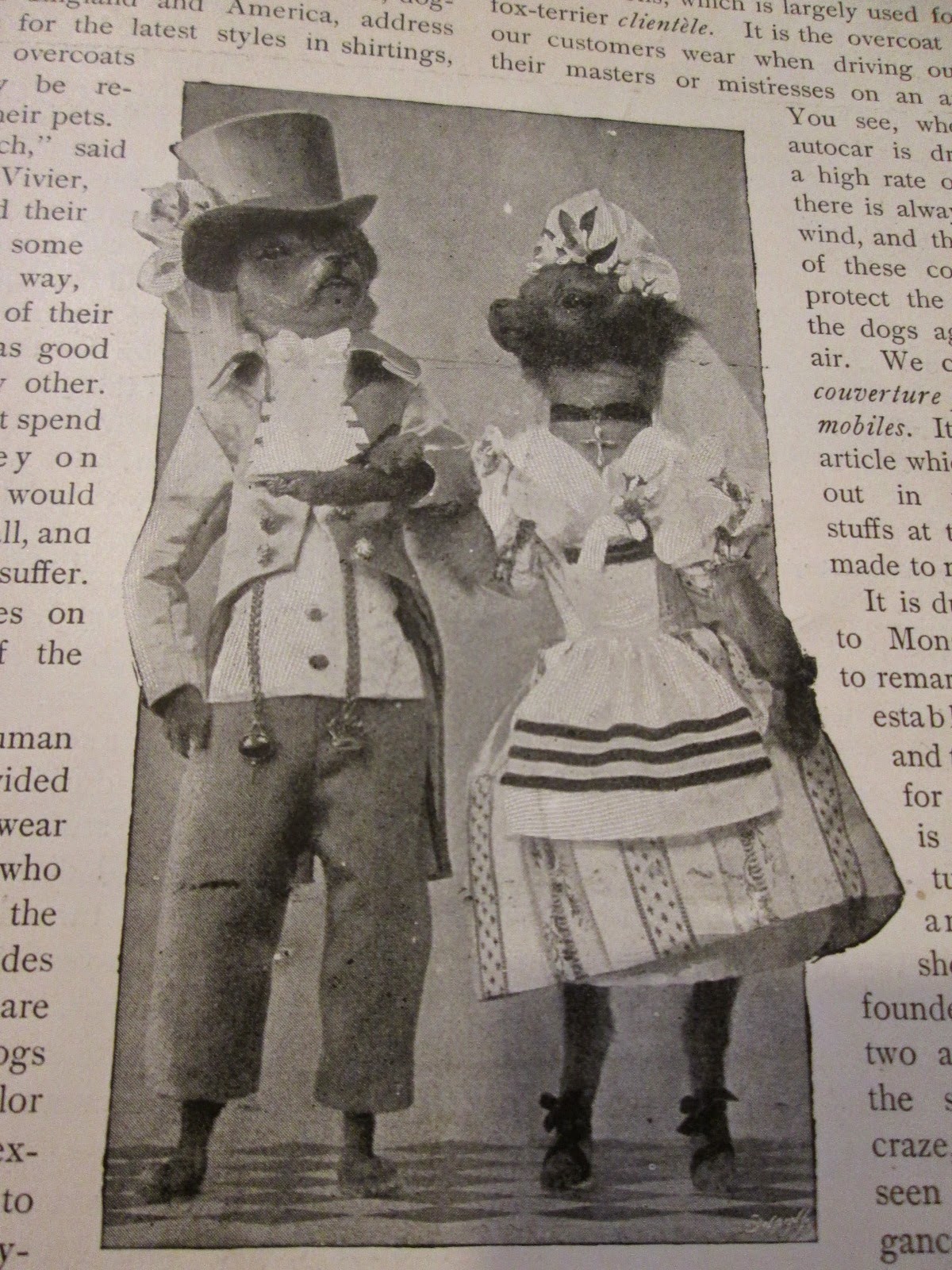 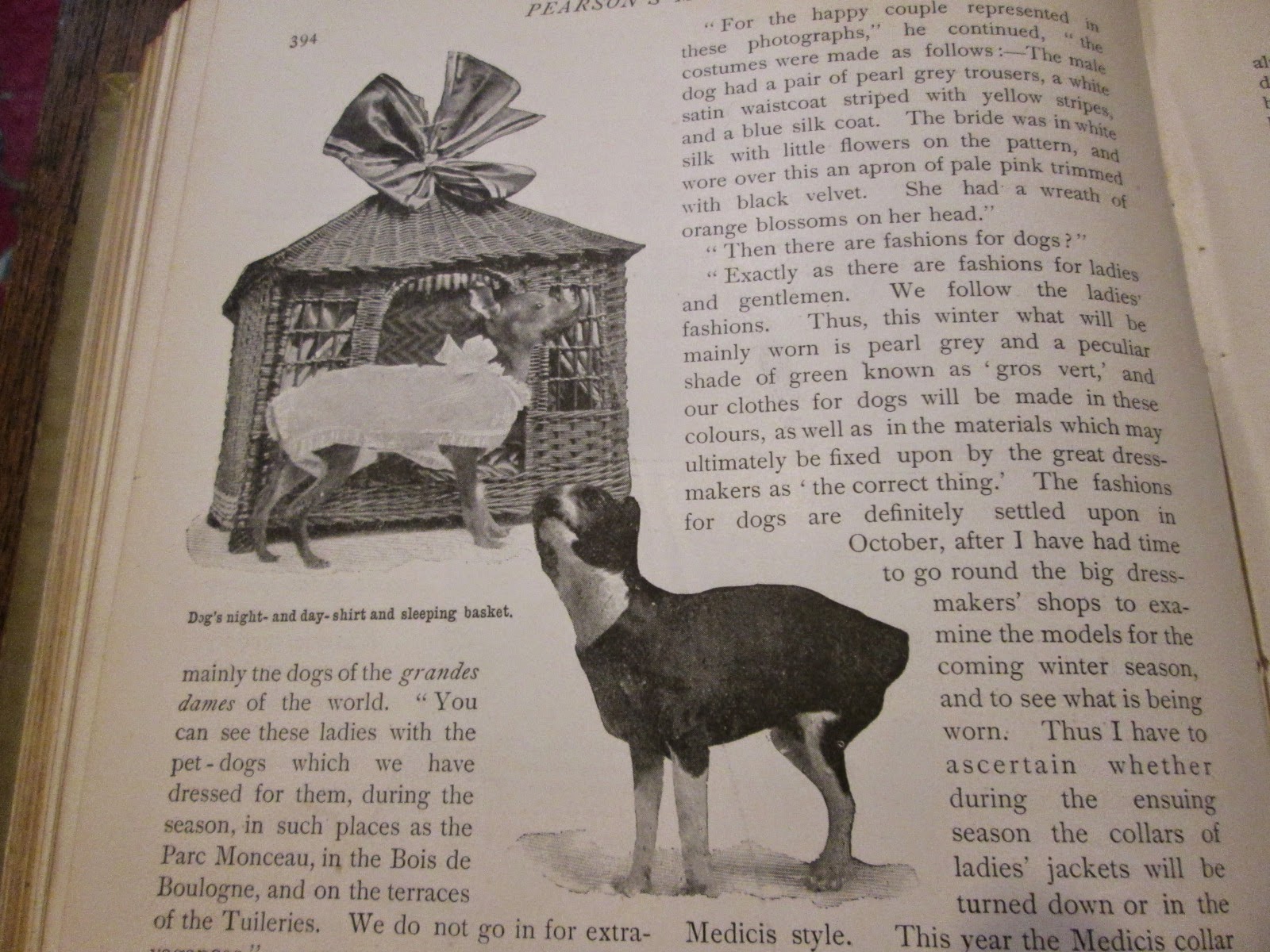 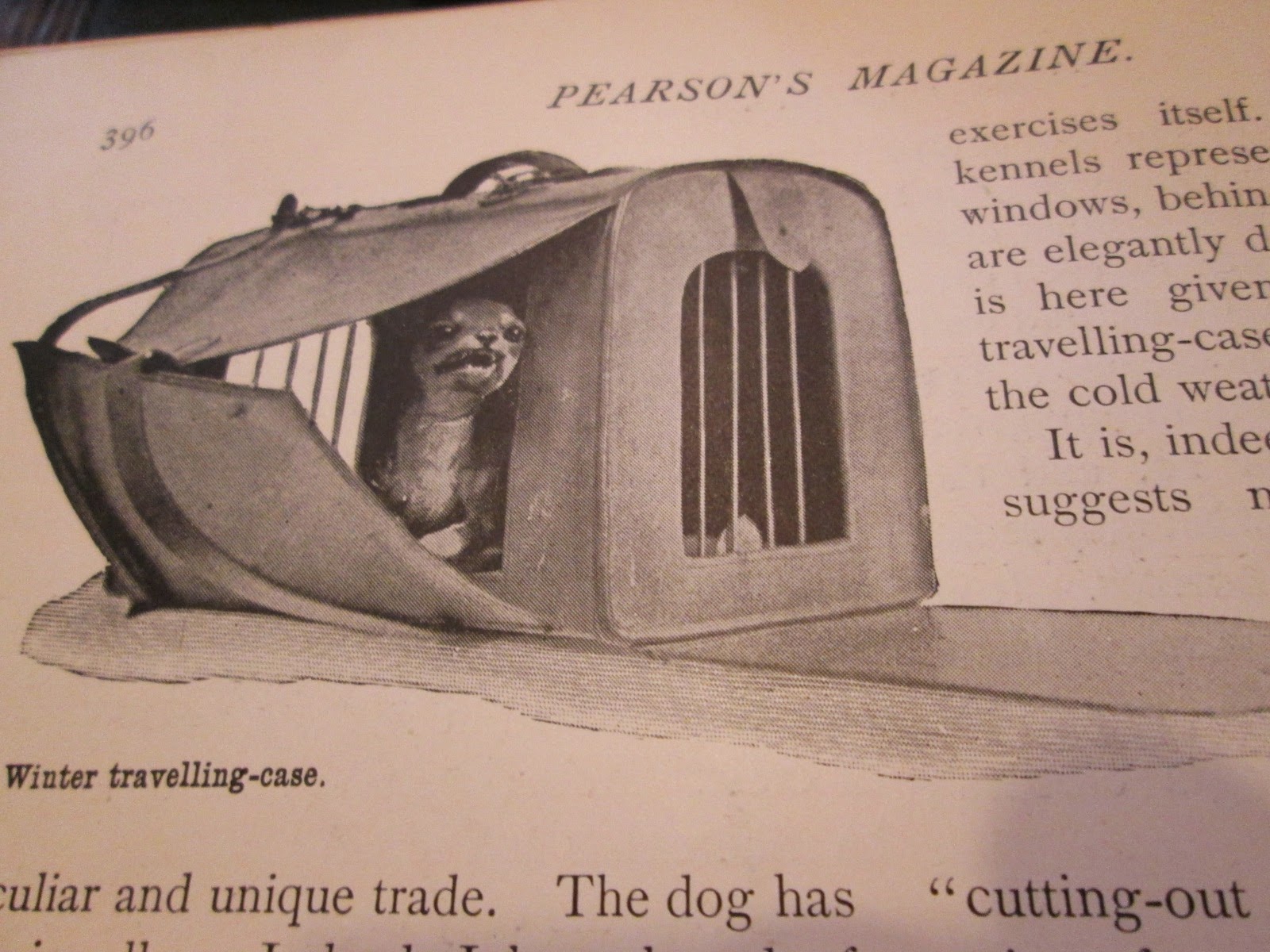 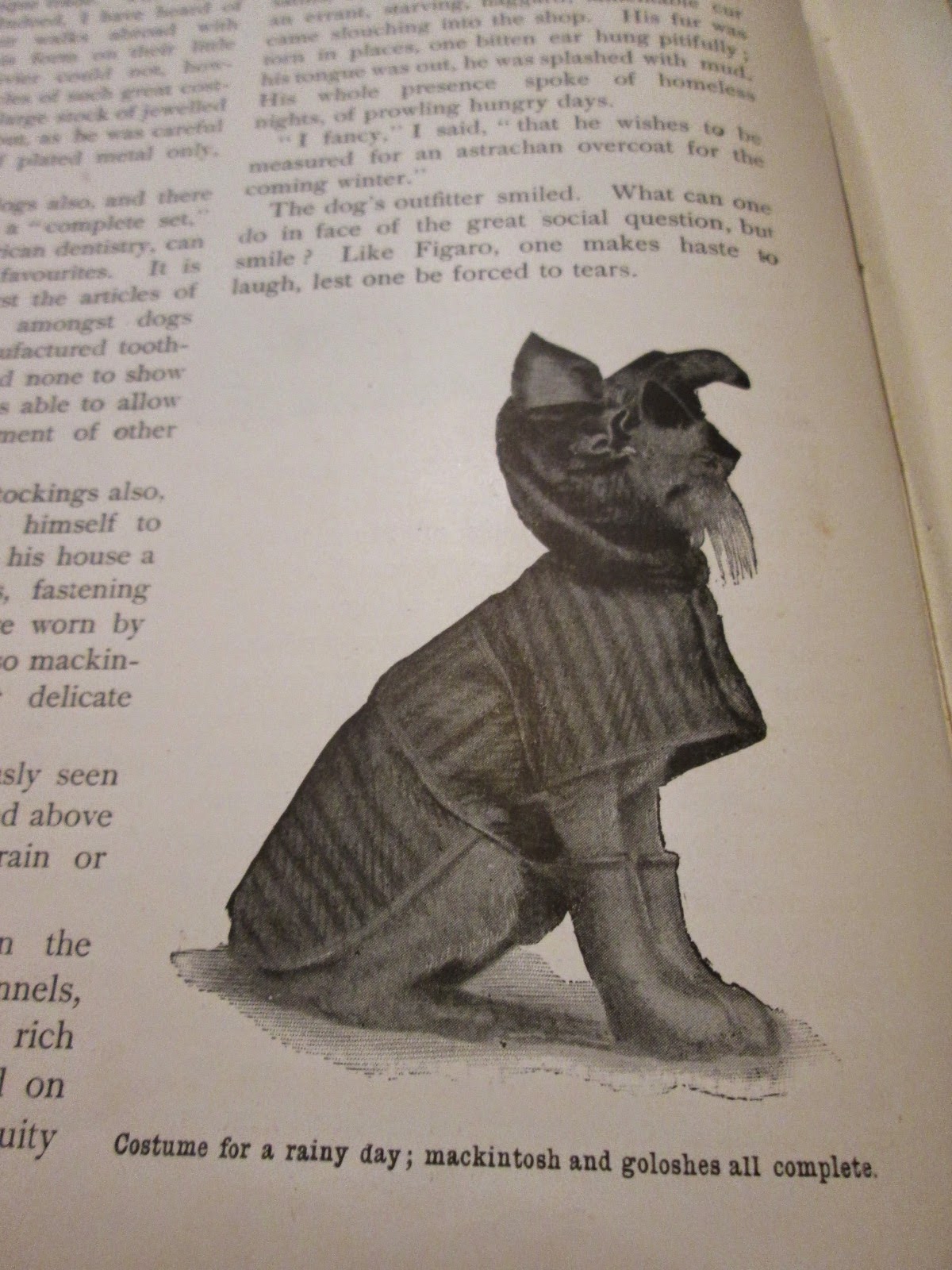 The text is almost as funny as the pictures: the correspondent, one Robert H. Sherard, becomes more and more incredulous as it goes on. His interviewee is Monsieur Vivier, proprietor of the Galerie D'Orleans, "successor to the Monsieur Ledouble, who was the founder of this curious industry" a full 20 years before.

"We dress dogs [says Monsieur Vivier] for every function of social life. There is, for instance, the visiting costume, which this year has largely been made in box cloth, with leather trimmings, and the dog's initials, name, or coat of arms in gold lettering in one of the corners. A little bunch of artificial flowers, by preference cat's eyes or forget-me-nots, is placed behind the Medicis collar. Then there is the 'at home' suiting, made for the most part of silk, warmly lined; the yachting costume, which is made chiefly in blue serge; and the travelling costume, which is made of Scotch tartan, fitted with two little pockets, one for the dog's handkerchief and the other for his railway ticket."

"The dog's handkerchief, I cried, "and what is that for?"

"What is a handkerchief for?" answered Monsieur Vivier in some surprise. "To wipe his eyes with, if not to wipe his nose. All our coats are fitted with little pockets for handkerchiefs, and no fashionable dog ever goes out without a handkerchief in his pocket. It is a very good line in the outfitting trade. The handkerchiefs are often very luxurious articles, made of fine cambric trimmed with lace and worked in silk with the dog's name or crest. Most dogs take three or four dozen handkerchiefs at a time."

Well, that told Mr Sherard. Fancy doubting the need for a dog's handkerchief.