Things That Fall Out Of Books: Where, When and Who Is This?

With a nod to the excellent blogger and bookseller Callum James (from whom I've shamelessly nicked the idea), here a Thing That Fell Out Of A Book; an immaculately preserved full leather copy of the Everyman edition of Melville's Typee, to be precise.

It's a street scene photo, which was evidently originally printed as one half of a postcard, but presumably for a 'private' customer, rather than a postcard on general sale.

From the clothes, my not particularly educated guess is 1920s or 30s rather than 40s, but exactly when, or indeed who or where – I've no idea. The book comes from a local house, but the street certainly doesn't look like anywhere in Penrith to me. I thought it might be somewhere in Europe (that street looks rather wide and leafy, boulevard-style), but then I had a look at that 'B' on the shopfront: from the font I'm pretty certain that's a Boots the chemist... but which branch?

And why is she carrying what looks like an overcoat when she's already wearing one? Anyone got any more ideas? 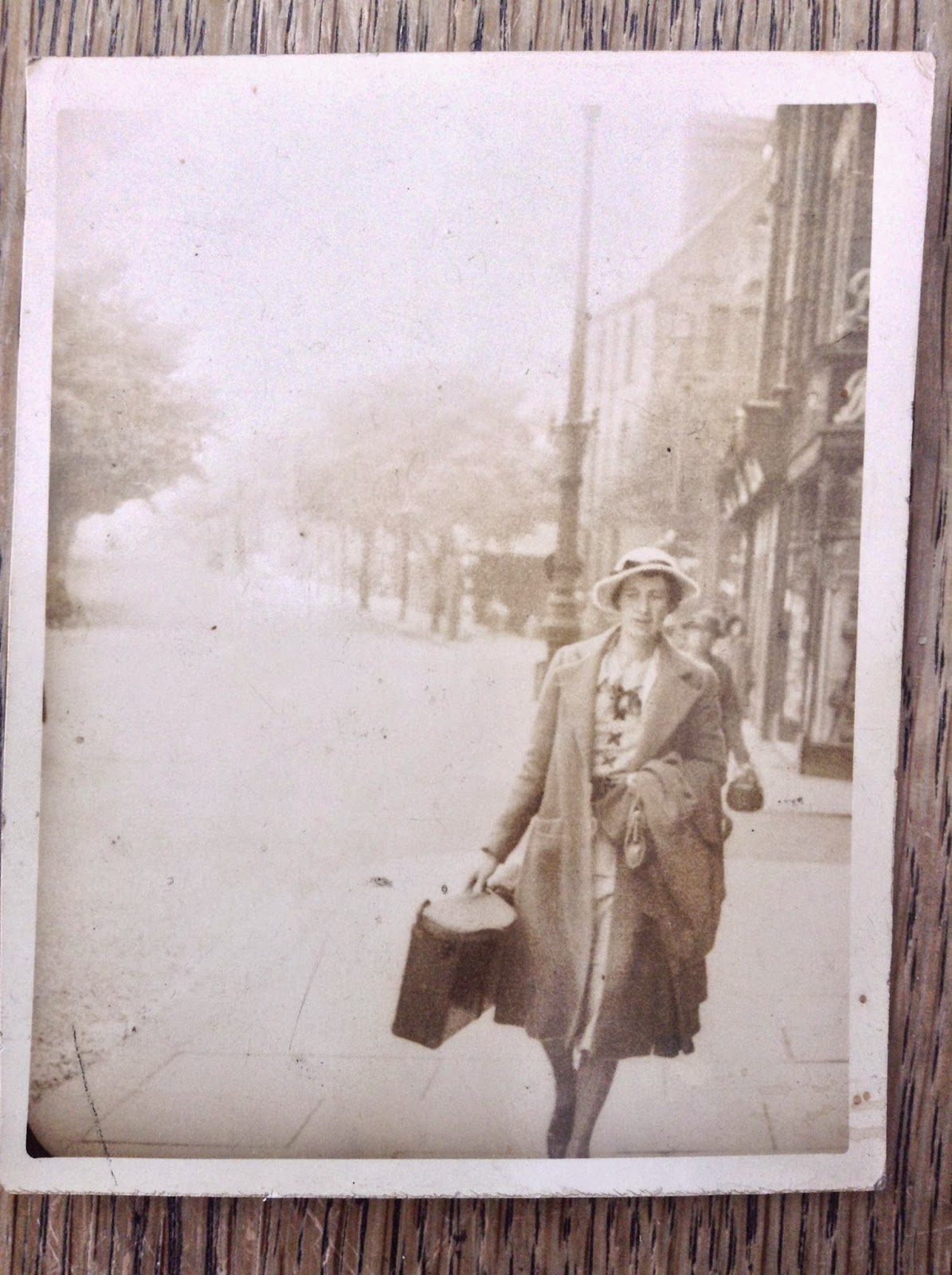 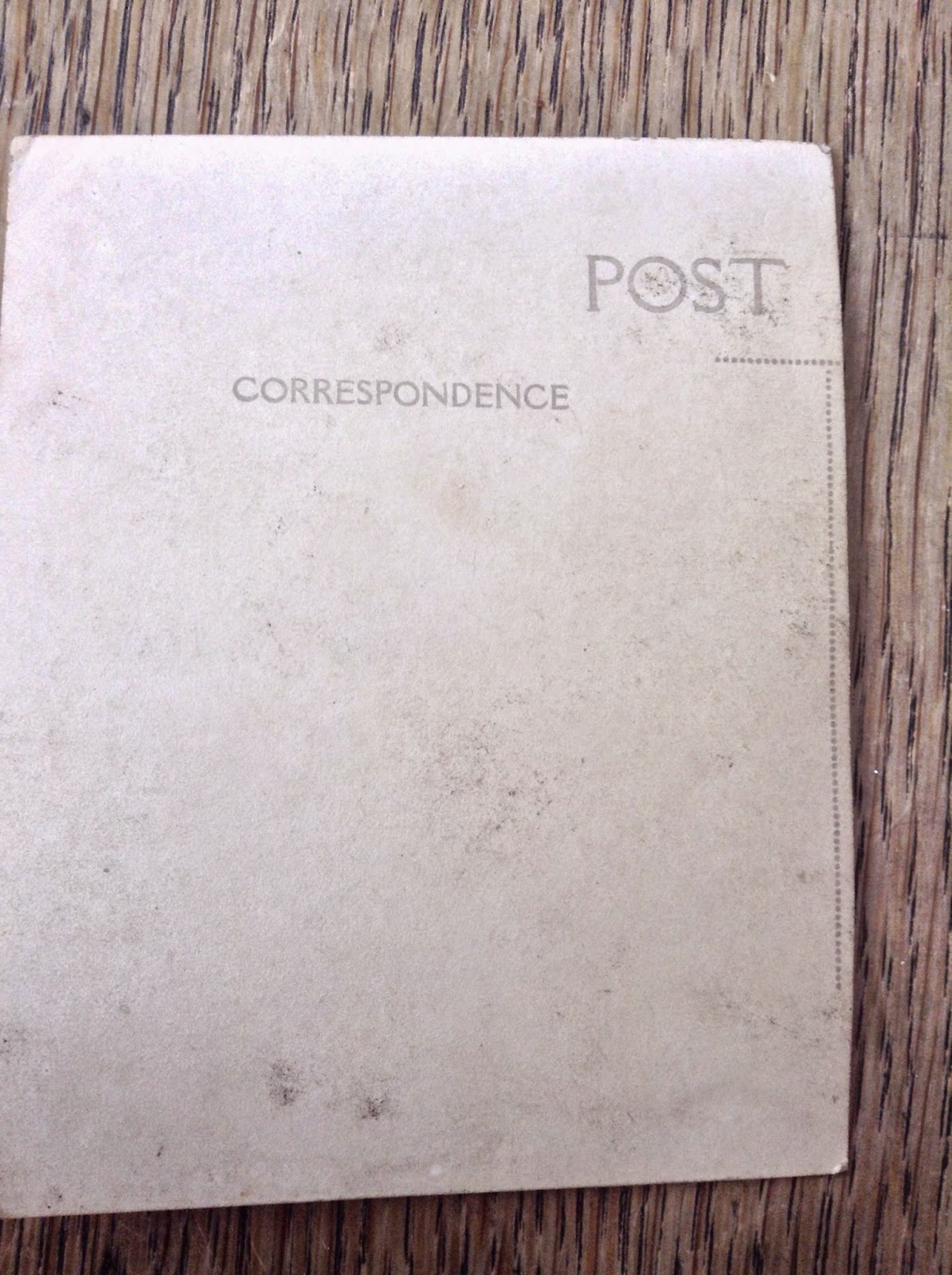 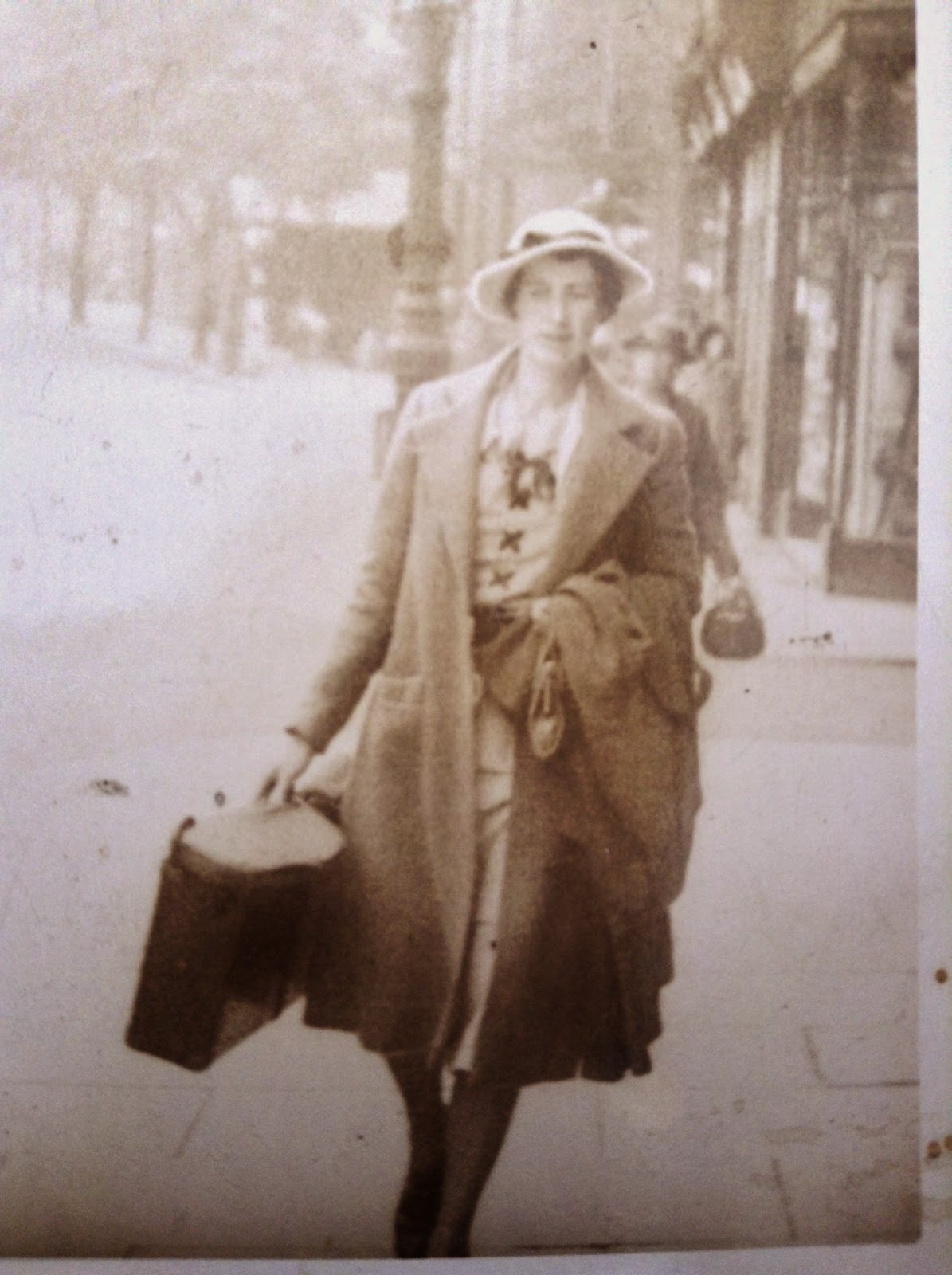 Email ThisBlogThis!Share to TwitterShare to FacebookShare to Pinterest
Labels: Boots the chemist shop 1930s, Mystery photograph, Things that fall out of books, where was this photo taken?