An Original Jamie Hewlett Sketch Of Tank Girl, And A Bit Of UK Comics History... 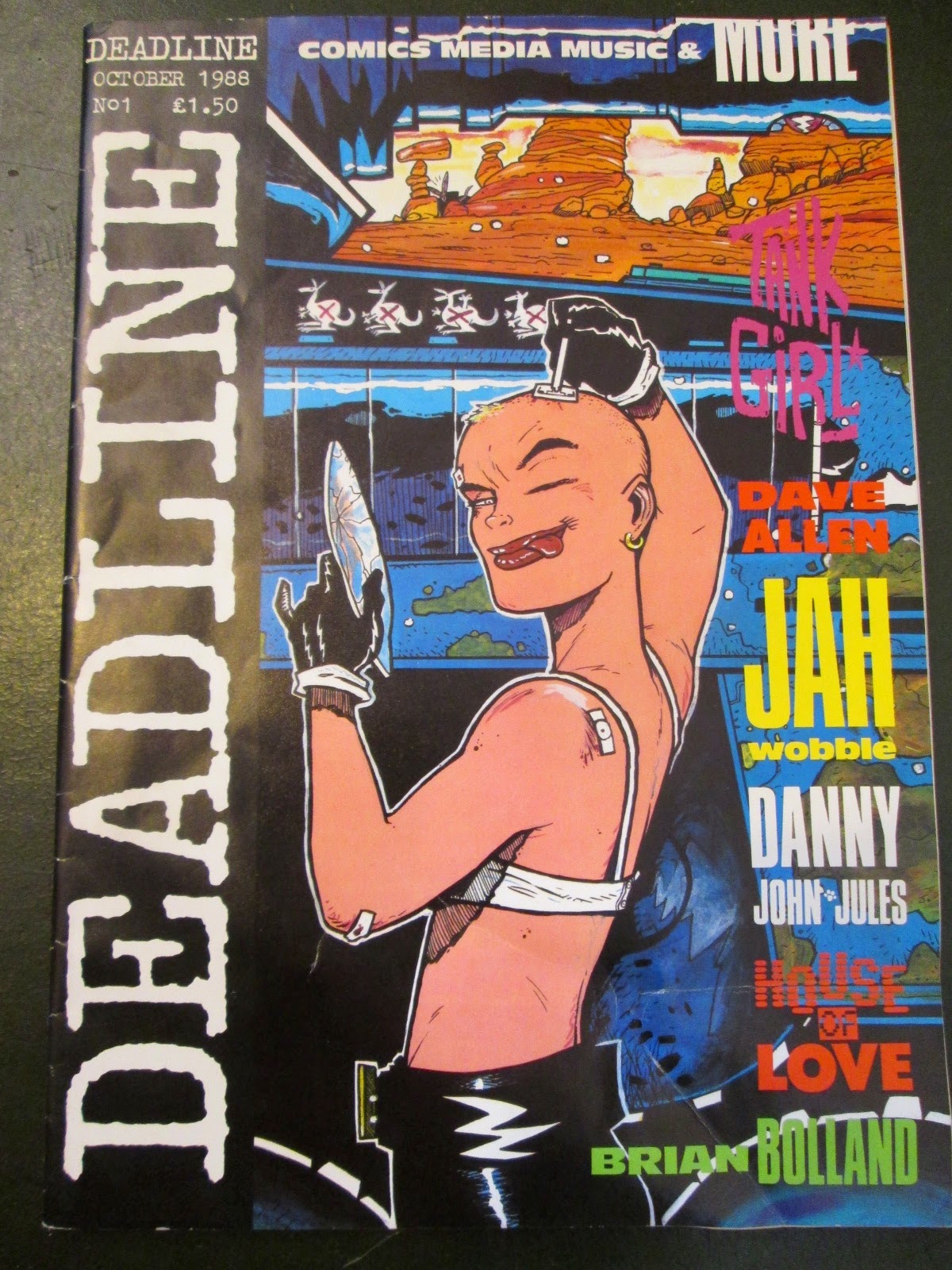 In 1988, a bunch of UK comics creators, financed by money from the Astor family, launched Deadline onto an unsuspecting world. Best remembered these days as the birthplace of Tank Girl, it mixed comics with interviews and features in a way that many have tried to imitate (Titan's Clint being a recent example) but few have equalled. Deadline lasted until 1995, by which time, as the magazine's Wikipedia entry points out:

"the crossing over of the alternative scene into the mainstream (around the time of Britpop, a movement it had helped to champion) saw the magazine eventually fold at the end of 1995."

And yes, the utter failure of the Tank Girl movie didn't help, either.

Back in 1988 though, the creative crew did several signings to promote the first issue, which presumably is where this copy was adorned with the various signatures and sketches on its back cover. The boot was printed, everything else was added... 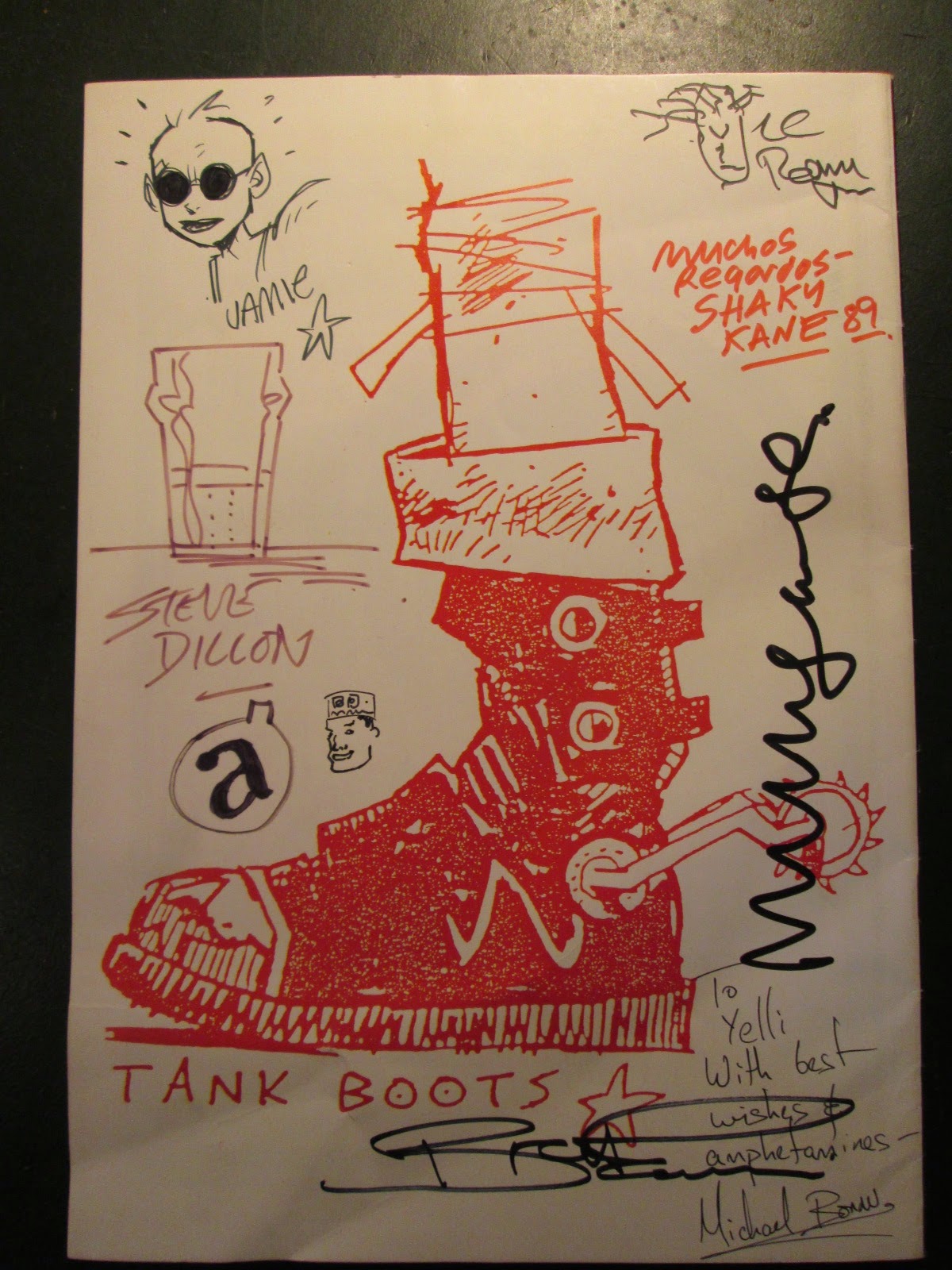 Unlike the magazine above, the following isn't for sale from the Little Shop (sadly!): this thread on singletrackworld.com features another product of a signing session from the time, a jacket belonging to one 'CountZero', which ain't ever going to see the inside of a Dry Cleaners... 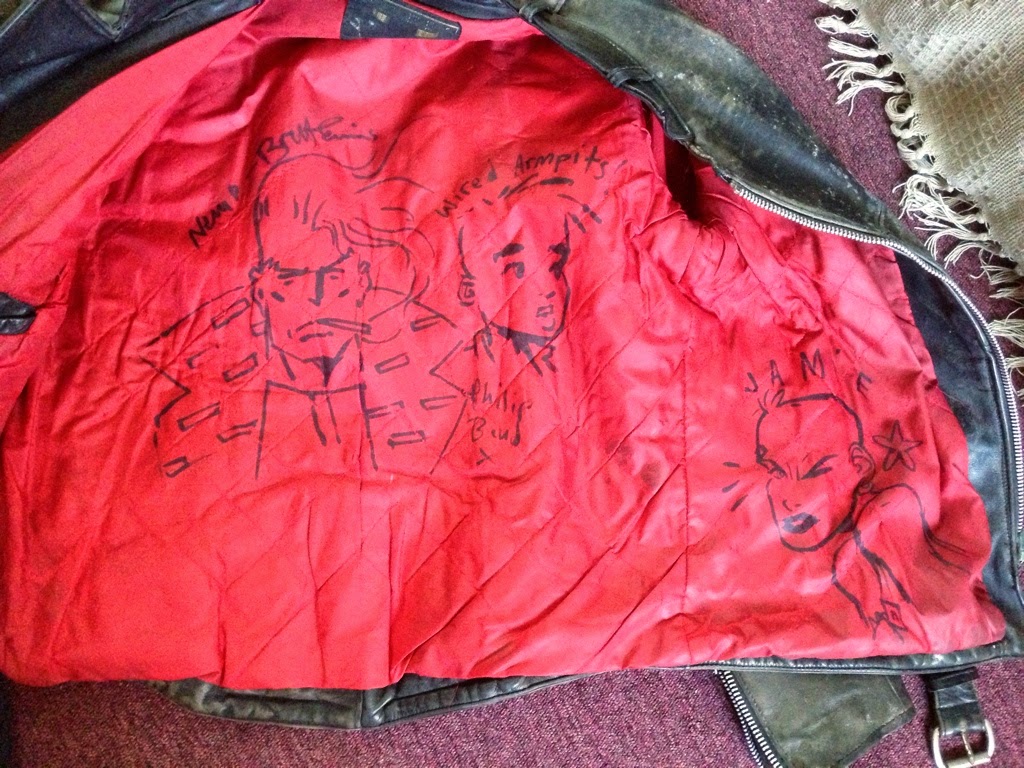 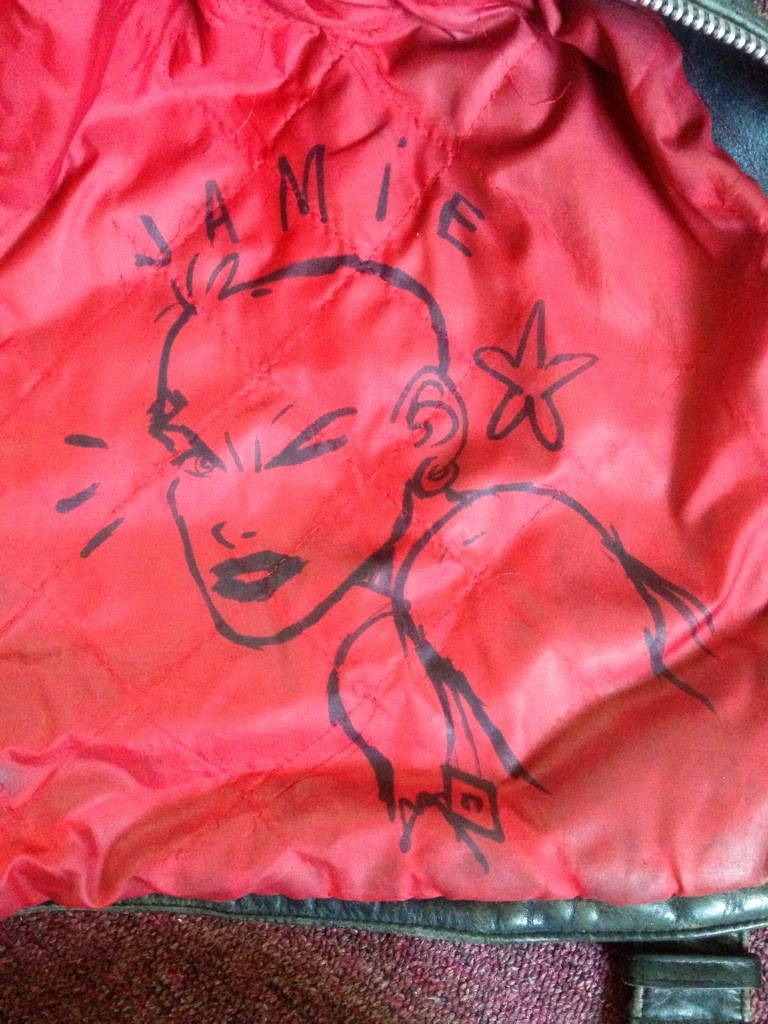