Whatever happened to Withnail's coat?

Back in 1999, there was a charity auction, at which Withnail's coat, the original one worn by Richard E. Grant in the film, was the star lot.

Chris Evans (the ginger one, not the Marvel one), at the height of his drunken naughty boy phase, won the coat with a bid of £5,000. Actually that's not a bad price for such an iconic piece of cinema history. He also reportedly bought Paul McGann's leather jacket from the film for a bargain basement £700! Here is he happily wearing Withnail's amazing garment... Evans, like Richard E, is 6' 2", so he could carry it off quite well... 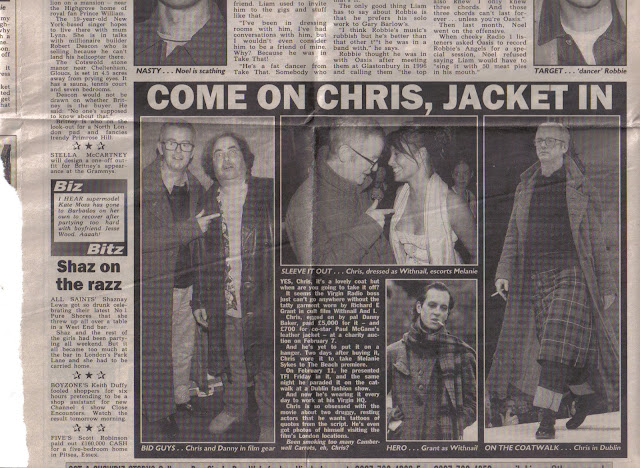 Tragically, Evans is rumoured to have since destroyed, or at least badly mangled the coat in a quad bike accident. Idiot. I wonder if he's still got McGann's jacket...

Still, the film's original costume designer, Andrea Galer, will sell you a replica of the coat, though it will set you back the best part of a grand (even more if you want it tailored to your person).

You can order one here.

Also, here's a fun Withnail trivia quiz. The questions are quite hard...

Play it here.
Posted by Withnail Books at 18:19