Have you ever heard of Lily Perks? Thought not. She was an author in the 1890s and early 1900s, but she doesn't warrant an Wikipedia entry, and none of her novels remain in print, other than as print on demand copies of scans, since they are out of copyright. I imagine the demand is light. She is, it is fair to say, a forgotten author.

Her books include From Arcady to Babylon, Gifts and Weirds, and Life's Counterpoint. There's a copy of the latter on the shelves at Withnail Books. It was published in 1903 by Pearson, as a nicely produced hardback (one assumes with a dustwrapper, though this copy's is long gone). 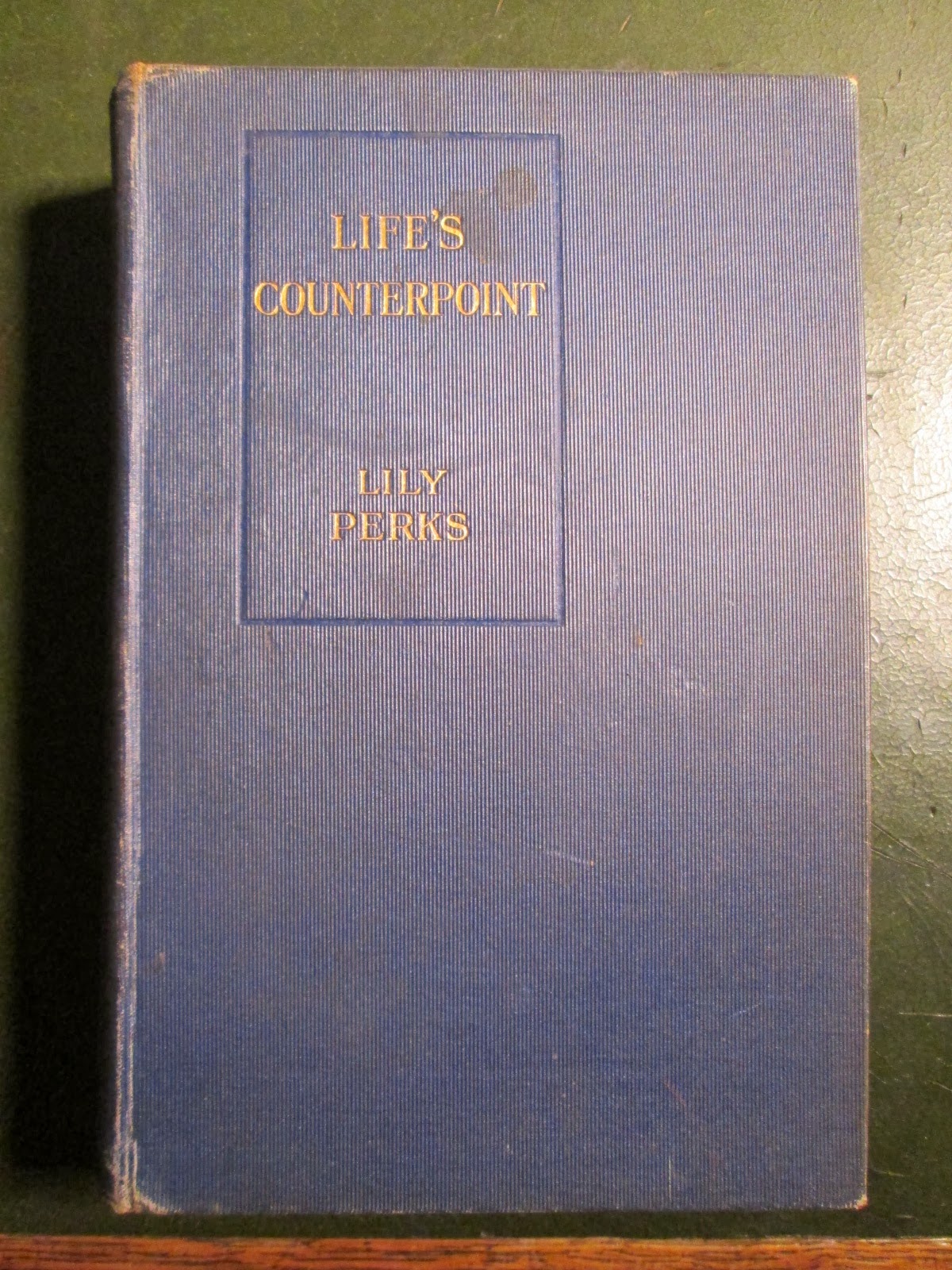 It's a romance novel, written by a woman, for women. What would be dismissed as 'chick lit' today. Mind you, it was pretty much dismissed back in 1903 as well. Googling Lily Perks these days reveals nothing about the author herself, but thanks to the digitisation of old newspapers, it does throw up links to a couple of contemporary reviews of her work. Here's the London correspondent of the New Zealand Star: 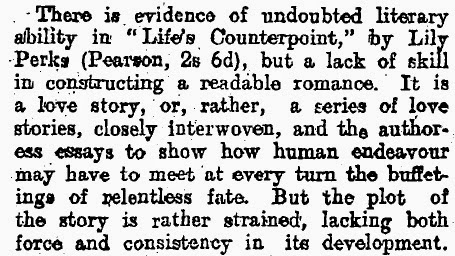 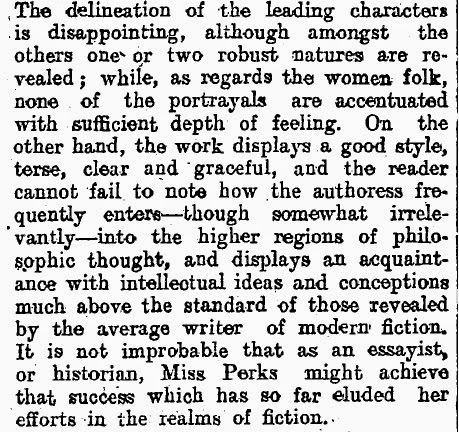 From faint praise to no praise in this fantastically snooty Spectator review of her earlier novel, A Late Springtime:

There is really very little to be said about this story which it would be at all worth while to say. Mrs. or Miss Perks is evidently a cultivated and refined woman, and these are days in which it is very difficult to discover a woman of cultivation and refinement who has not either written a novel or thought of writing one. Unfortunately, while education, interest in literature, and the power to write with some measure of ease and correctness, are much commoner than of old, the qualities which go to the making of a good novel have not become equally common; and we must regretfully say that we see no signs of their presence here. There is no material for a "slating" review—that is, if the reviewer be moderately courteous and honest—for from positive literary vices the book is entirely free. The complaint is that positive literary virtues are also absent, that the matter is conventional, the style tame, the whole being somewhat flat and entirely ordinary. The story is the kind of story that has been told again and again, and it gains nothing of freshness in its latest setting. One is not roused to anger by agreeable commonplace, but praise must be reserved for something else.

Ouch. It's a shame that Mrs or Miss Perks' literary legacy has come to this, but hey, not every writer is a Dickens, and an entry on an obscure blog over a century later is better than nothing...
Posted by Withnail Books at 18:34