Hands up if you've ever heard of Violet Van Der Elst. No, me neither, or at least until earlier this week, when a copy of the luxuriously named Charles Neilson Gattey's biography The Incredible Mrs. Van Der Elst arrived in the shop. 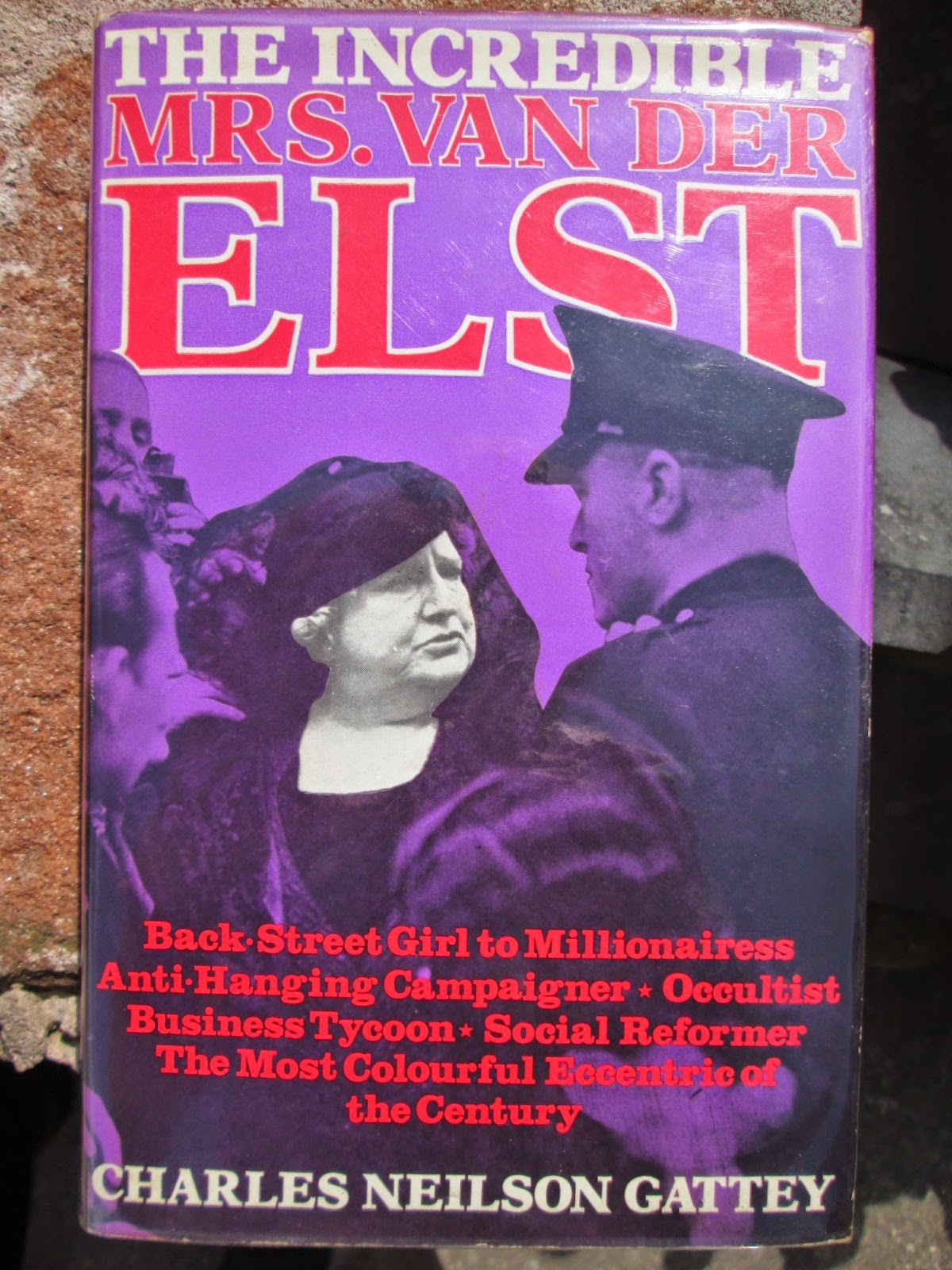 That's quite some cover blurb:

'Back Street Girl to Millionairess, Anti-Hanging Campaigner, Occultist, Business Tycoon, Social Reformer, The Most Colourful Eccentric of the Century.'

So who was this amazing woman? A quick dip into Gattey's book reveals a driven, if slightly bonkers, lady, who should certainly be better known than she is today.

The daughter of a coal porter and a washerwoman, she made her millions from founding a company that made face creams, beauty lotions, soap and especially 'Shavex', the first shaving cream which did not require a brush... She was apparently especially concerned with the advertising of said products, personally overseeing every detail, Steve Jobs style. So she would have approved/rewritten this: 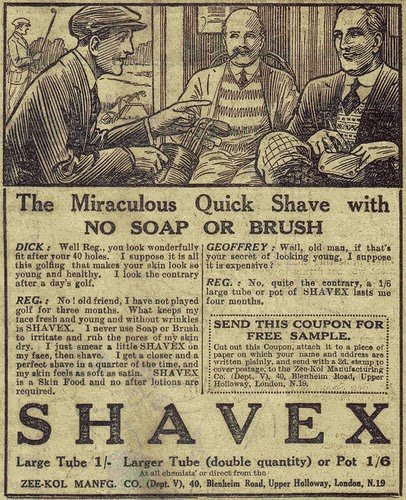 She poured her money into a vigorous campaign against capital punishment. Here she is being unimpressed with the government's then pro-hanging stance. 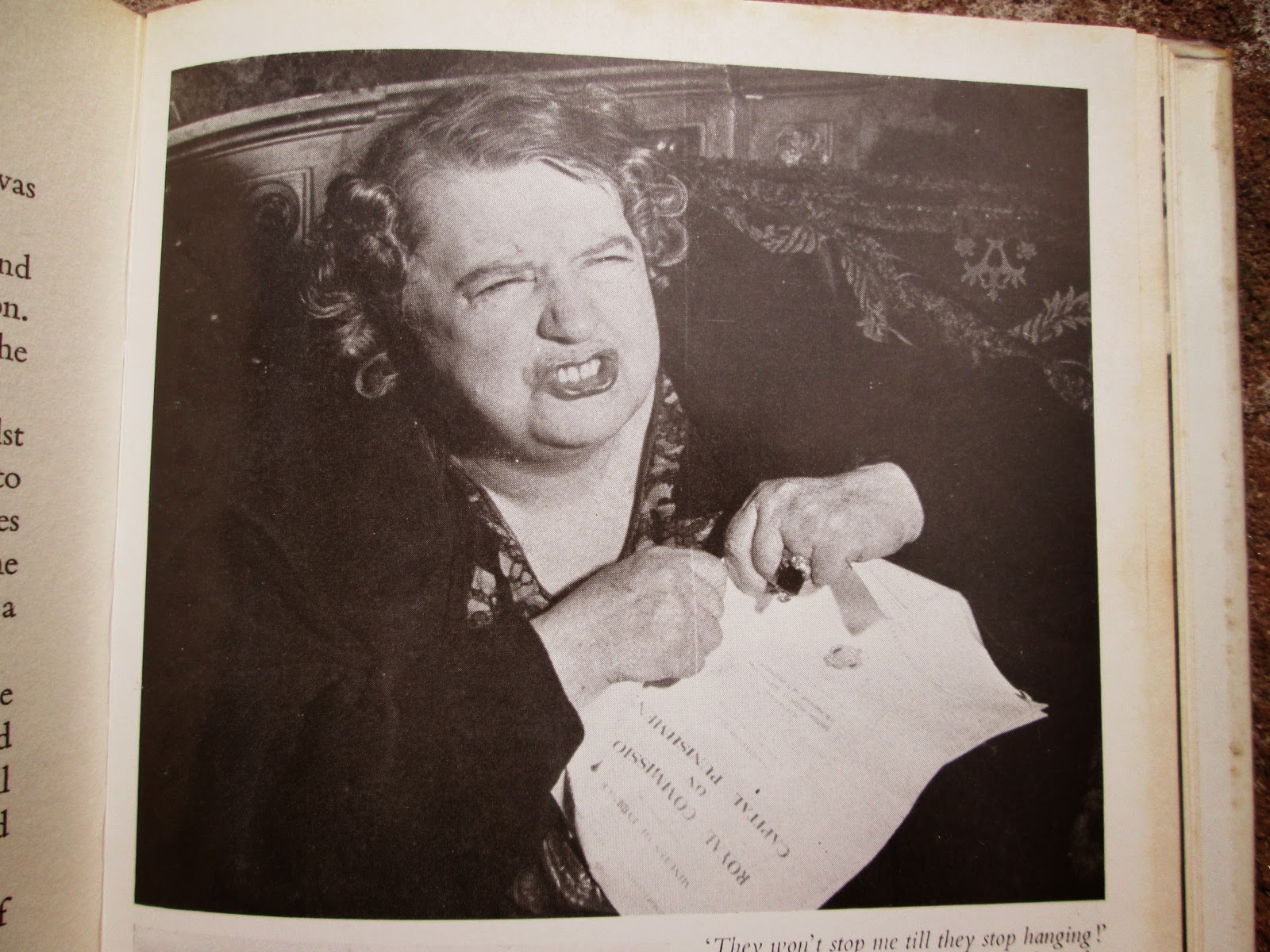 She was a regular sight outside courtrooms and prisons, stepping out of her chauffeur-driven Rolls to protest, while the planes she'd hired to pull anti-hanging banners flew overhead. Here she is being arrested. 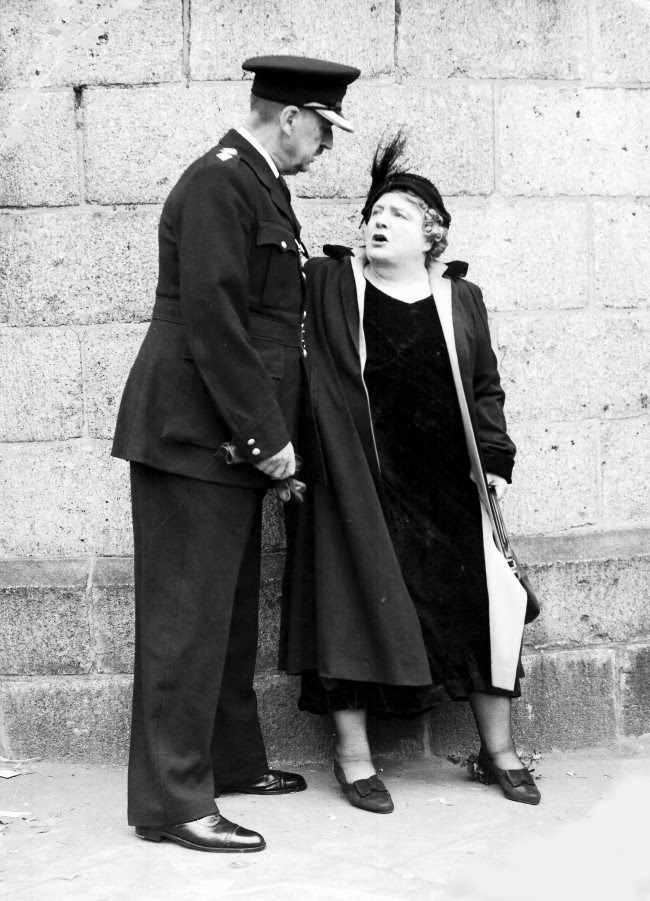 She also liked buying big houses and filling them full of expensive things. Here she is at her house Harlaxton Manor in Lincolnshire. 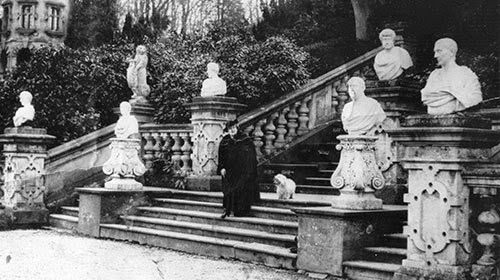 The money didn't last, alas. In the end all the houses and possessions (including a library of over 4000 books, with many rare occult volumes) went. Harlaxton is now, bizarrely enough, the British campus of the University of Evansville, Indiana.

She ran for parliament three times unsuccessfully (an excellent way to spend *lots* of money), and also seemed to be quite good at ending up in court for slander (another efficient way to lose large amounts).

She died, penniless, alone and all-but forgotten, in 1966, the year after capital punishment was abolished in Britain.

Gattey's biography, published in 1972, is scarce enough, but even scarcer are the books Violet herself wrote, published by her own Doge Press (another way to dispense of large amounts etc). First up in 1937 was a campaigning tome, On the Gallows, which had a *fantastic* cover, presumably designed to her exacting brief:

Gattey hardly mentions it in his book, but Mrs Van Der Elst also wrote horror fiction. Her first collection, also in 1937, was The Torture Chamber and Other Stories. It's a really rare book, the text of which has yet to make its way online (it's still in copyright after all). The only reference I can find to it is this:

"Risibly bad weird fiction, self-published by a notorious British eccentric. Most of these stories were subsequently reissued in several post-World War II paperback collections (also self-published). One of the leading British collectors of the period, R. George Medhurst, found her work to be 'crudely written, [with] a peculiarly adolescent flavor.' That about covers it." - Robert Knowlton.

Here's the cover to one of those post-war paperback collections, also vanishingly scarce. And what a cracker it is: 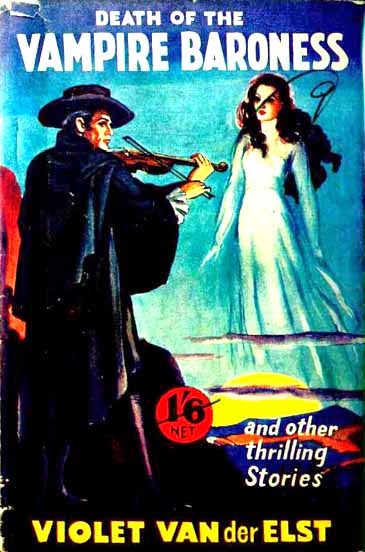 Hats off to Mrs Van Der Elst, I say. She was a one-off.

Email ThisBlogThis!Share to TwitterShare to FacebookShare to Pinterest
Labels: Charles Neilson Gattey, Death of the Vampire Baroness and other thrilling Stories, Harlaxton Manor, On the Gallows, The Amazing Mrs Van Der Elst, The Torture Chamber and Other Stories, Violet Van Der Elst