Is This One Of The Scariest Pamphlets Ever Published? Know Your War Time Gases...

War time ephemera is usually fascinating, and this little pamphlet is equal parts fascinating and alarming. There's no date printed inside that I noticed, but from its matter-of-fact references to 'political developments of late' and 'future hostilities', it must be late 1930s, just before Mr Chamberlain's piece of paper.

The focus of the pamphlet, which is essentially a catalogue, is familiarising yourself with what the Germans are likely to start throwing at British cities from their bombers, and then getting hold of the kit that will protect you from it.

The number one fear was gas: still fresh in memories from the First World War of course. The final two pictures below show a couple of items I still can't quite get my head around: sets of little phials of actual deadly gases, one of which is designed to be smelt, just so you recognise it in future...

In a similar vein, the third image shows one of their 'experimental' thermite bombs (available in three sizes), designed to show you what an incendiary bomb was like.

Bizarre as it may seem, I suppose such kit was useful for ARP personnel-in-training... it's certainly a reminder of what must have been a terrifying time to live through. 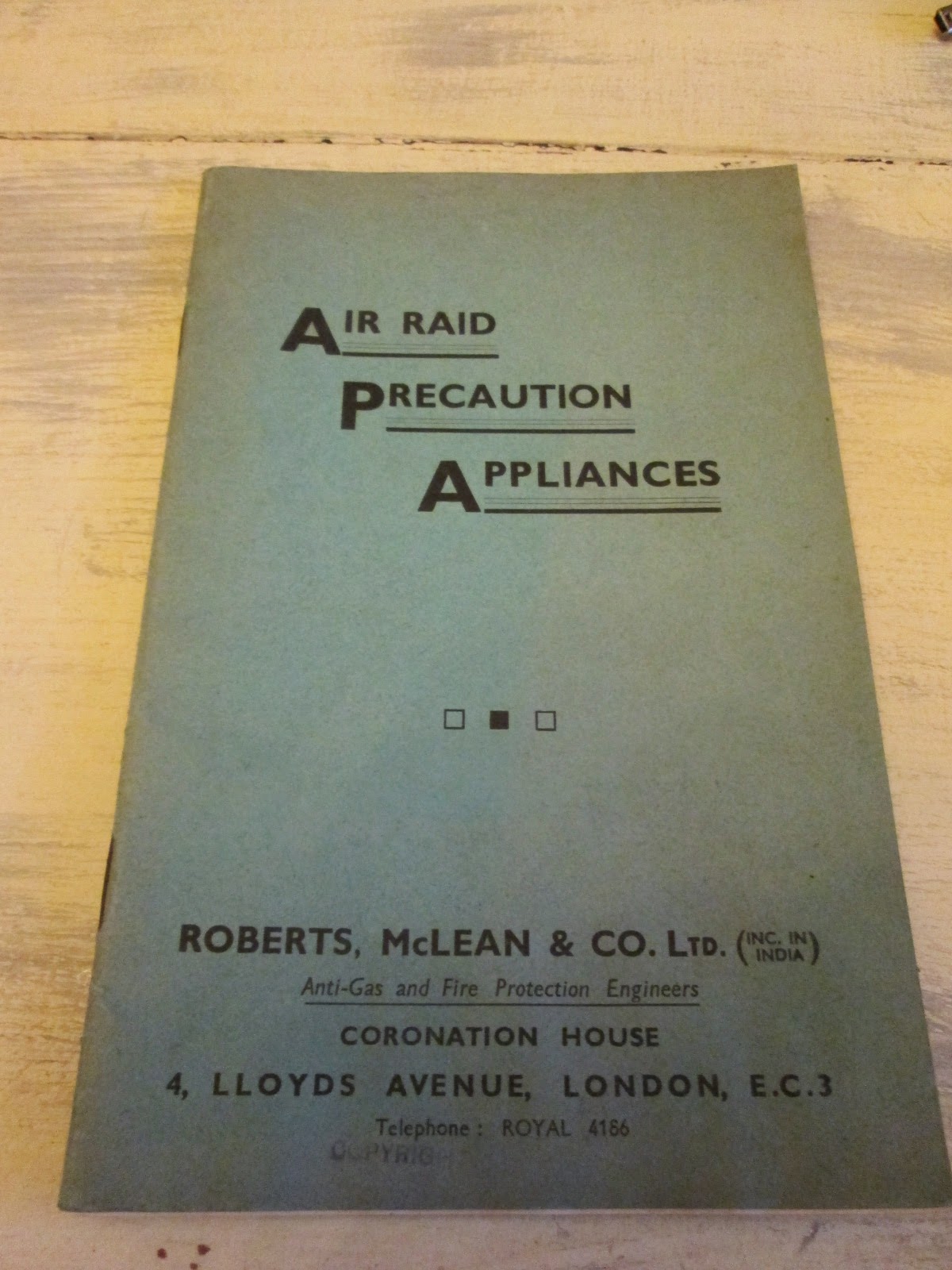 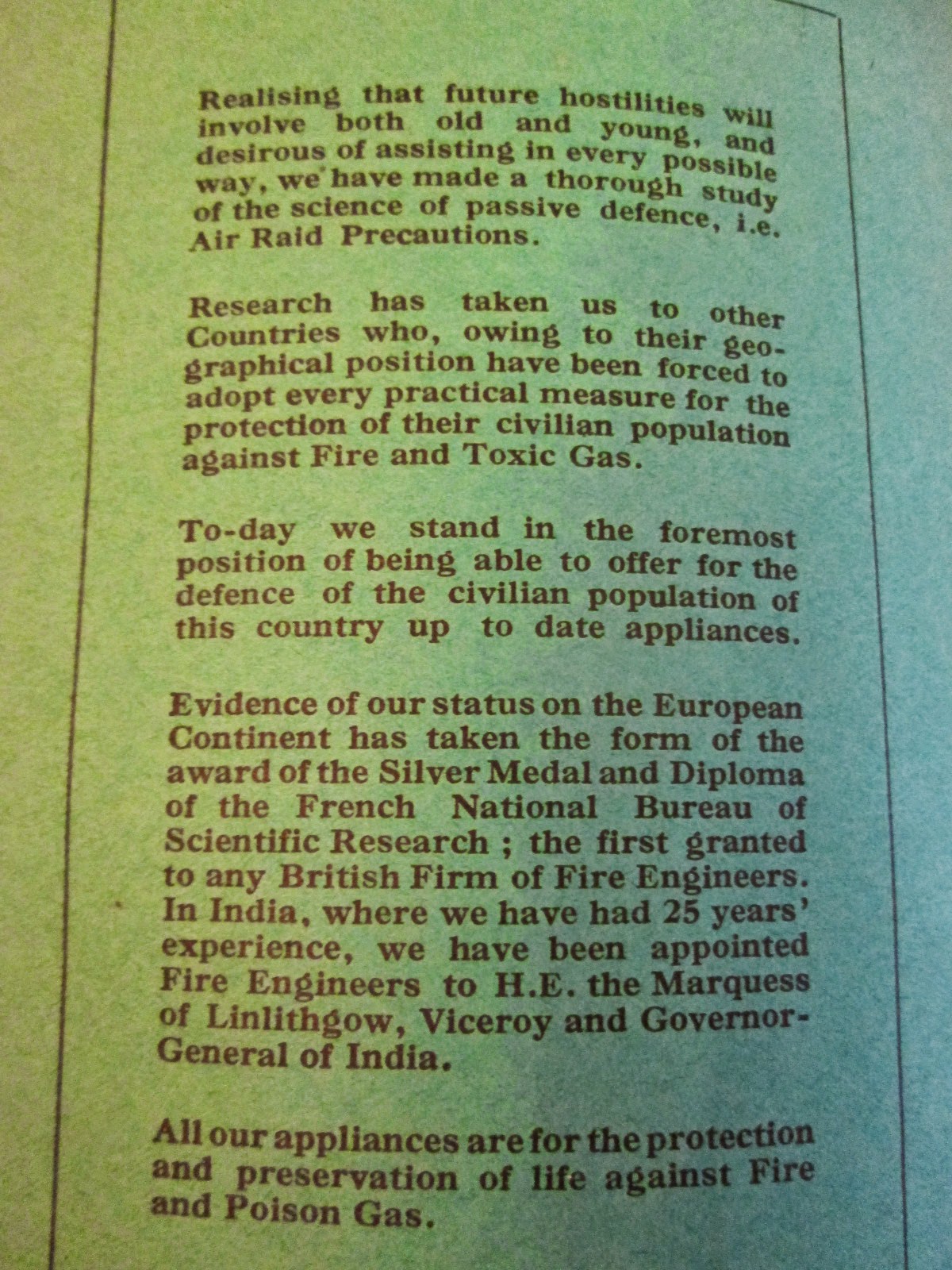 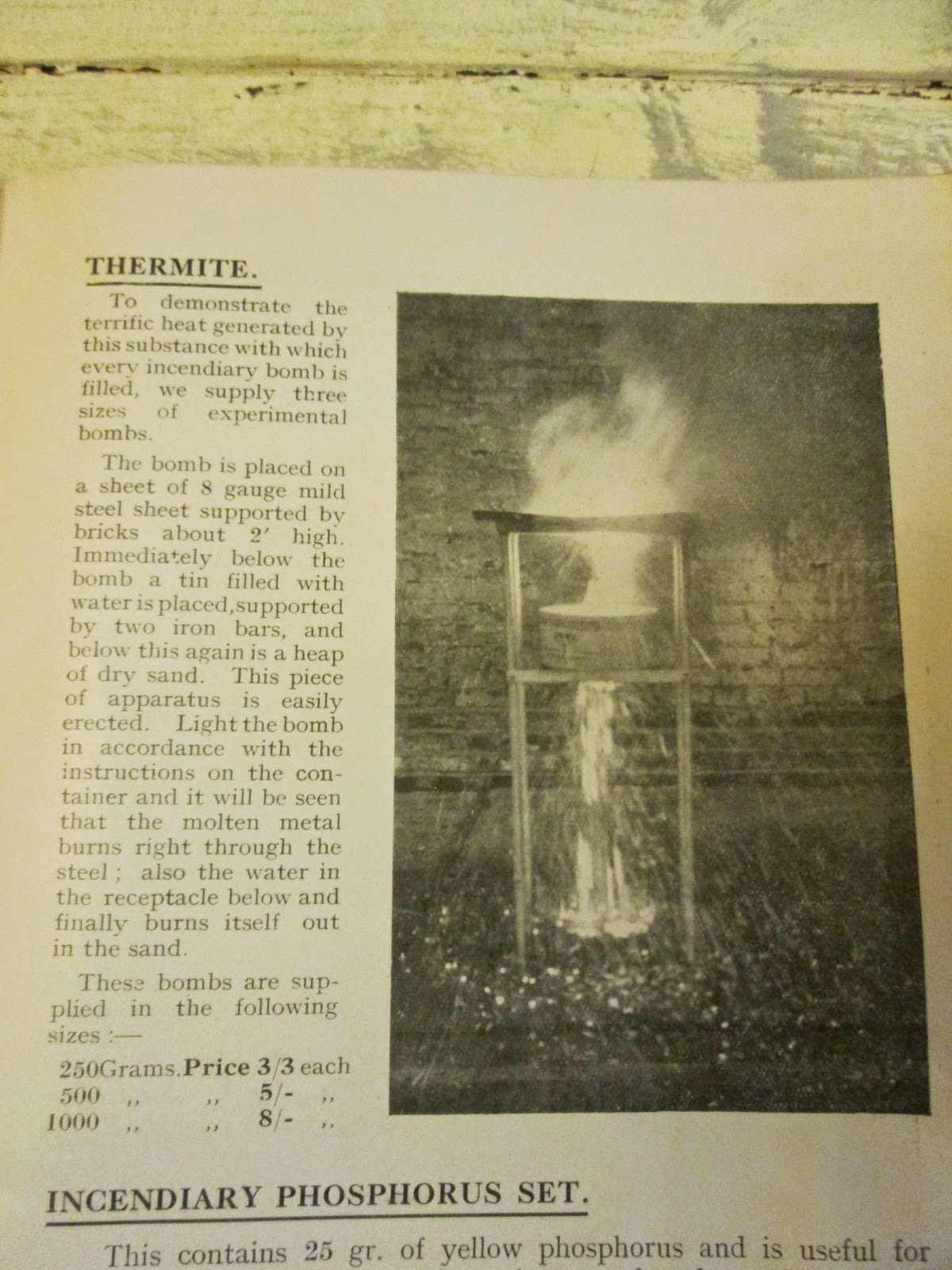 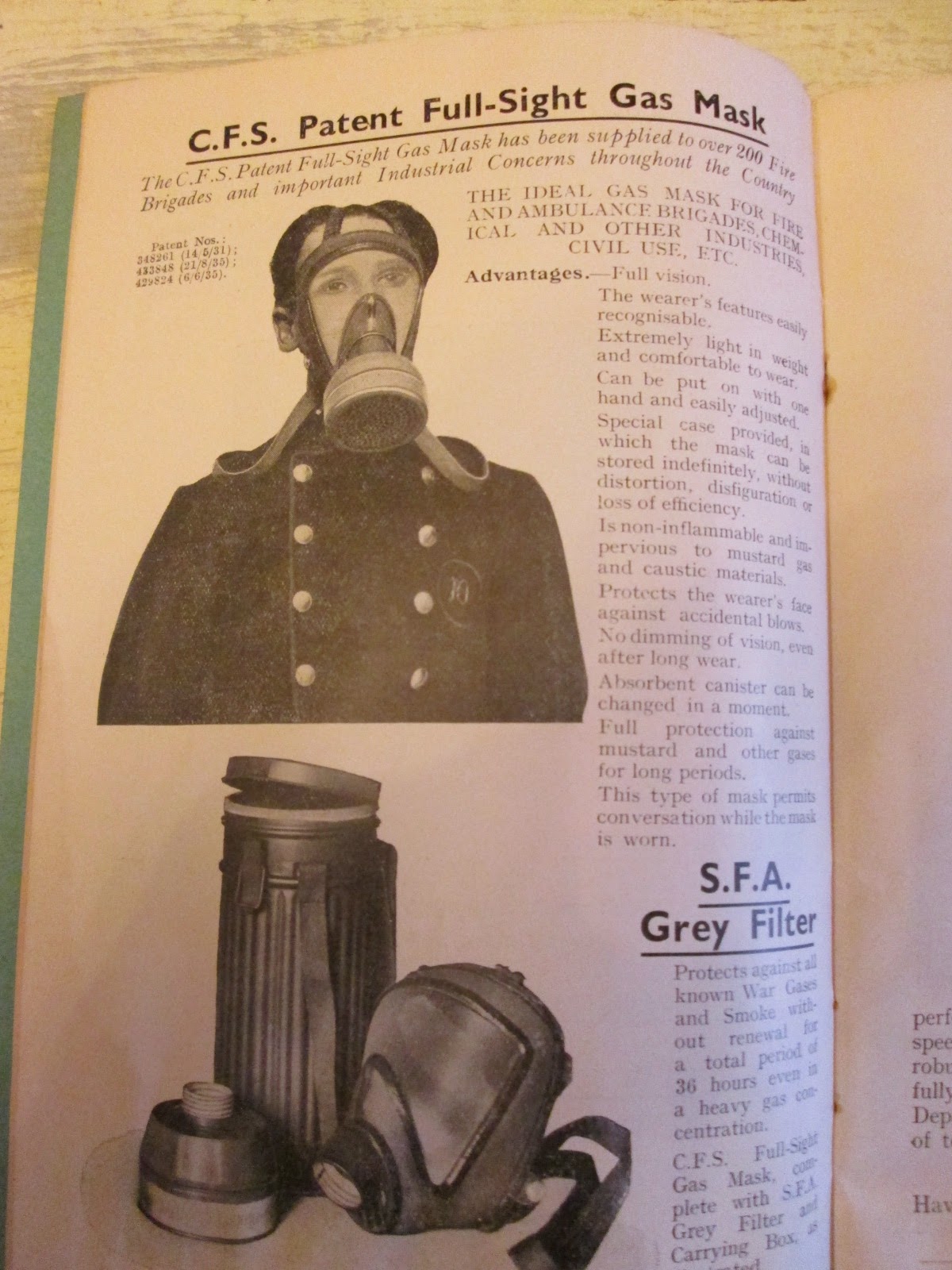 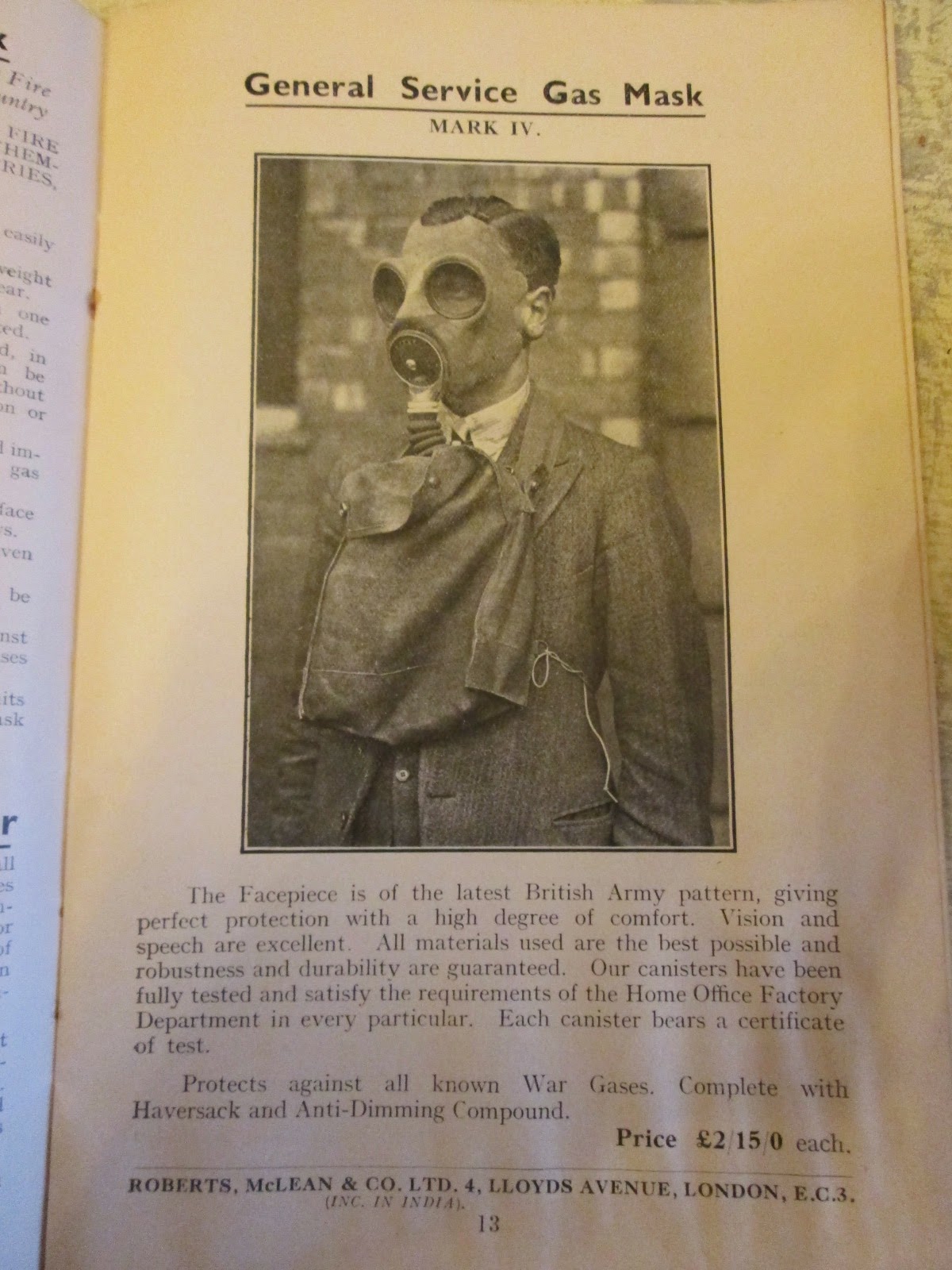 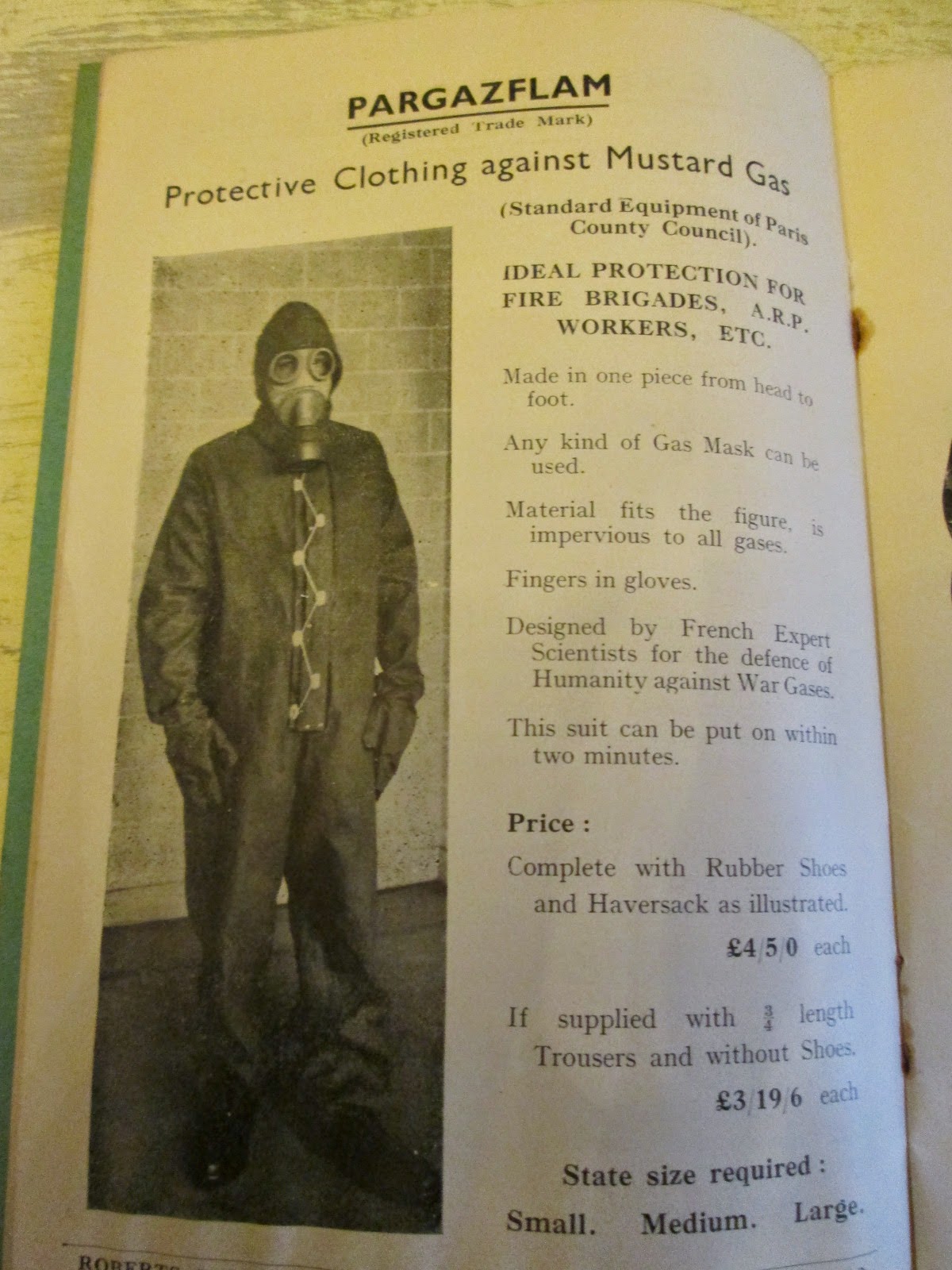 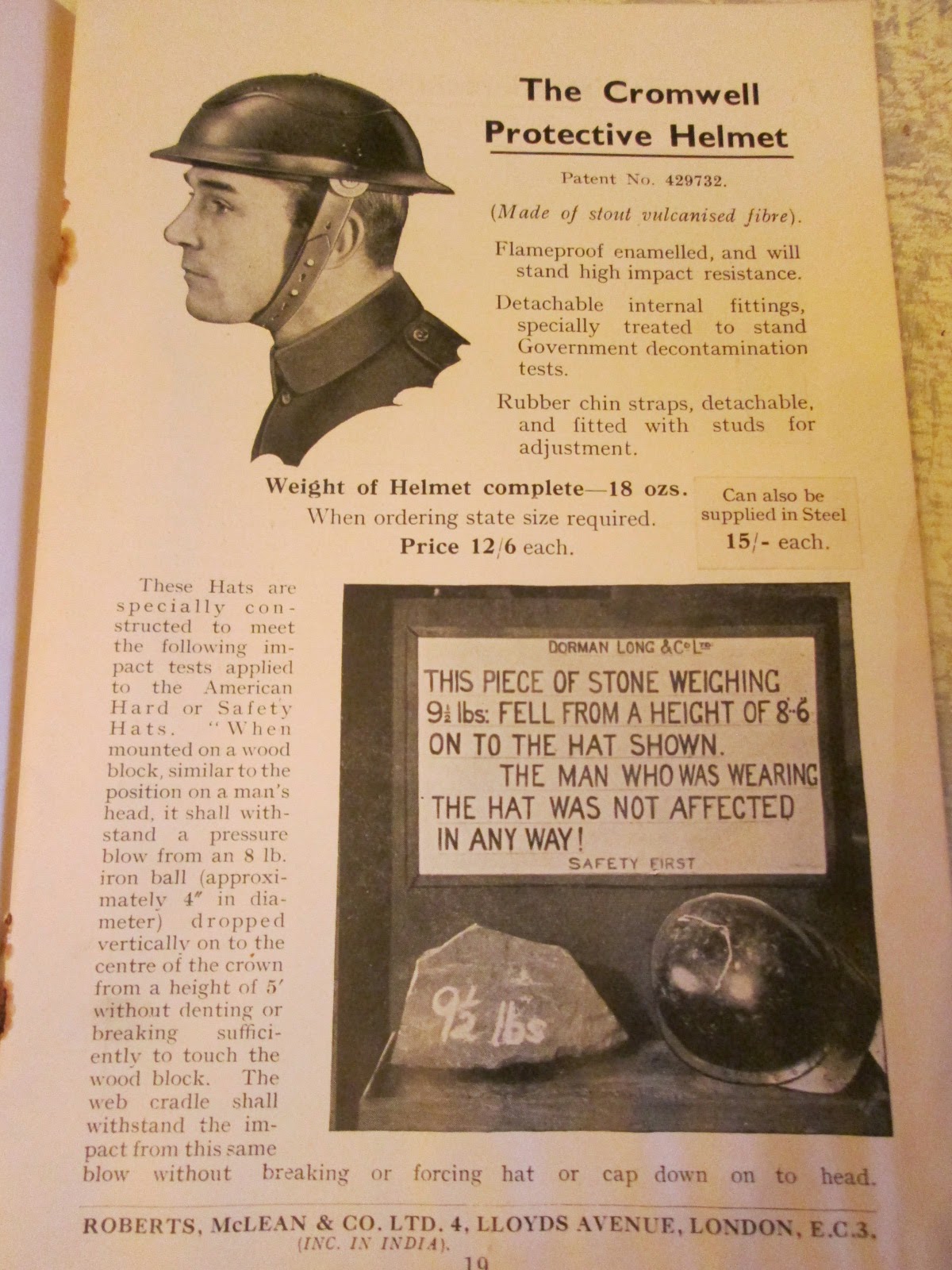 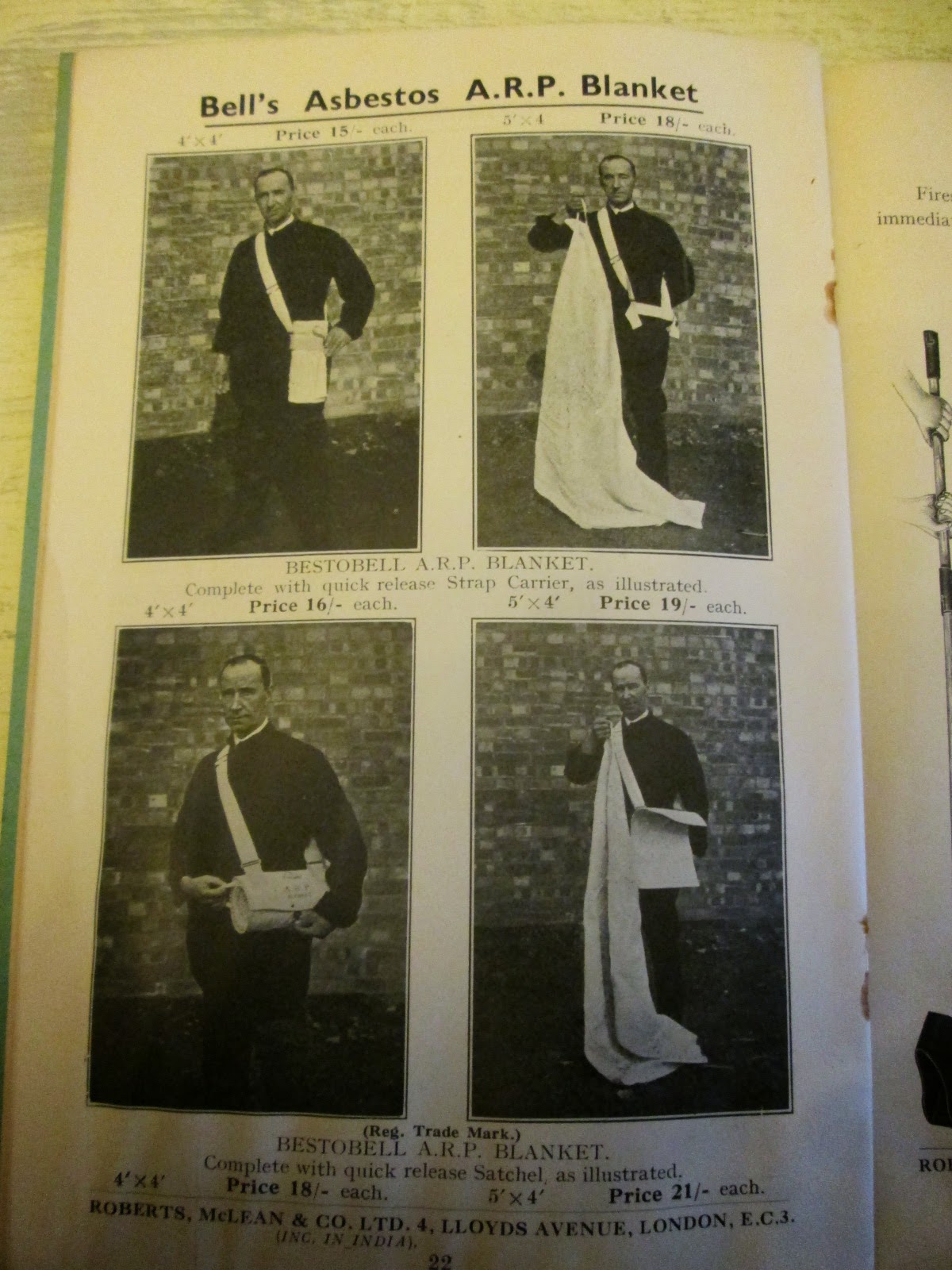 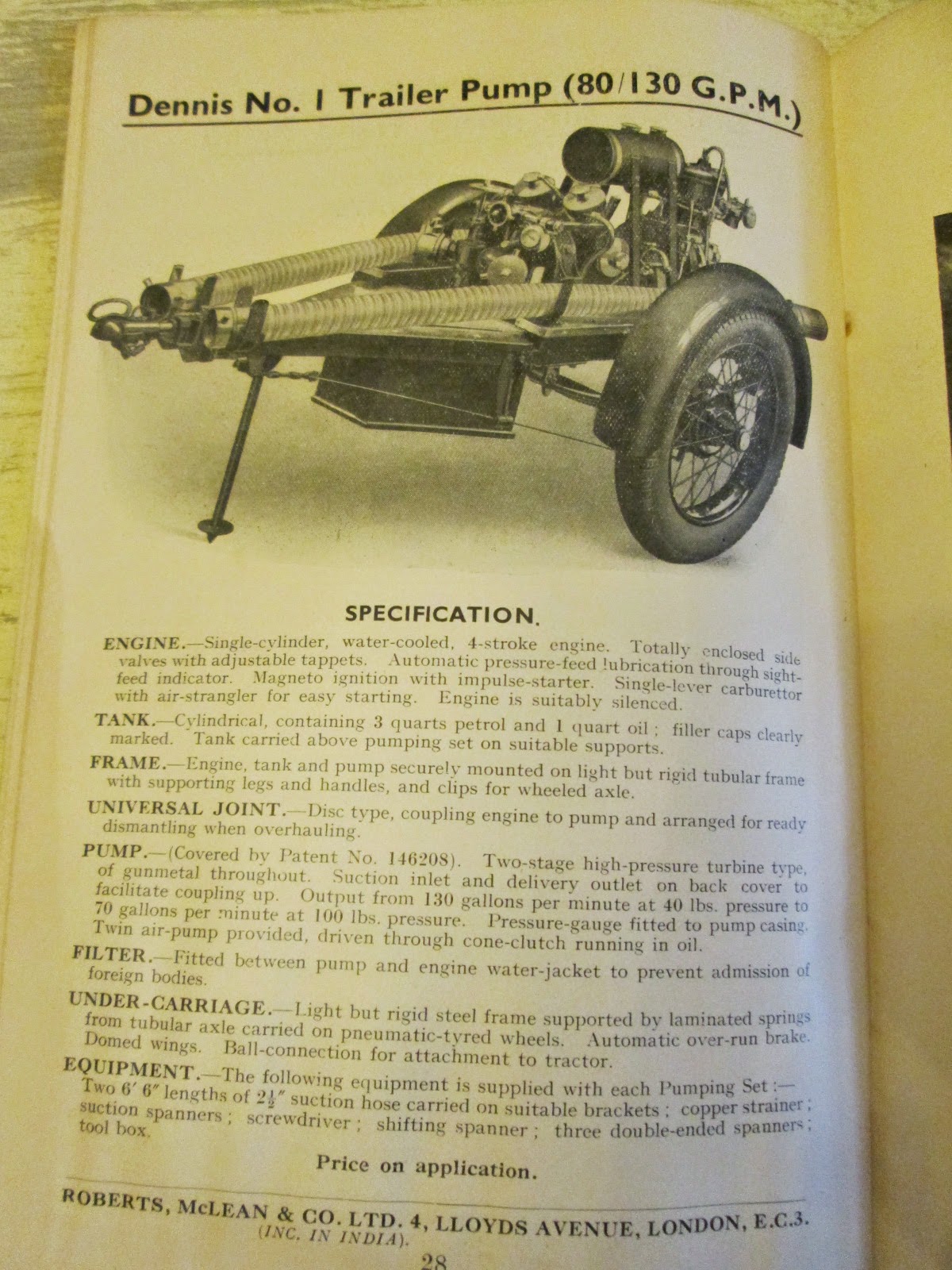 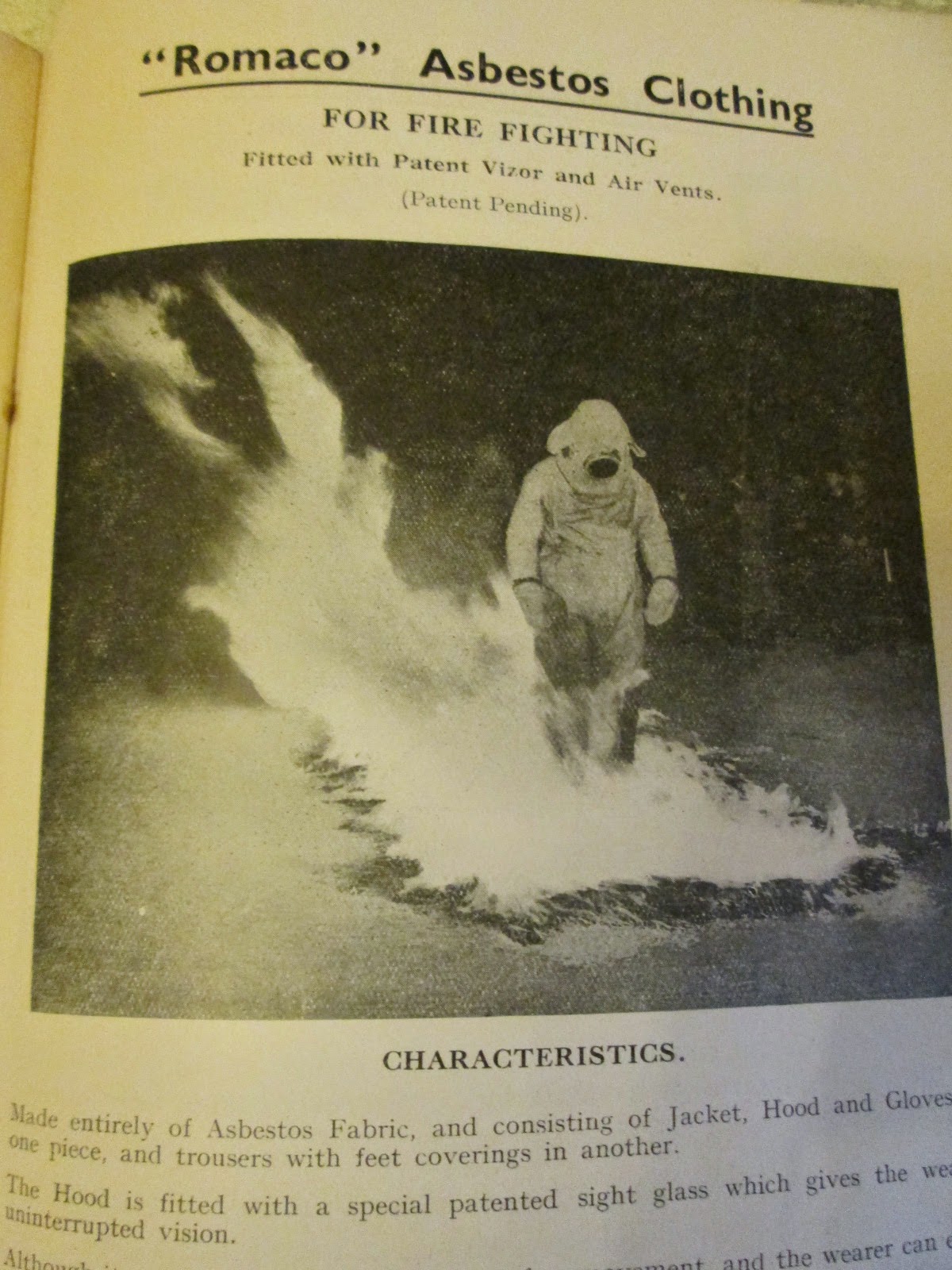 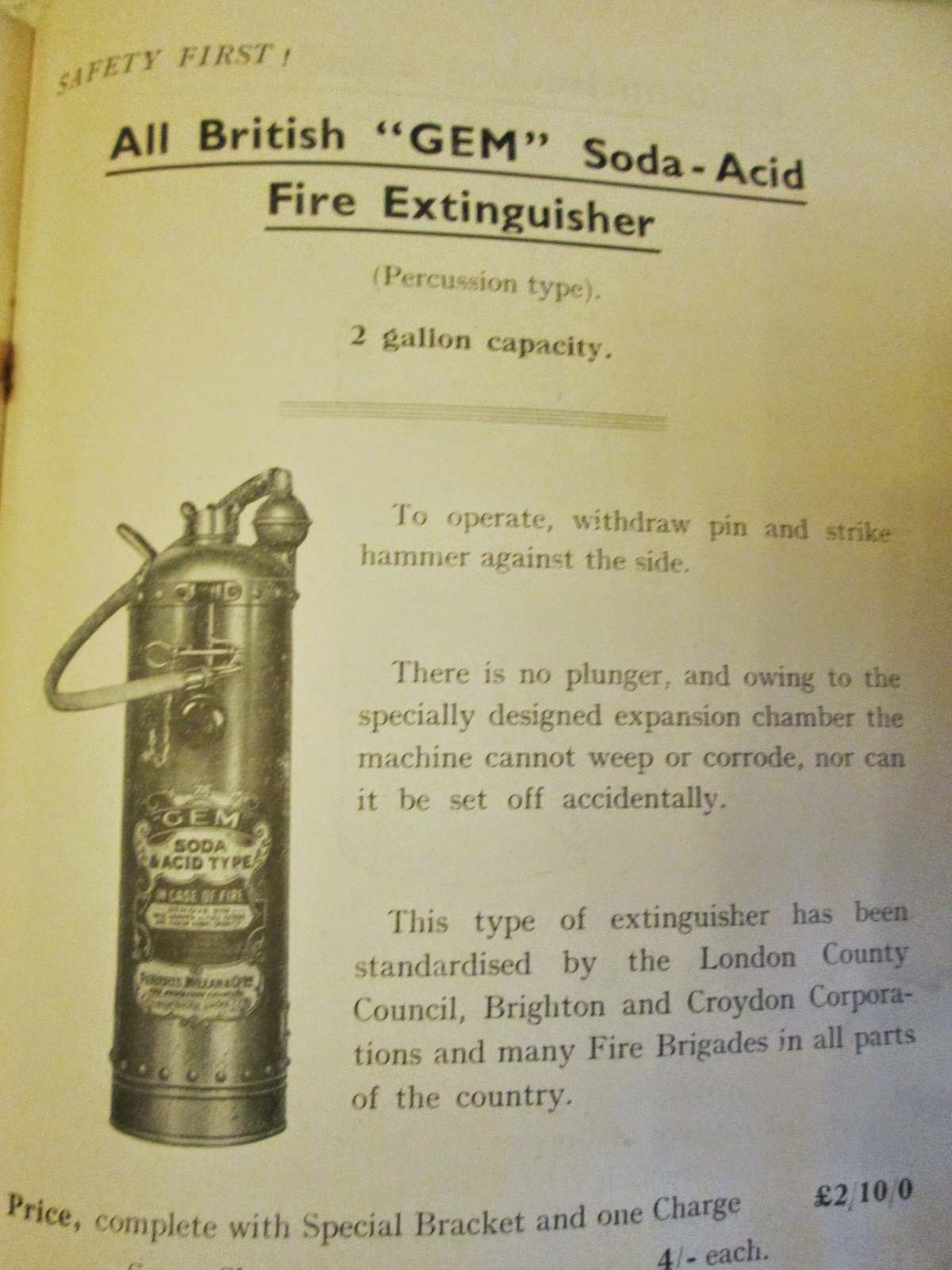 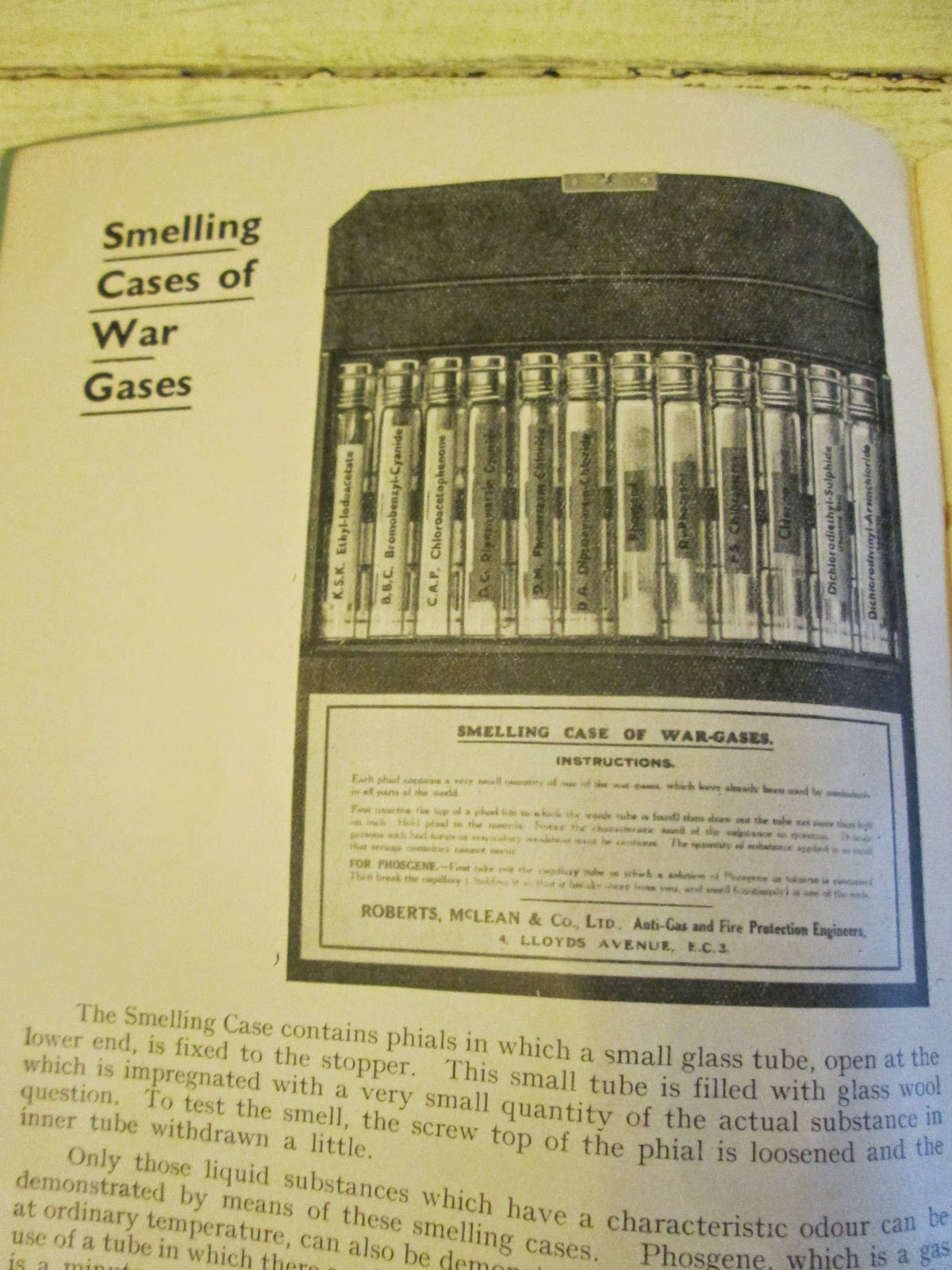 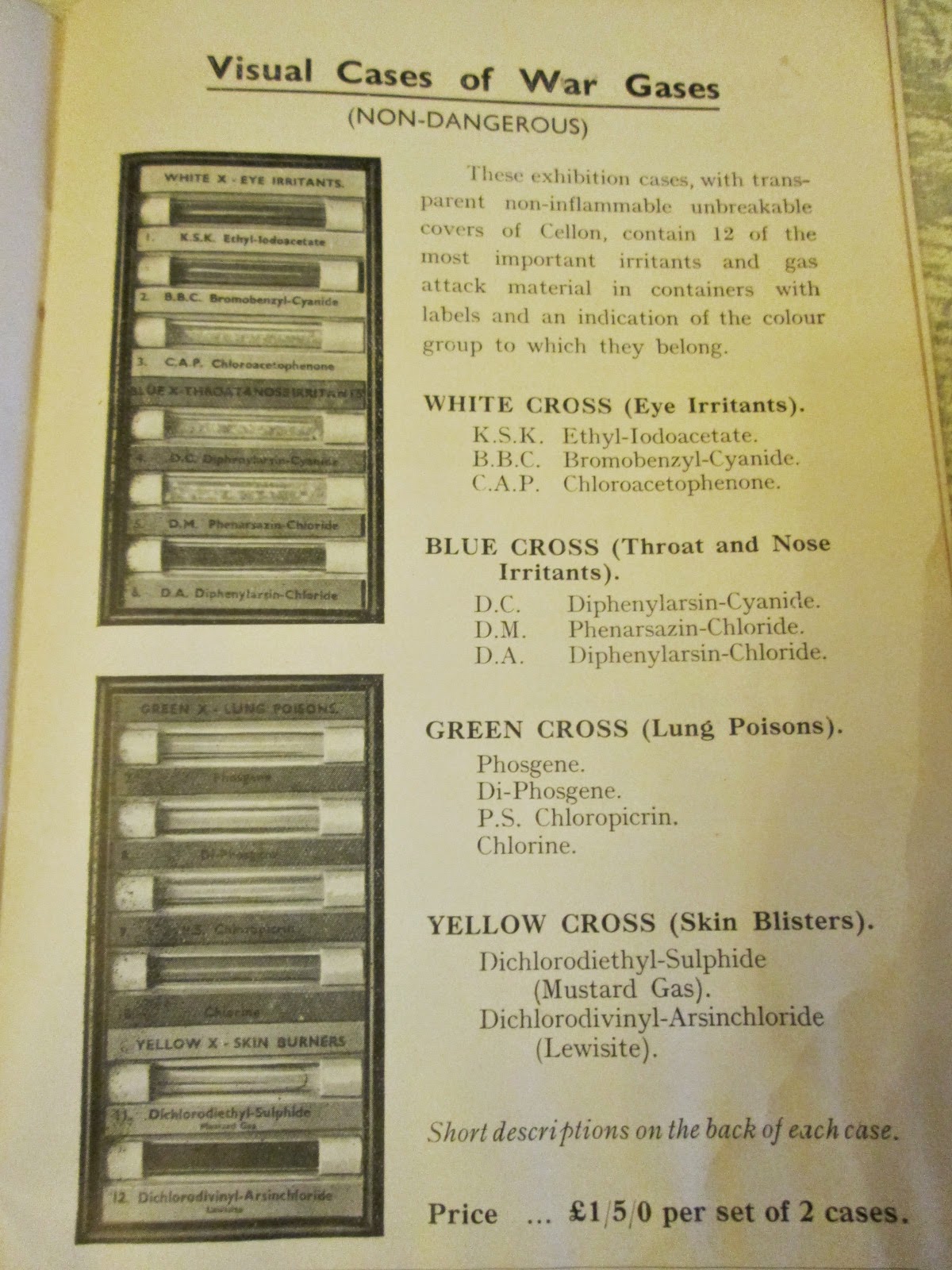