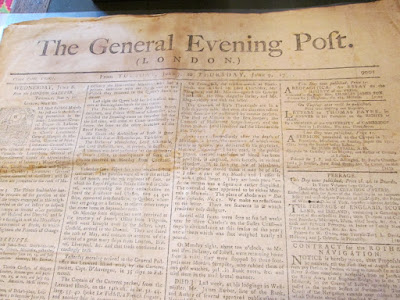 Back in June 1791, William III was King (as in Madness of...), and William Pitt the Younger was PM. Leafing through a recent arrival in the Little Shop, a rather well-preserved copy of the London newspaper The General Evening Post, gives a fascinating glimpse into the past.

Mr. and Mrs. Bellamy, returning home after 10 o'clock were "stopped by three footpads near Morden turnpike, who robbed them of two gold watches, 90l. in bank notes, &c and used them in the most brutal manner." (I daresay the same thing might well happen in 2015 if you're swanning around in Morden late at night...)

Mr. Henry Phillips' Powder for Destroying Insects back in production, after his "peculiar Misfortunes, well known to the public" had suspended it. I wonder what those Misfortunes were?

The court report is a cracker, not least because you can hear the words of the snooty defence lawyer... 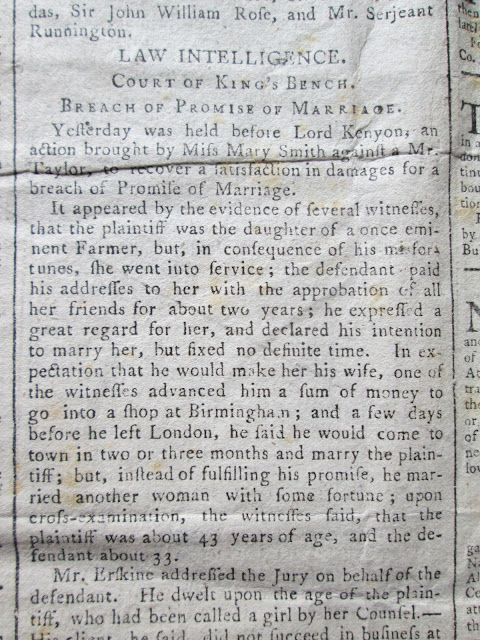 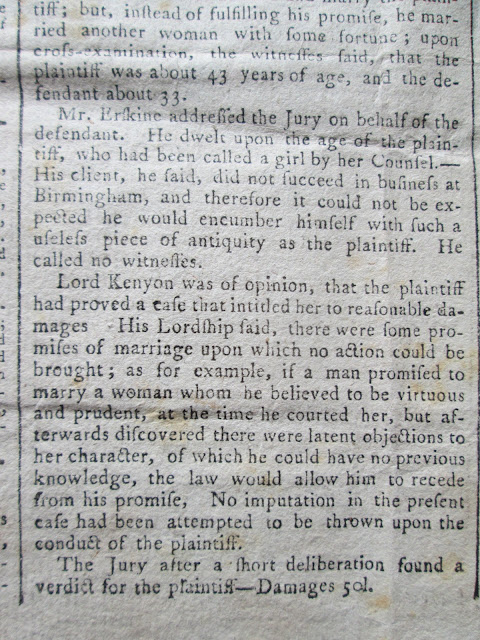 "Useless piece of antiquity" indeed! Good on her for winning. Fifty quid was a decent chunk of cash back then.

There's also good news from China, as the Chinese were evidently happy to pay good money for any old crap the West shipped over there... Heh, the West would never fall for that if the tables were turned, eh? 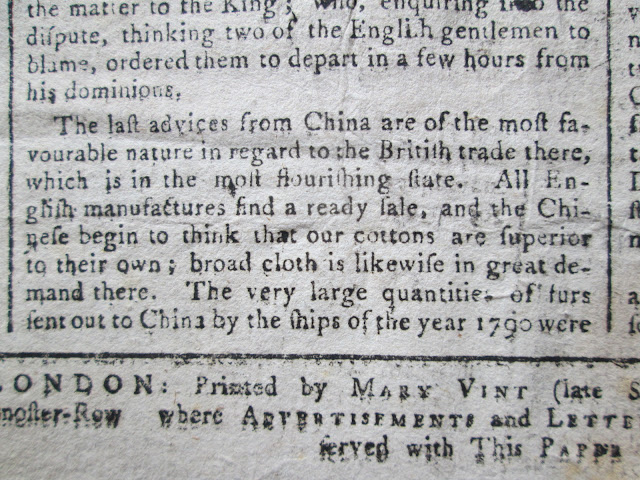 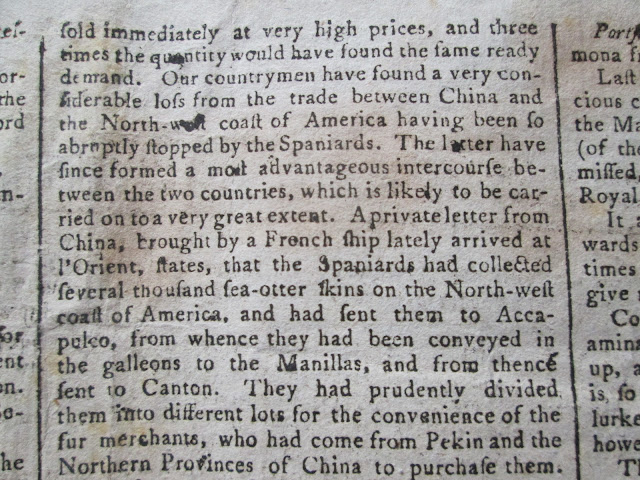 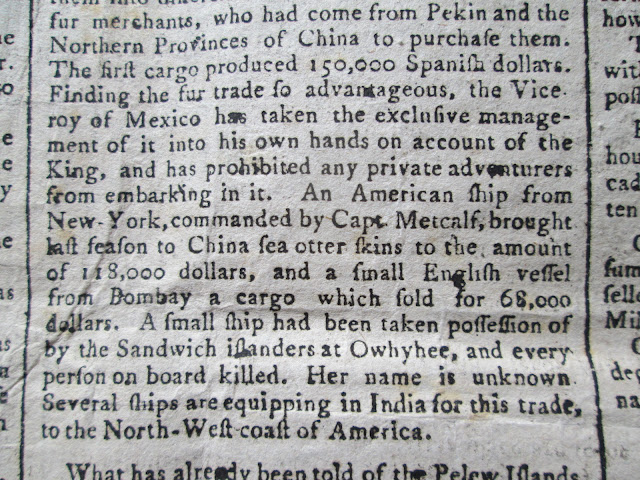 There are also a few adverts for books coming out that week... 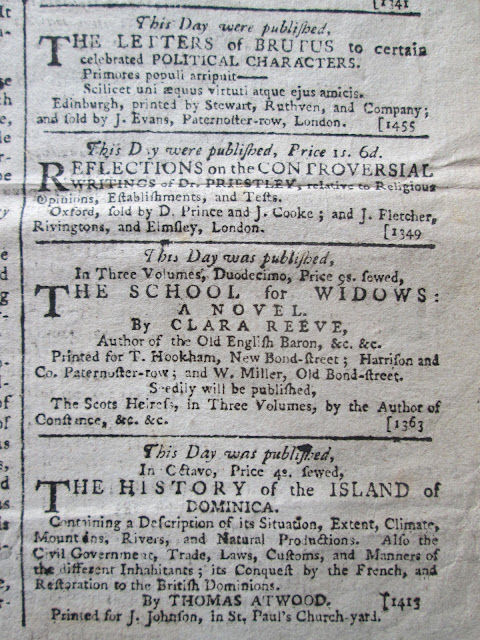 Clara Reeve is well worth a google. Her previous novel, The Old English Baron, was apparently an influence on Frankenstein. She also wrote a well-regarded history of prose fiction, The Progress of Romance. Nothing much Gothic about The School for Widows though. Apparently it 'tells the stories of childhood friends Frances Darnford and Rachel Strictland, both of whom have lived hard lives as the virtuous wives of improvident and immoral husbands, and of another tragic widow Isabella di Soranzo.' There's more on her life here.

Individual copies of newspapers this old which aren't completely knackered are hard to come by. I'm rather pleased to have this one in the shop, until it finds a new owner... 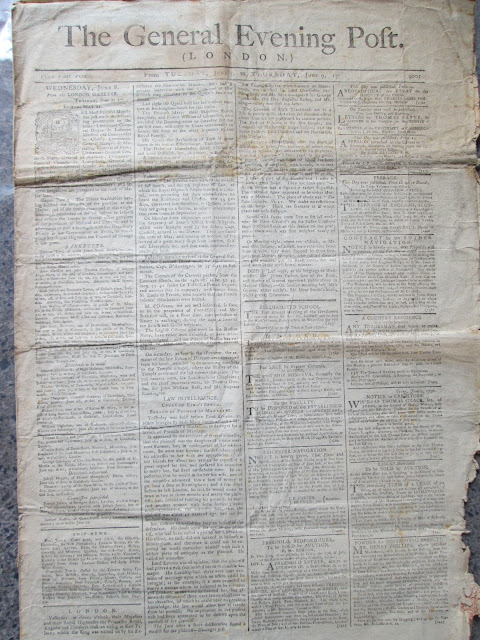 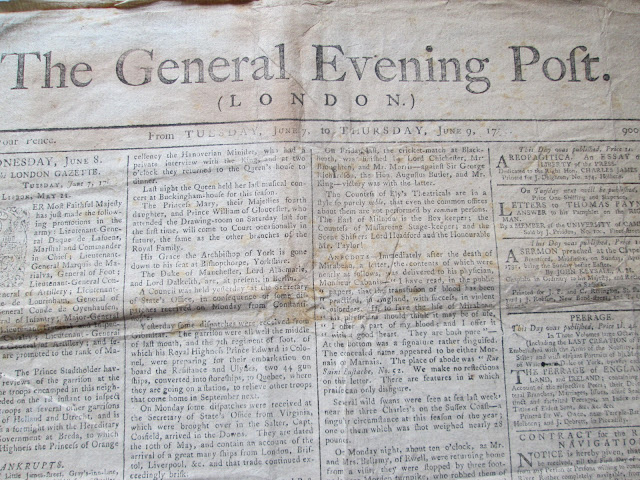 Email ThisBlogThis!Share to TwitterShare to FacebookShare to Pinterest
Labels: 1791, A School for Widows, Clara Reeve, Footpads, Frankenstein, Morden, The General Evening Post, The Old English Baron, The Progress of Romance, trade with China